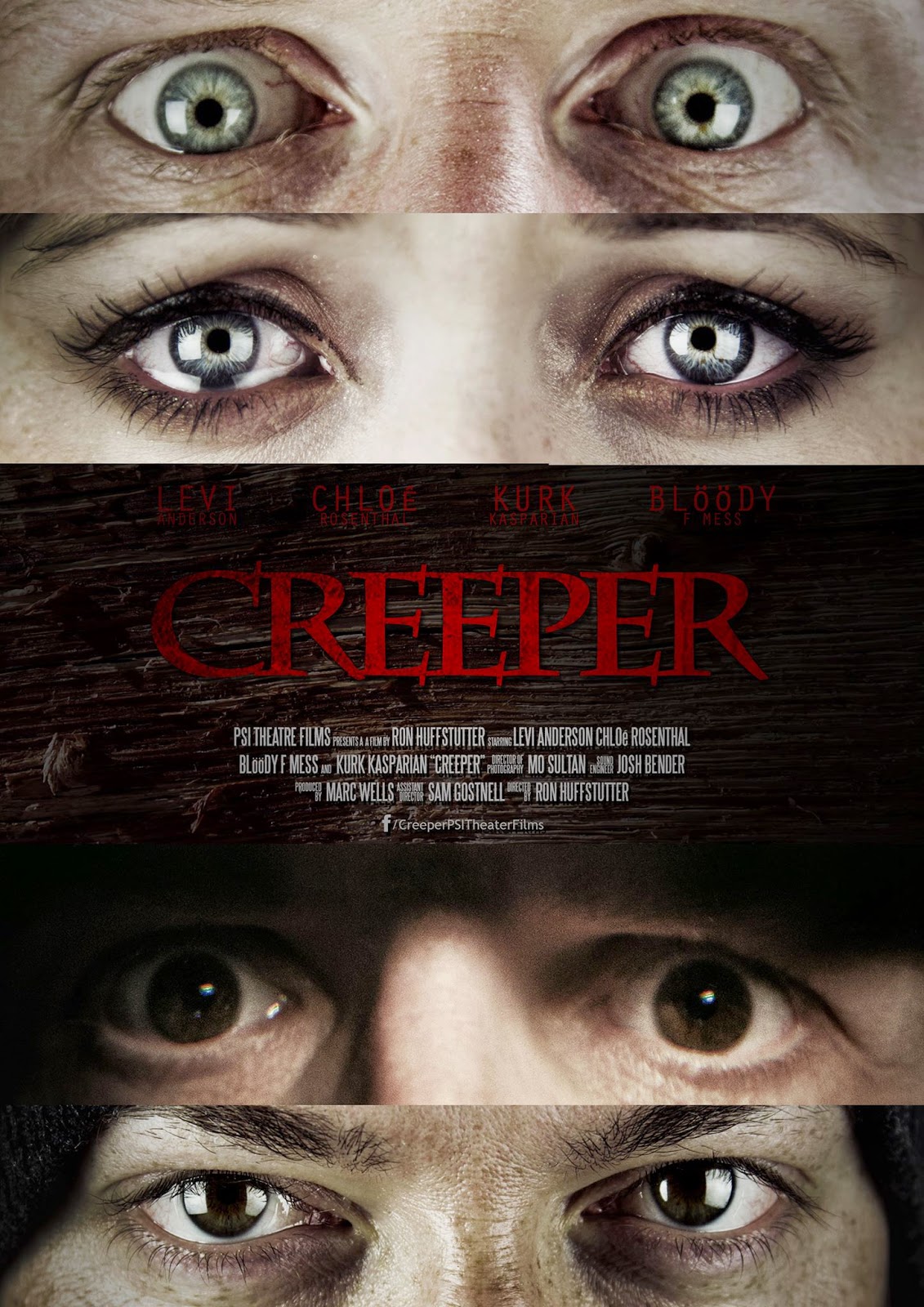 "Creeper" recently released online on to stream and download for only $3.00.

To view and purchase this film, you can visit the film's official website at : http://creeper.tunnel13films.com/

The independent feature film “CREEPER”, awarded Best Film at the 2014 Killer Valley Horror Film Festival, has just been released worldwide via the Internet for viewers to stream and download directly from the filmmakers.

“Among the lights and sounds of the city a predator roams night clubs and bars searching for victims for his sexually twisted fantasies. Even people with normal everyday jobs have their secrets that they hide from the rest of the world.”

The film is written & directed by Ron Huffstutter, graduate of Southern Oregon University’s film program. It is the first release from Tunnel 13 Films.

The 50-minute film is aimed at a mature audience due to language, violence and brief nudity.

Shooting began in late 2013, and production was limited primarily to weekends due to the schedule of the cast and crew. Principal photography was completed in 2013 and post-production was finished just days before the entry deadline for the film’s first film festival submission in April of 2014.

In addition to taking home the “Best Film” award at the Killer Valley Horror Film Festival in 2014, the film also garnered “Best Actor” and “Best Actress” awards for Levi Anderson and Chloe Rosenthal at the same festival. “CREEPER” was also an Official Selection at the Drunken Zombie Film Festival before being released online.

Tunnel 13 Films, the production company behind “CREEPER”, is trying to build their audience from the ground up, by offering this film online for free to anyone that watches it on the Official Website, or viewers can pay $3 to download the full film and watch on any device from anywhere they choose. The company plans to release all their films this way, as well as offering them direct to download from digital distributors who specialize in independent films, such as IndieReign, VHX, and Fandor. All other distributors will have a download charge, but the filmmakers plan to always allow free viewing of all their films via the official Tunnel 13 website.