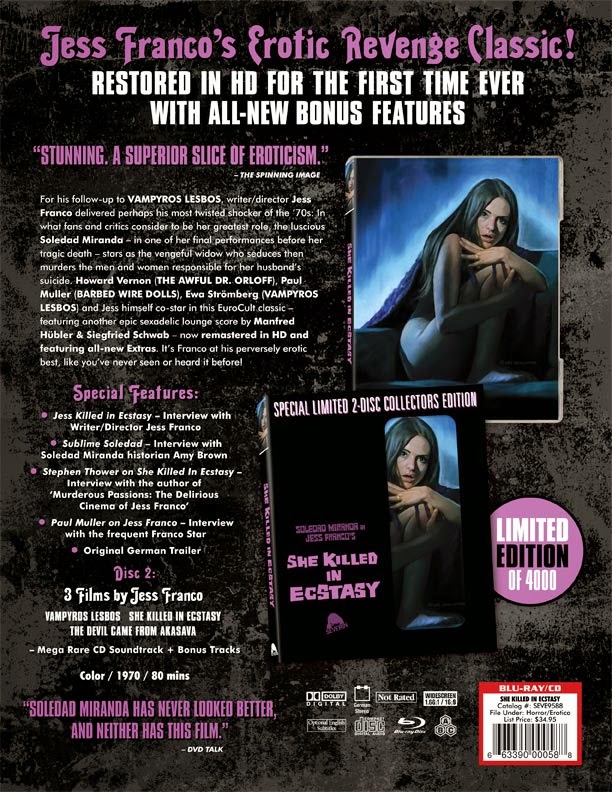 "She Killed in Ecstasy" hits retail on May 12th.

The erotically charged follow up to the Jess Franco DVD smash hit, Vampyros Lesbos.The enchanting Soledad Miranda stars as a woman intent on avenging the death of her lover, a doctor who committed suicide after his experiments on human embryos were condemned by the medical establishment. With an insatiable lust for vengeance, she sets out to kill those responsible for his suicide.
at 6:55 PM
Labels: DVD/Blu-Ray News, Jess Franco, Severin Films, She Killed in Ecstasy