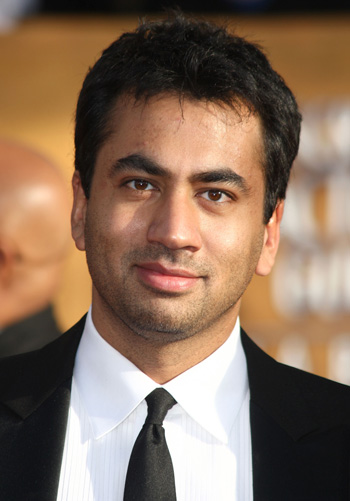 Al-Ghanim Entertainment recently send us over casting news for the upcoming Wes Craven executive produced thriller "The Girl in the Photographs". Kal Penn of Harold and Kumar fame has been in the lead role.

Production for "The Girl in the Photographs" is set to start in Canada this month.

Al-Ghanim Entertainment (AGE), a specialty financing and production company founded by Kuwaiti industrialist Nawaf Alghanim, has announced today that Kal Penn has been cast in the original thriller THE GIRL IN THE PHOTOGRAPHS, which the company will both finance and produce. Horror legend Wes Craven (A NIGHTMARE ON ELM STREET, SCREAM franchise) is set to executive produce along with Alghanim, with Craven’s protégé Nick Simon is set to direct. AGE’s Andrea Chung (SEOUL SEARCHING) will produce alongside Thomas Mahoney (PARLOR), with a script written by Simon, Oz Perkins and Robert Morast.

The film will be lensed by the veteran cinematographer Dean Cundey (BACK TO THE FUTURE, JURASSIC PARK), which marks his return to horror after lensing the original HALLOWEEN films.

THE GIRL IN THE PHOTOGRAPHS is scheduled to begin production in Canada this month. CAA is selling North American rights.

Colleen’s life isn’t going anywhere. The small town natural beauty is bored with her dead end job at a grocery store and is ready to distance herself from her abusive boyfriend. In the midst of her turmoil, a pair of deranged serial killers begins leaving her photos of their mutilated victims. Her chance to escape comes in the form of Peter Hemmings (Penn), a hipster celebrity photographer who has traveled back to his hometown of Spearfish, South Dakota with a pack of models, intent on copying the killers’ intense and unapologetic artistry and use it for an important ad campaign. When he learns Colleen is their muse, Peter resolves to make her his own and use her as the centerpiece of a photo campaign in Los Angeles. But before Colleen can leave her old life behind, she must contend with the desires of her murderous stalkers who have chosen her last night in town to execute their most provocative work to date.

Penn is best known for his comedic turn in the HAROLD AND KUMAR series and has most recently been seen in the teen thriller THE SISTERHOOD OF THE NIGHT, as well as a starring role on the CBS show “Battle Creek.”

Nick Simon, having written the thriller COLD COMES THE NIGHT and genre film THE PYRAMID, initially gained the attention of Craven with his first feature film after attending AFI entitled REMOVAL, which he both wrote and directed.

The Alghanim family, who own international conglomerates and have links to theaters in Kuwait, are backing the film as part of a slate for AGE, which is positioned to participate in various levels of filmed entertainment financing.