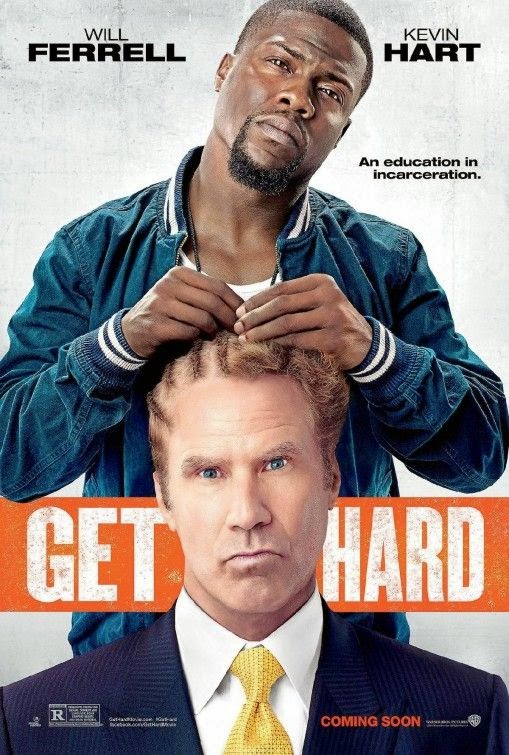 Two of the biggest comedic stars in film today, Will Ferrell and Kevin Hart, team up for this surprisingly unfunny comedy flick! The story revolves around a millionaire businessman, sentenced to ten years in prison for fraud, who hires his car washer to train him for a tough prison life, due to the fact that he's black. The movie was directed by screenwriter, turned first-time feature filmmaker, Etan Cohen; and it was written by Cohen, Jay Martel, Ian Roberts and Adam McKay (McKay also produced the film, with Ferrell). There's a few good jokes, here and there, but the movie is mostly just a bore.

James King (Ferrell) is a successful hedge fund manager; who's about to marry his beautiful, but extremely self-centered, fiancée, Alissa (Alison Brie). His car washer, Darnell Lewis, is desperately trying to come up with $30,000; to put his daughter, Makayla (Ariana Neal), in a better school. When James is sentenced to ten years in prison, for fraud, he asks Darnell to prepare him for a rough prison life; due to the fact that he thinks Darnell has already been to prison, because he's black. Darnell reluctantly agrees to the proposition, in exchange for the $30,000 he needs.

The premise is a pretty funny idea for a good comedy flick, and Ferrell and Hart are probably the two best actors for the two leading roles, but something went horribly wrong here! It could just be the inexperience of Cohen, as a director, but I also think the script probably could have used several more rewrites. Most of the jokes just aren't funny (despite the best efforts, given by all of the cast) and the movie is just a pain to sit through. Which is really surprising, given all the talent involved (especially Ferrell, Hart and the four writers). There are still a few good laughs, scattered throughout the film, but everyone involved has done much better work before. I'd almost say the movie is a complete waste of time; I'm sure Ferrell, Hart and Cohen's next films will be much better.
at 3:16 PM
Labels: Get Hard, Kevin Hart, Reviews, Warner Brothers, Will Ferrell