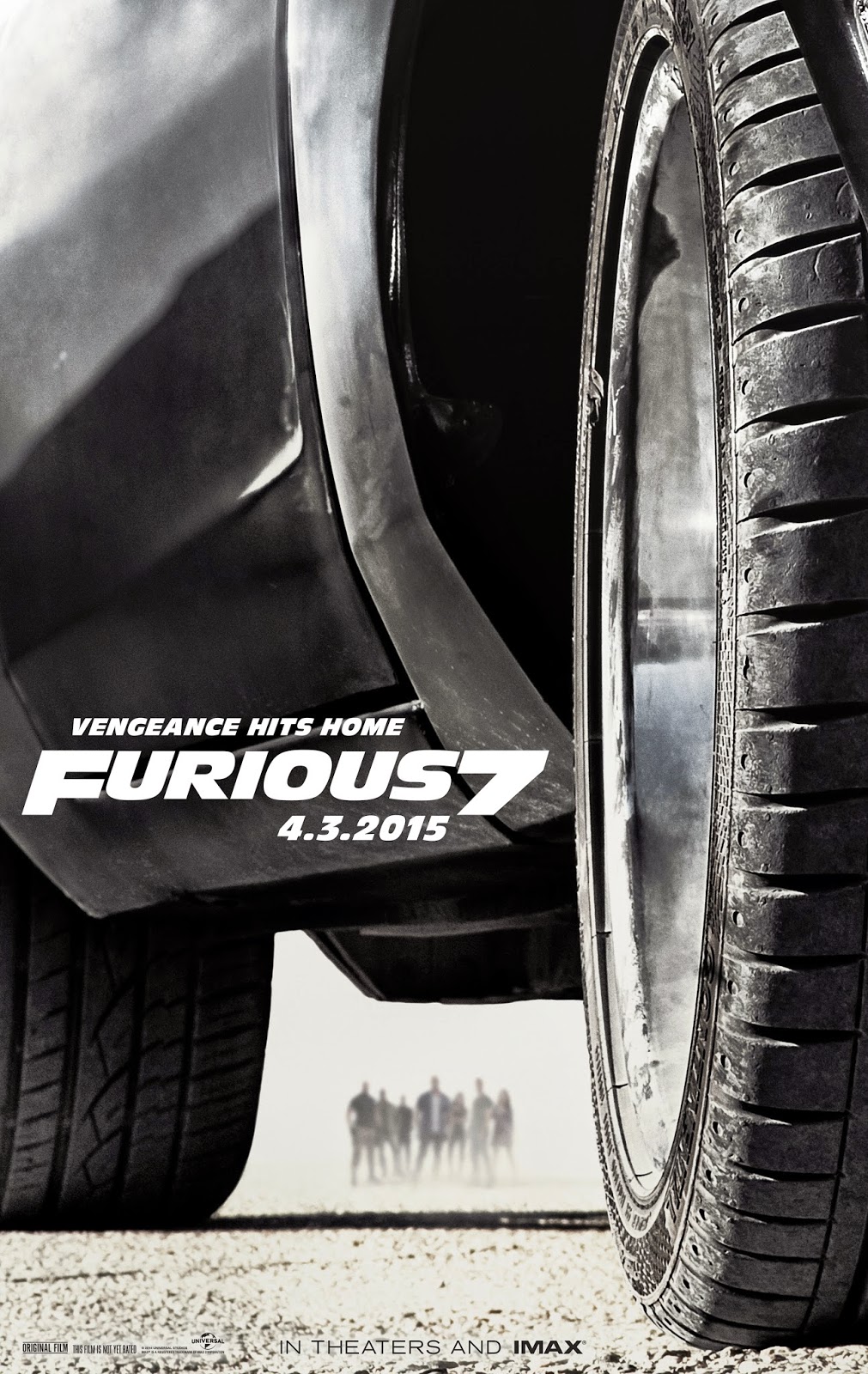 The seventh installment in the immensely popular 'FAST & FURIOUS' film franchise. It's also the last chapter to feature lead actor Paul Walker; who died halfway before filming was complete (his scenes were finished using CGI and his two brothers, Caleb and Cody, served as stand-ins). Actors Vin Diesel, Dwayne Johnson (aka The Rock), Michelle Rodriguez, Tyrese Gibson, Chris Bridges (aka Ludicrous), Jordana Brewster and others also reprise their roles from previous films; while Jason Statham, Kurt Russell, Djimon Hounsou, Tony Jaa and Ronda Rousey all join the cast this time around. James Wan (who's known for directing horror flicks; like 'SAW', 'INSIDIOUS' and 'THE CONJURING') took over directing duties, while Chris Morgan once again wrote the screenplay (as he did the last four installments). The story revolves around Dominic Torretto, and his crew, being recruited by a covert ops team; to stop a mercenary from obtaining a dangerous computer program. It's the first film, in the series, to take place after the events of 'TOKYO DRIFT'. I think it's the best installment of the series and a fitting tribute to Paul Walker.

The story begins with criminal Deckard Shaw (Statham) breaking into the hospital where his comatose brother, Owen (Luke Evans, reprising his role from the previous chapter), is being held. He promises revenge and then proceeds to track down Dominic Torretto (Diesel), and his team, for what they did to his brother (in the previous movie). Deckard kills Han (Sung Kang) in Tokyo (an event that took place in 'TOKYO DRIFT'), which makes Torretto, Brian O'Conner (Walker), and the rest of their crew, bloodthirsty for revenge against Shaw. At the same time they're enlisted, by a secret government official called 'Mr. Nobody' (Russell), to track down a deadly computer program; and stop it from falling into the hands of a dangerous mercenary, named Jackande (Hounsou).

The film is once again filled with spectacular action scenes and breathtaking stunts. It's of course completely unbelievable and almost cartoonish, almost all of the time, but it's still immensely entertaining. I wasn't a fan of the original movie, or the series; until they added The Rock, in 'FAST FIVE'. That's when the filmmakers really took the series to a whole 'nother level (almost comparable to 'THE EXPENDABLES' franchise; with all of the action stars they keep adding to every movie). I've seen every film in the series (I just recently saw 'TOKYO DRIFT' for the first time) and I'm just now becoming a fan of the franchise. It's sad to see Paul Walker go, but they do pay a great tribute to him (in the end of the film). This is definitely (by far) the best chapter in the series (despite all of it's cheesy melodrama) and I look forward to seeing future installments now (especially if they keep adding more cool action stars). The series is definitely pleasing to action movie lovers (and not just for car lovers anymore). It's still not a perfect franchise but it does keep getting better!
at 6:45 PM
Labels: Dwayne Johnson, Furious 7, Jason Statham, Paul Walker, Reviews, Ronda Rousey, Universal Pictures, Vin Diesel