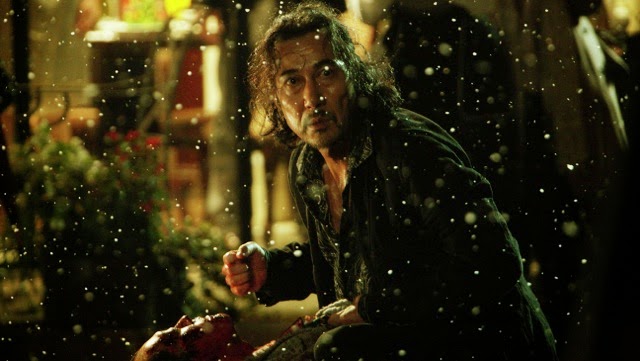 No release date was announced it will screen in select theaters across North America and will be released on a variety of VOD platforms and digital, DVD, and Blu-ray formats.

Based on a 2005 novel by Akio Fukamachi, often deemed unfilmable due to the lurid nature of the narrative, and drawing comparisons to groundbreaking Asian cinema genre classics such as Kim Jee-woon's I Saw the Devil, Park Chan-wook's Oldboy and Takashi Miike's Ichi The Killer, The World Of Kanako is an expertly-crafted, relentless sledgehammer to the senses. Critical and popular response to the film in Japan prompted Nakashima to release a statement which helped audiences understand the "grotesque" nature of the film.

In The World Of Kanako, broken ex-detective Akikazu (the prolific Kôji Yakusho; 13 Assassins, Babel, Shall We Dance?) searches for his missing teenage daughter (newcomer Nana Komatsu), only to discover that she may not be the person who he once thought she was a shocking trail of drugs, sex and violence. Kanako is Nakashima's ninth feature, following the highly acclaimed and equally devastating Confessions, Japan's submission to the 2011 Academy Awards.

Drafthouse Films COO James Emanuel Shapiro was very pleased with the pickup. "This movie is an all out depraved and constant assault on your morality and your senses and I loved every second of it. It's perverse. It's kinetic. It's incredible." "I'm really thrilled to have the film distributed by Drafthouse Films," says Nakashima, who added cryptically that he "cannot wait to hear the reaction to the film in North America."

The World Of Kanako will screen in select theaters across North America and will be released on a variety of VOD platforms and digital, DVD, and Blu-ray formats.

The deal was negotiated by Carole Baraton from Wild Bunch on behalf of Gaga Corporation and James Emanuel Shapiro from Drafthouse Films.
at 3:04 PM
Labels: Drafthouse Films, Indie News, The World of Kanako