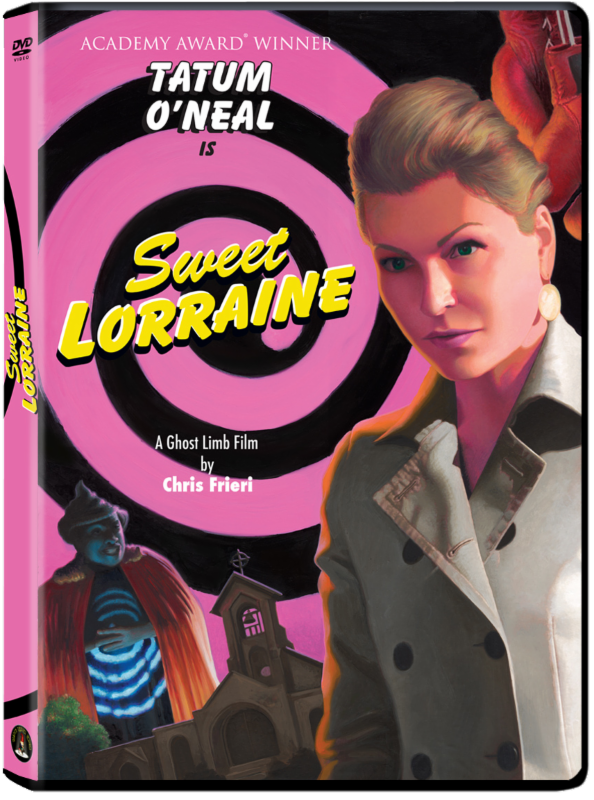 Garden Thieves Pictures has announced that Christopher C. Frieri's Sweet Lorraine will be available nationwide on cable and internet VOD and DVD Thursday, April 23rd. Academy Award winner Tatum O'Neal (Paper Moon, Little Darlings, "Rescue Me") is Sweet Lorraine, a Jersey housewife whose past in the clubs and streets of New York City rears its ugly head as her husband campaigns for office in their small town. Steven Bauer ("Ray Donovan", Scarface), Peter Greene (Pulp Fiction) and Julianne Michelle (Apartment 1303) round out the citizens of Lorraine's white picket fence town.

Lorraine Beebie, the perfect minister's wife in suburban New Jersey, has one goal: to see her husband as the mayor of the small town in which she has rebuilt her life. Lorraine's quest comes head to head with her seedy and sultry past in New York City, a past that includes her ex-lover, the current mayor. Lorraine's secrets, along with the many others hidden behind white picket fences, threaten to surface throughout the campaign. The film confronts social issues head on and makes satirical commentary on the gender divide using dark humor and boxing.
at 3:49 PM
Labels: DVD News, Garden Thieves Pictures, Sweet Lorraine