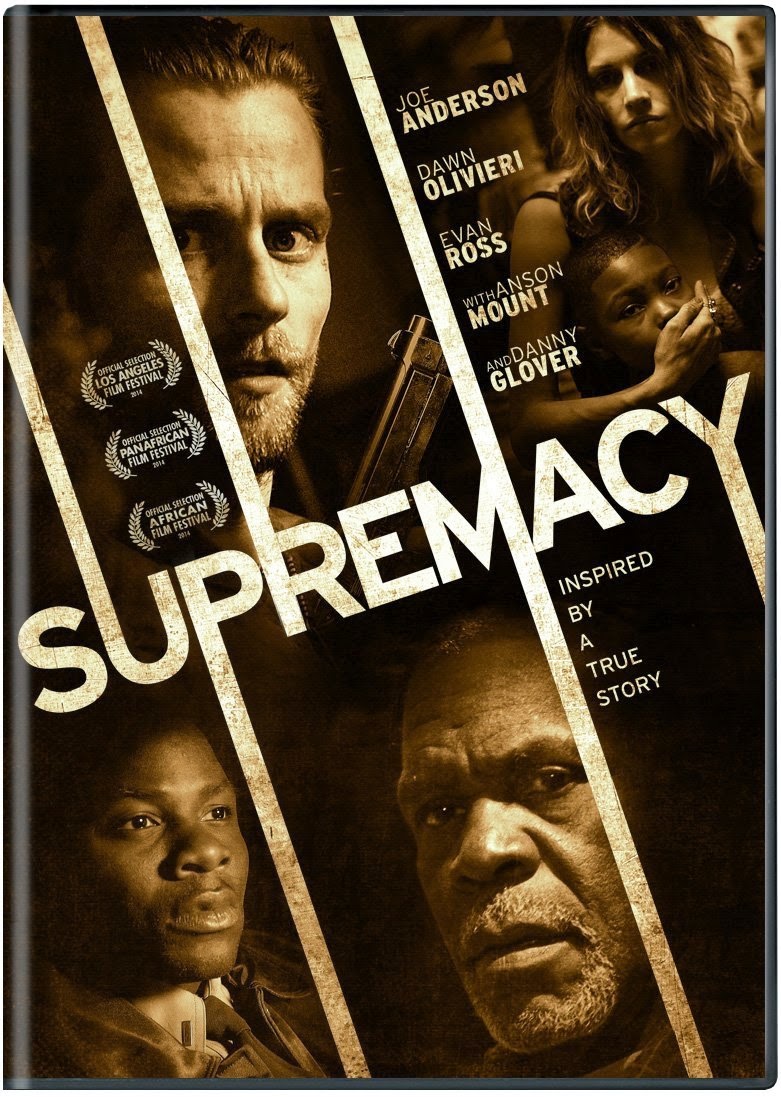 Danny Glover (Lethal Weapon franchise), Joe Anderson (Hercules, Horns) and Dawn Olivieri (“The Vampire Diaries,” American Hustle) star in Director Deon Taylor’s (The Hustle) racially-charged thriller SUPREMACY, debuting on Blu-ray™ and DVD April 21 from Well Go USA Entertainment. Recently paroled white supremacist Tully (Anderson) and his girlfriend (Olivieri) find themselves pursued by a cop on Tully’s first night out of jail. After shooting the cop, the couple flee the scene and, in desperate need of a place to hide, resort to invading the home of an unsuspecting family, taking them hostage. Mr. Walker (Danny Glover), an ex-con and the patriarch of the captured family, makes a last-ditch attempt to save his relatives by using his understanding of the racist mind to manipulate his volatile captors. Bonus materials on SUPREMACY include a “Behind the Scenes” featurette.

Synopsis: Tully (Joe Anderson) just got paroled. But his first night out could be his last. He just killed a cop. He's on the run. And no one’s going to listen to an ex-con aligned with the Aryan Nation. His leader (Anson Mount) just cut him loose, and as the police close in, Tully and his girlfriend (Dawn Olivieri) add home invasion and hostage-taking to their list of crimes. But no one counted on Mr. Walker (Danny Glover), an ex-con himself, to fight back – using his understanding of the racist mind to turn the tables on a desperate and violent man. Will it be enough to keep his family alive?
at 6:06 PM
Labels: Danny Glover, DVD/Blu-Ray News, Supremacy, Well Go USA