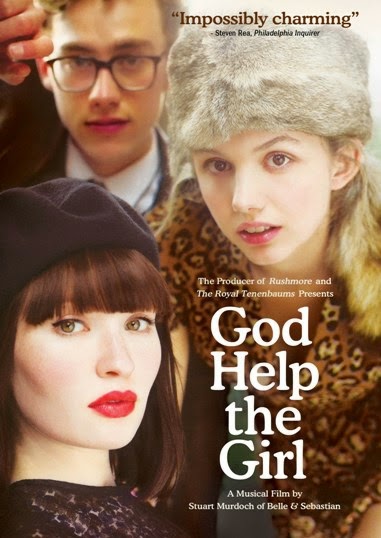 On April 14, 2015, Anchor Bay Entertainment and Amplify will release God Help the Girl, a whimsical story of hope and friendship, all made possible by the power of song. Written and directed by Stuart Murdoch, lead singer of the beloved indie group Belle & Sebastian, God Help the Girl is equal parts reality and fancy: an accessible dream. This diverting, delicious, and delightfully different musical won the World Cinema Dramatic Special Jury Award at the 2014 Sundance Film Festival, and will be available on DVD for an SRP of $22.98.

Eve (Emily Browning, Pompeii, Sucker Punch) is a catastrophe. A reluctant patient spending time at a mental health clinic, she’s low on self-esteem but high on fantasy, especially when it comes to music. Over the course of one Glasgow summer, she meets two similarly rootless souls: posh, restless Cass (Hannah Murray, “Game of Thrones”, Dark Shadows) and fastidious James (Olly Alexander, “Penny Dreadful”, “Skins”). These three unique characters are drawn to each other as well as music, and they decide that there is only one thing that can save them from their discontent: form a pop group.

God Help the Girl is a gentle tale of three talented yet lost individuals who create a band to seek fun, friendship, fans…and escape. Eventually, however, the choice between daydreams and real life becomes an unavoidable one. They must learn to face disillusionment too: and then decide whether they can help each other, or if they need help at all!
at 6:19 PM
Labels: Amplify, Anchor Bay Entertainment, DVD News, God Help the Girl