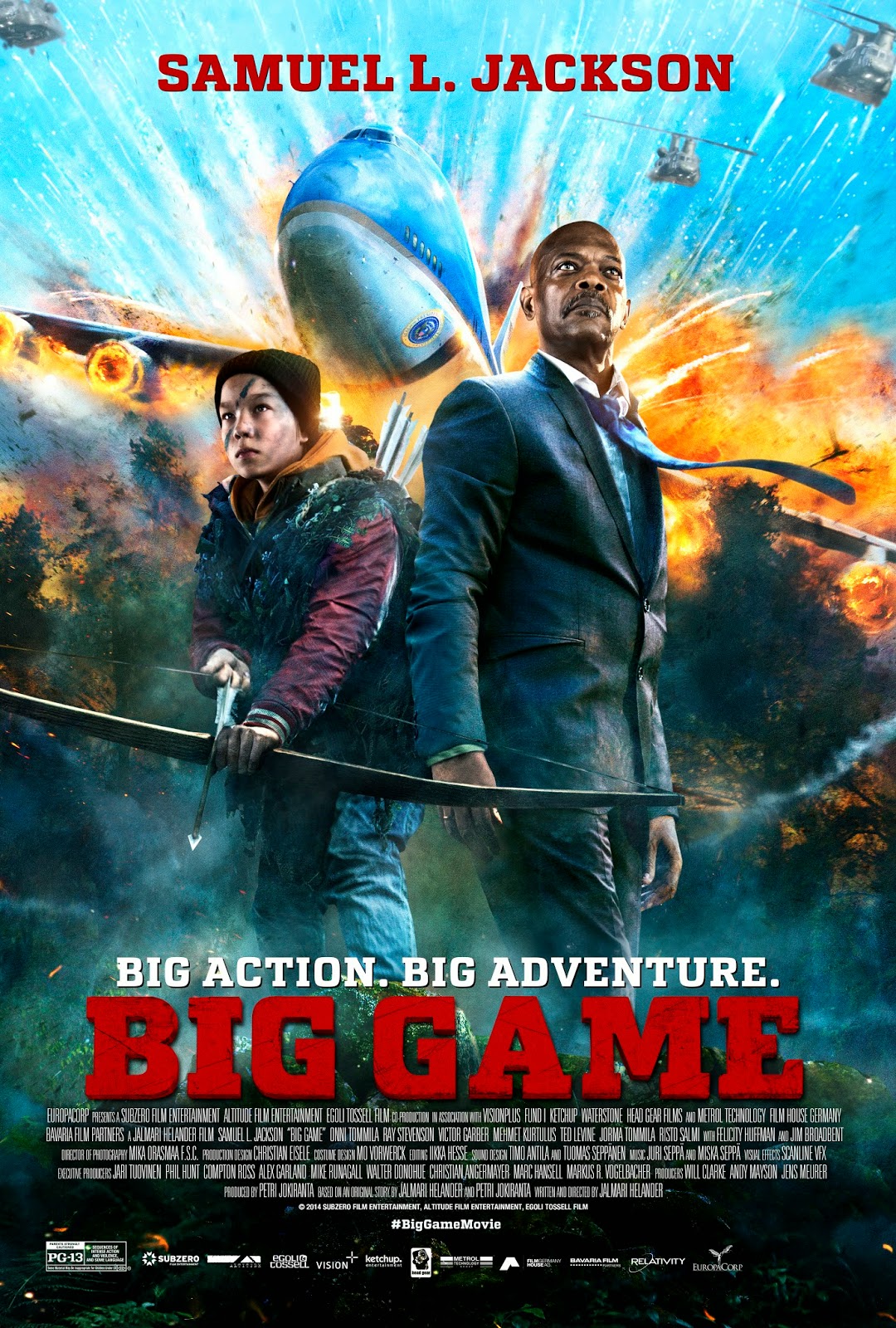 For more information on this film, you can visit the film's official Facebook page at: https://www.facebook.com/BigGameMovieUS.

In the rugged countryside of Finland, a young thirteen-year-old (Onni Tommila) embarks on a traditional quest to prove himself by spending 24 hours alone in the wild, armed with only a bow and arrow. After witnessing a spectacular crash, he discovers the escape pod from Air Force One, containing the President of the United States (Samuel L. Jackson). When they realize a group of kidnappers is hot on their trail with the intention of taking the president, this unlikely duo must escape their hunters as they search for the American Special Forces team sent out to find them.