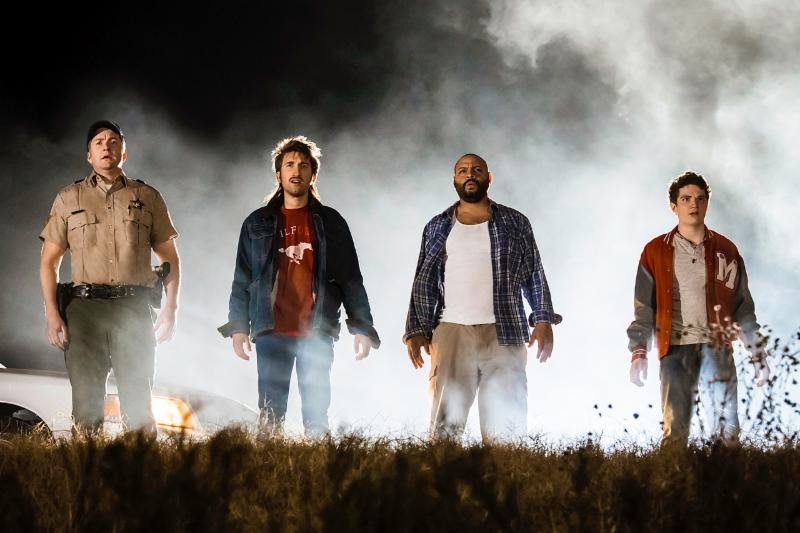 LAZER TEAM begins decades ago when the Search For Extraterrestrial Intelligence project received a onetime signal from outer space, which was never decoded. Or so we were told. Unbeknownst to the general public, the secretly translated signal said two things: One, we are not alone, and two, the galaxy is a dangerous place. Working in total secrecy, the US government has been training a single Champion of Earth - a warrior of incredible skill to don a suit of unimaginable power designed by new alien allies in preparation for Earth's battle for survival against an evil race of aliens. Unfortunately, the suit never made it all the way to its intended destination. Instead of a lone savior, four hapless idiots find the suit and are thrust into the role of heroes as the titular Lazer Team.