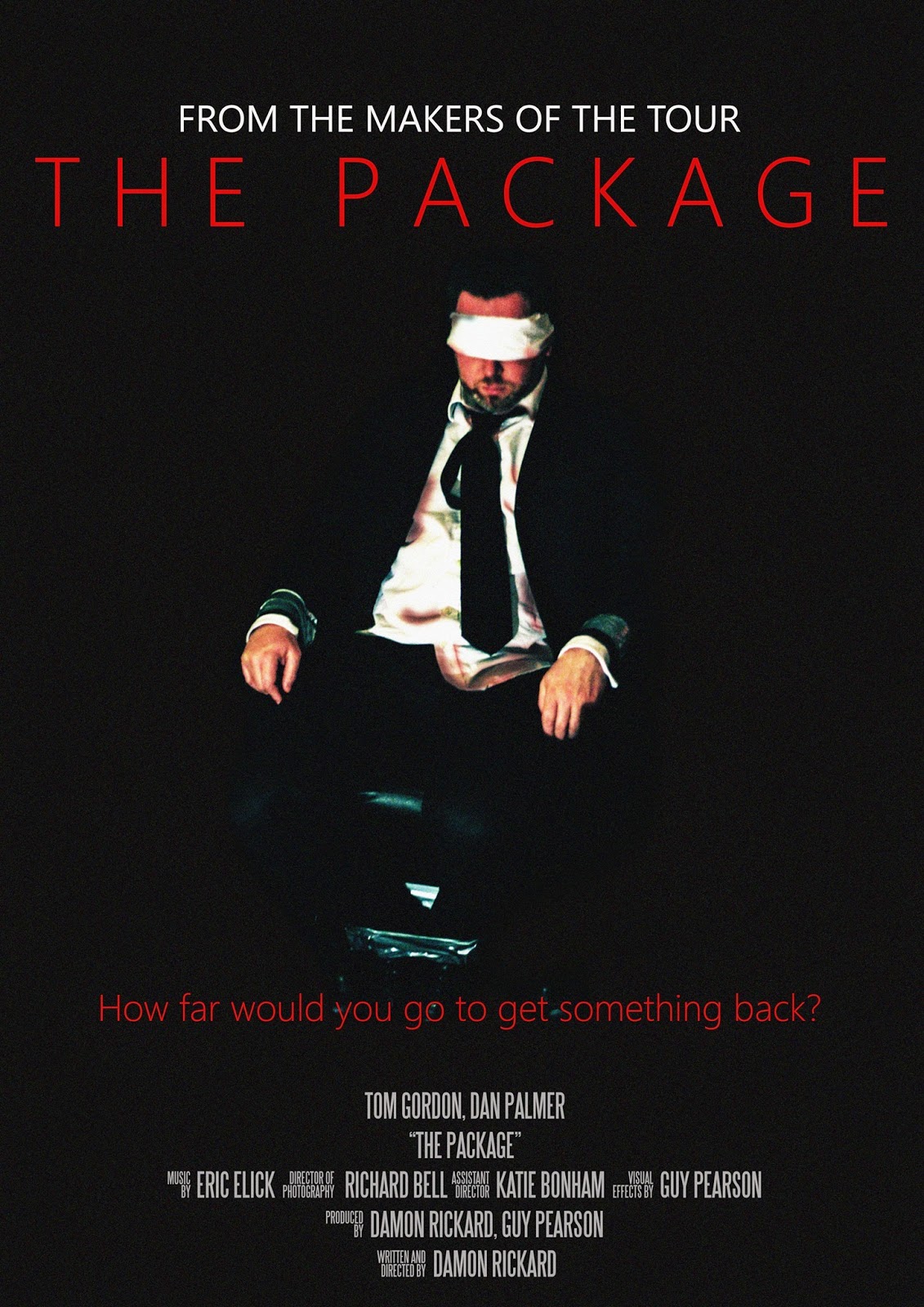 Director Damon Richard (The Tour) and producer Annette Richard has send us over information about production and fundraising for their latest film "The Package". The film stars Tom Gordon (The Tour) and Dan Palmer (Freak Out).

The filmmakers are looking for your help in raising funds for their film. They are looking to raise 3,500 euros or 3,795.75 US dollars by April 19th. This is flexible funding campaign meaning it will receive all its funds on April 19th.

For more information on this IndieGoGo campaign, you can go to: https://www.indiegogo.com/projects/the-package--2/x/2929504

For more information on this film, you can visit the film's official Facebook page at: www.facebook.com/thepackagemovie2015

Damon Rickard, one of the directors of The Tour, is back with a new project due to shoot in a few weeks called The Package which he wrote and will be directing.

"The Package" is a short horror film from the makers of The Tour about how far someone will go to get something back. It walks through those blurred lines that can exist between good and evil actions that men do. Your perception of which is which all comes from the information you have to go on. Written and directed by Damon Rickard, The Package wants to challenge your perception from the first minute to the last as all is not necessarily what it seems.

Starring Dan Palmer from festival favourite Stalled and The Tour's Tom Gordon, The Package is currently in fundraising stages and if you want to help get this film made then you can head on over to https://www.indiegogo.com/projects/the-package--2/x/2929504 to find out more about what perks are available. Or you can keep up to date with the film on Facebook at www.facebook.com/thepackagemovie2015. You can also watch the teaser trailer, composed by The Tour's Eric Elick, at https://youtu.be/-Oni9CSY73I.

Damon had this to say about his upcoming project "Very excited to shoot this. I have an exceptional cast and crew, a number of which worked on The Tour, and it will look fantastic. The location is simply amazing and will add so much to the vision of this film and I can't wait to get this out to you all."