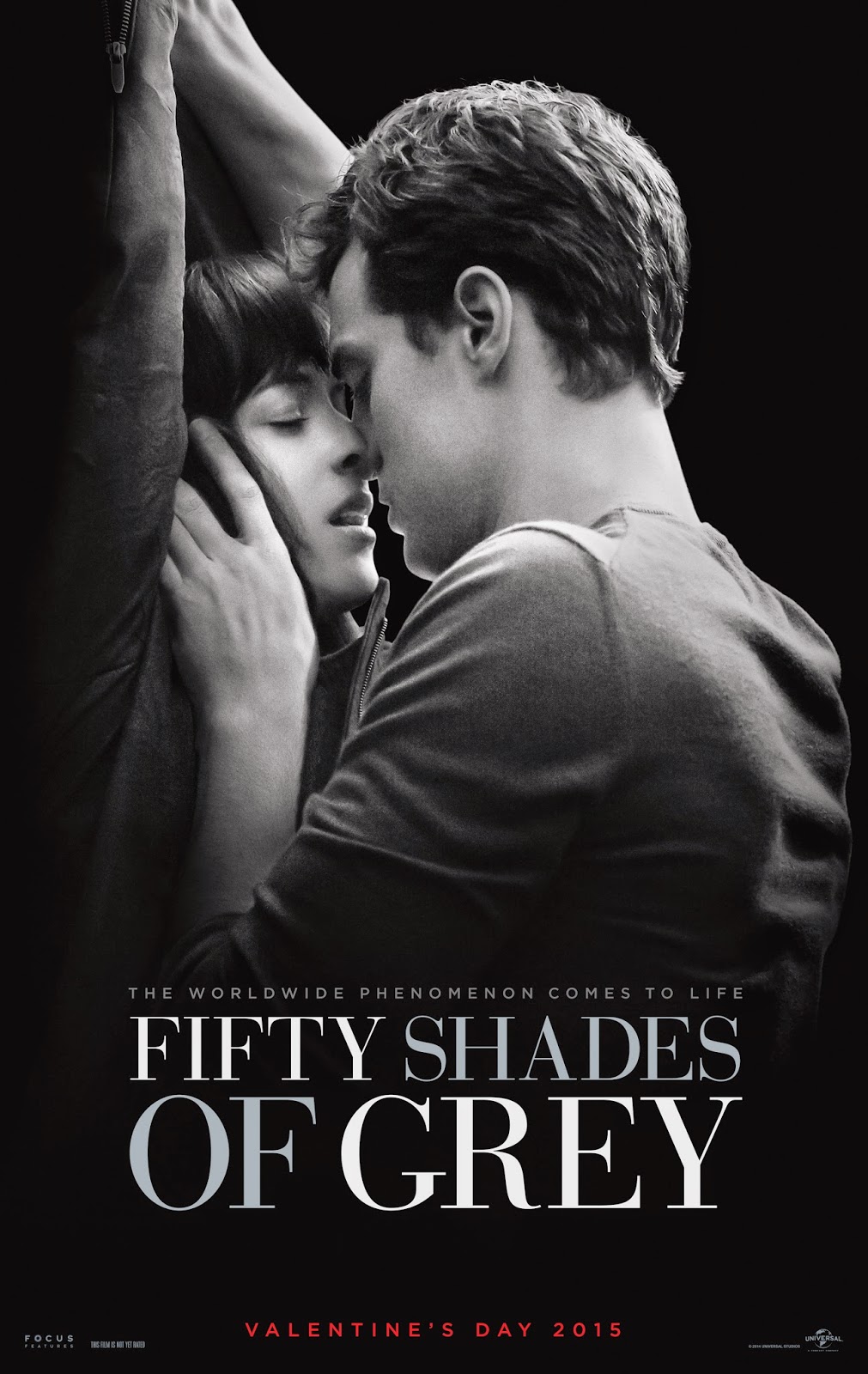 'FIFTY SHADES OF GREY': One Star (Out of Five)

The blockbuster film adaptation of the best-selling book, of the same name, about a 21-year-old virgin college student, who engages in an increasingly disturbing relationship with a sadomasochist industrialist. It was directed by Sam Taylor-Johnson and written by Kelly Marcel. The novel was written by E.L. James and was first published as 'Twilight' fan fiction, on different fan websites. The movie stars young newcomers Dakota Johnson and Jamie Dornan, as it's two leads. Both the book and it's film adaptation have been heavily criticized for promoting sexual abuse and violence against women (by The National Center on Sexual Exploitation and various other people and groups); although the movie is supposedly extremely toned down from the novel it's adapted from (including the elimination of a scene of questionable rape). I found the film to be very disturbing, as well as laughably bad and pretty poorly made. Critics, and a majority of viewers, have mostly found the film adaptation to be better made than the book though (even though it maintains an average rating of 4.2, out of 10, on both the rottentomatoes and IMDb websites).

Johnson stars as Anastasia Steele; a 21-year-old undergraduate at Washington State University. When her roommate, Kate (Eloise Mumford), becomes sick and is unable to interview a rich Seattle businessman, named Christian Grey (Dornan), for the college paper, she asks Anastasia to fill in for her. When she meets Christian, Anastasia is clumsy, awkward and very shy. He's immediately drawn to her for these reasons. Grey then proceeds to stalk her; at the hardware store where she works and then at a bar, she calls him drunk from. He takes her home to his place, when she passes out wasted. Despite all the entrepreneur's illegal, and extremely creepy, behavior towards her, Anastasia also finds herself drawn to him and the two begin a sexual relationship. Christian explains that he's a dominant and he wants Anastasia to be his submissive. When she's initially repelled by the idea, he continues to harass her into signing a legal contract; to become his sex slave.

First of all the movie is really poorly written and badly acted; but I've heard the book is even worse. It's also shockingly dull and feels drastically unemotional, and very dry, for most of it's 2 hour running length. I found parts of it amusing, and I do like the way it ends, but mostly I found this film to be a complete waste of time; for anyone looking for quality entertainment at all. I also agree with the criticisms that it does promote abusive relationships and violence against women. The central relationship depicted in the movie is definitely not a healthy one, in the slightest, and the Christian Grey character is very much an abusive sexual predator. The fact that the film pretends to be some kind of a romance, as well, is really insulting (to everyone). I've always been attracted to domineering women (mostly as fantasy) but not in any way similar to this. I think this movie is trash, very poorly made trash at that.
at 10:20 AM
Labels: Dakota Johnson, Fifty Shades of Grey, Jamie Dorman, Reviews, Universal Pictures