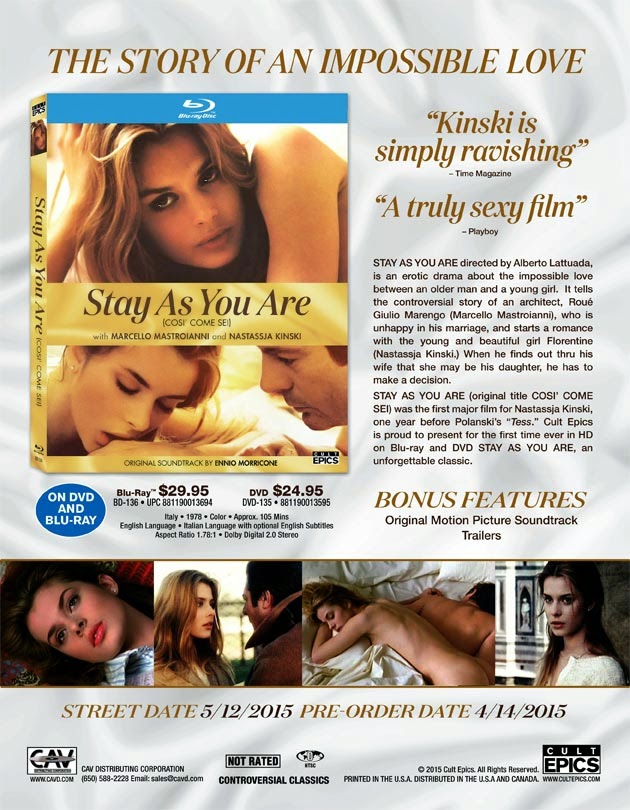 Cult Epics recently released information for the upcoming DVD and Blu-Ray release of "Stay as You Are".  The film stars Marcello Mastroianni and Nastassja Kinski (Tess).

STAY AS YOU ARE (original title COSI: COME SEI) was the first major film for Nastassja Kinski, one year before her breakthrough with Polanski's "Tess." Cult Epics is proud to present for the first time ever on DVD STAY AS YOU ARE, an unforgettable classic. Featuring an original Score by Ennio Morricone.
at 2:41 PM
Labels: Cult Epics, DVD/Blu-Ray News, Stay as You Are