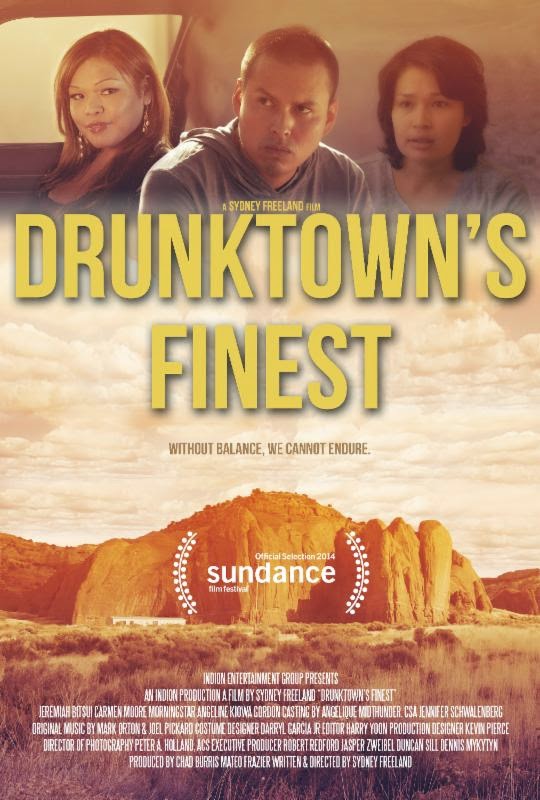 Low budget indie drama flick about three troubled Native American youths, living on an Indian reservation, who struggle to build new lives for themselves. The film was written and directed by first time feature filmmaker Sydney Freeland and stars a trio of newcomers; Jeremiah Bitsui, Carmen Moore and Morningstar Angeline. The movie premiered at the 2014 Sundance Film Festival and was later picked up, for release, by the Sundance Film Channel. I found it's mini budget to be very showing at times but I also found the film to be a well-intentioned, and somewhat insightful, character study.

The story revolves around three very different young Native Americans, all living on the same Indian reservation. Sickboy (Bitsui) is a young father-to-be, who's had a decent amount of trouble with the law and excessive alcohol consumption. He's joining the military so he can provide for his family, through an honest living for once. Felixia (Moore) is a transvestite who makes a living selling his body. He desperately wants to leave town and start a modeling career. Nizhoni (Angeline) is an adopted Christian girl, who spends most of her time doing community service and wants nothing more than to learn who her real parents are.

The movie obviously has a lot of heart and seems to be a realistic telling of what life is like for troubled youths, living with a scarce amount of resources, on an Indian reservation. If the filmmaker (Freeland) had more resources himself, I'm sure this could have been a much better movie. As it is, the acting is very weak, sometimes painfully bad, and the script could have used at least a few more rewrites. It's hard not to be at least somewhat impressed with the good intentions of Freeland and the cast and crew, though.
at 4:47 PM
Labels: Drunktown's Finest, Indion Entertainment, Reviews