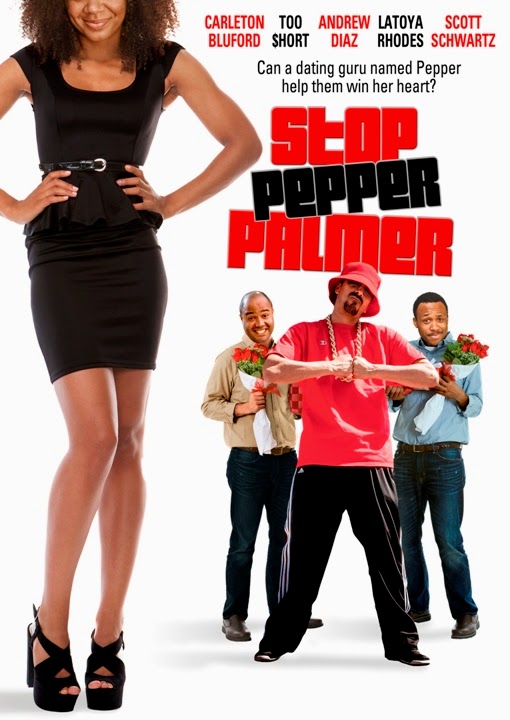 STOP PEPPER PALMER was written, produced and directed by Lonzo Liggins and stars Liggins (127 Hours), Carleton Bluford (Benji: Off The Leash), Too $hort (Boyz In The Hood, Menace II Society), Scott Schwartz (A Christmas Story, The Toy), and LaToya Rhodes making her film debut. The film was shot by award winning cinematographers, Andrew and Danny James, and was the Platinum Award Winner for Best Comedy as well as a Special Jury Award Winner for Best Supporting Actor at the 2014 WorldFest Houston Film Festival.

STOP PEPPER PALMER is a hilarious comedy about the only three black guys in Utah. When they discover that a new black woman has just moved to town, they begin to vie for her affections. The only problem is, she’s not from Utah and they’re afraid that having grown up around so many white people has made them seem “too white.” That’s when they hire Pepper Palmer, a supposed dating expert from Cleveland, to help them win her heart. But Pepper isn’t exactly who he claims to be and the guys soon find that they’re in way over their heads!
at 1:09 PM
Labels: DVD News, Level 33 Entertainment, Stop Pepper Palmer, VOD News