"The David Whiting Story" to Have Screening in Austin, TX and Washington DC 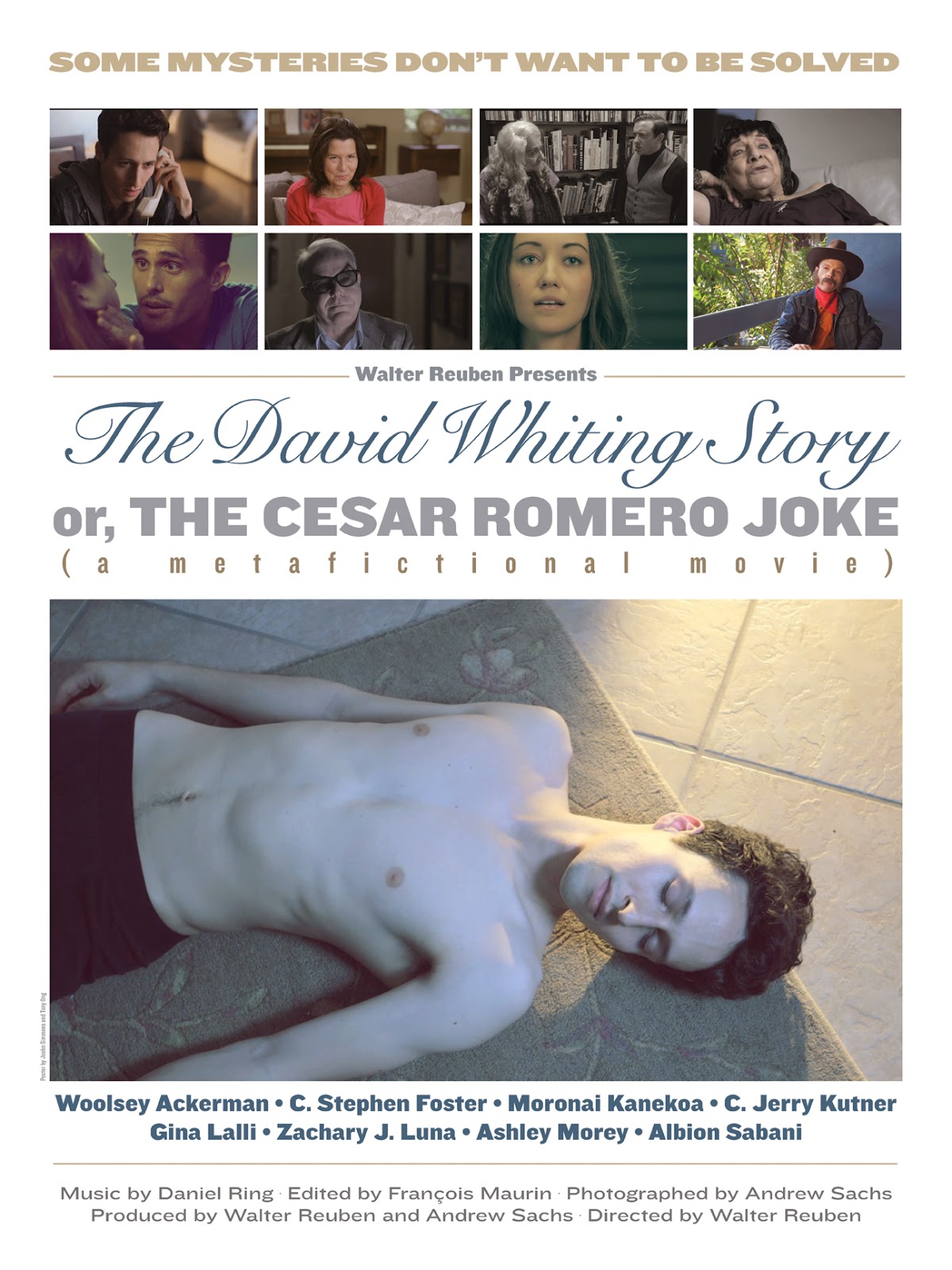 69-year-old filmmaker Walter Reuben, known to museums and collectors for his work as a motion picture material archivist and his online gallery walterfilm.com, has received the 2014 Douglas Edwards Independent / Experimental Film / Video Award from the Los Angeles Film Critics Association for his debut feature THE DAVID WHITING STORY, a tale of an unsolved Hollywood murder. Reuben accepted his award at the awards ceremony on January 10, 2015, along with fellow Austin filmmaker Richard Linklater.

Starring in multiple roles in THE DAVID WHITING STORY is Gina Lalli, who debuted as the Sidewalk Psychic in Richard Linklater’s 1991 classic SLACKER. Writer and actor Woolsey Ackerman, a Turner Classic Movies Channel archivist and researcher for over fifteen years, molds his talents to portray multiple characters including Ayn Rand, Burt Reynolds, and remodeled versions of Kate and Merton from Henry James’ WINGS OF THE DOVE.

Reuben lived in Austin, Texas, from 1971 through 1988 and directed his early experimental shorts there, including How Others Remember Us (1986), From Bad to Worse (1986), and How to Lose Weight (1987), the latter two of which also include the talents of Ms. Lalli. Walter’s particular filmmaking style and storytelling methods caught the ear and eye of critic David Ehrenstein who describes the film as "A fascinating cultural collage mixing documentary, fiction, speculation, and repetition in a manner remindful of the best of George Landow and Michael Snow."

LACFA created the Experimental/Independent Film/Video Award category in 1980, helping to launch the careers of Gus Van Sant with his prize for his debut feature MALA NOCHE, Derek Jarman for THE LAST OF ENGLAND (starring Tilda Swinton), and Gregg Araki with THE LONG WEEKEND (O’ DESPAIR). Rechristened in 1999 in honor of Douglas Edwards, theater and special events administrator and producer of over 250 special events for the Academy of Motion Picture Arts and Sciences, LACFA has since honored Thom Andersen’s LOS ANGELES PLAYS ITSELF, Kelly Reichardt’s OLD JOY, Jean-Luc Godard’s FILM SOCIALISME and in 2014, Walter Reuben’s THE DAVID WHITING STORY.

The Austin Chronicle’s Louis Black, a champion of the film, and the Austin Film Society, have scheduled a screening of THE DAVID WHITING STORY for Tues. Feb. 17, at 8 pm, and the DC Independent Film Festival offers another viewing opportunity on Sat. Feb. 28 at 12:30. For more information, trailers, and news on upcoming theatrical plays, please visit davidwhitingstory.com.
at 6:01 PM
Labels: Film Festival News, Indie News, The David Whiting Story