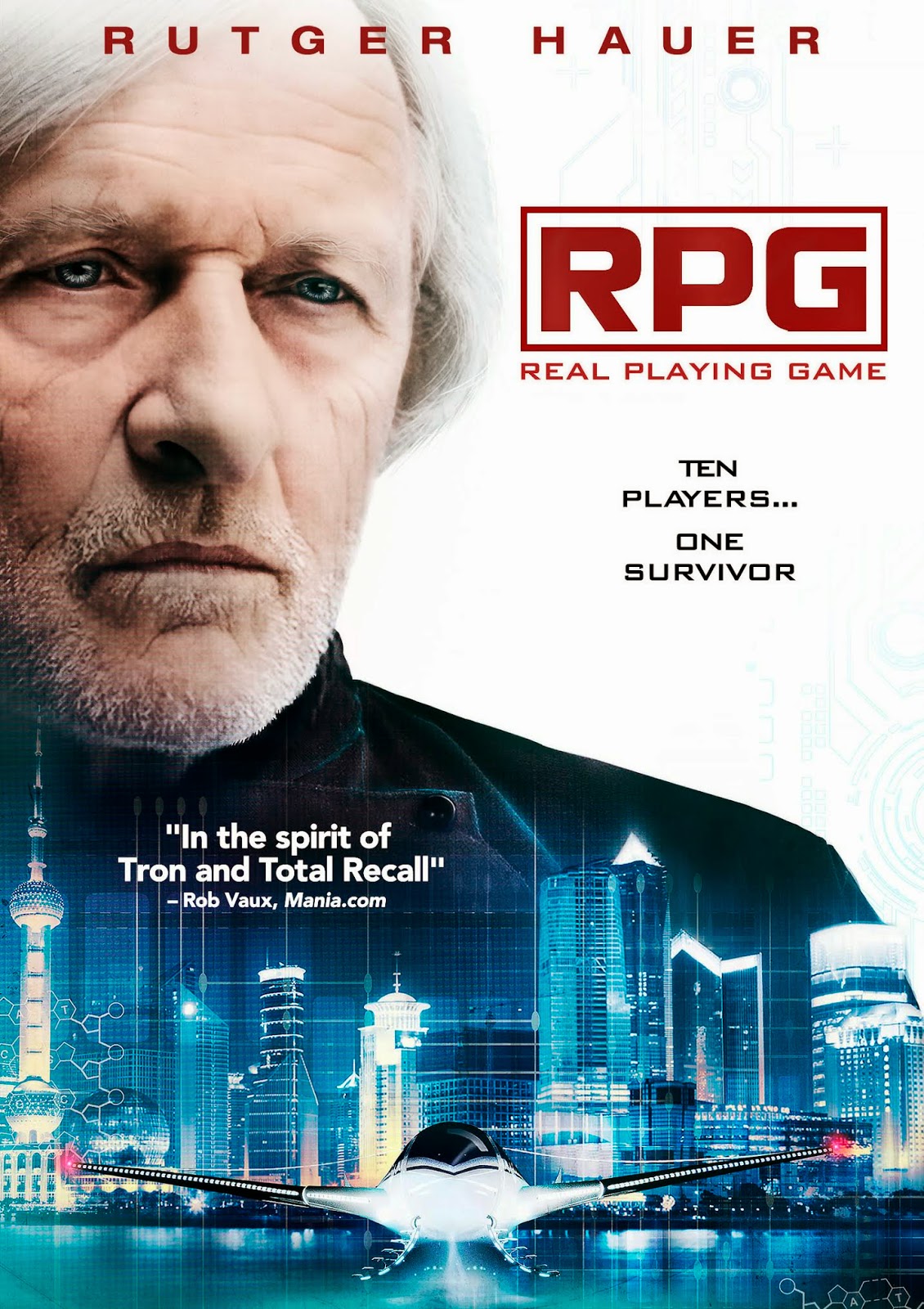 I always enjoy a sci-fi movie with an interesting premise. Or, I should say I start out enjoying it; they don't always end the same way. Real Playing Game (RPG for short) is one that I enjoyed from start to finish. Directed by Tino Navarro and David Rebordão from a script Navarro wrote based on a story he wrote with Artur Ribeiro, RPG has an interesting premise: in the near future, the wealthy and elderly can pay to have their mind transplanted into a young body so they can once again be young and beautiful... but because the technology is so expensive, there's a catch.

Once transplanted virtually into those younger bodies, ten of these individuals must basically fight to the death (when they die, only the young person dies, the old person controlling them wakes up in their original body), with only the winner being able to keep his or her new body.

Rutger Hauer opens the film as Steve Battier, one of the elderly about to play the game. If this movie has flaws, one of them is that, by the nature of the plot, we don't get enough Hauer; after only a few minutes. he is transferred into a young body (played by Cian Barry, who must have studied Rutger very closely because he channels him perfectly) and the game is on. He meets the other nine competitors (Alix Wilton Regan, Nik Xhelilaj, Pedro Granger, Christopher Goh, Genevieve Capovilla, Dafne Fernández, Reuben-Henry Biggs, Cloudia Swann, and Débora Monteiro), none of whom remember anything about their past lives... either of them. This is by design, as it's explained to them by the gamemaster Mr. Chan (Chris Tashima); they are shown holograms of the ten old people they used to be. The challenge isn't just to survive killing each other, but to be able to correctly identify the past life of the person you killed.

If it sounds convoluted, well, it is, and the plot probably could have used some streamlining, but what follows is a terse, thrilling tale of murder and betrayal. I've already singled Cian Barry out for his Rutger Hauer impression, but he's solid in his own right as well. Likewise, the rest of the cast is capable, if not particularly outstanding. In terms of story, the writing is good and the direction is decent. It's possible that, because of the limited star power involved, the ending might not be in doubt, but there's an out-of-left-field twist at the end that is rather delicious. All in all, Real Playing Games is a fun, serviceable movie that earns a 3.5 out of 5 stars from me.
at 3:14 PM
Labels: Image Entertainment, Reviews, RPG: Real Playing Game, Rutger Hauer