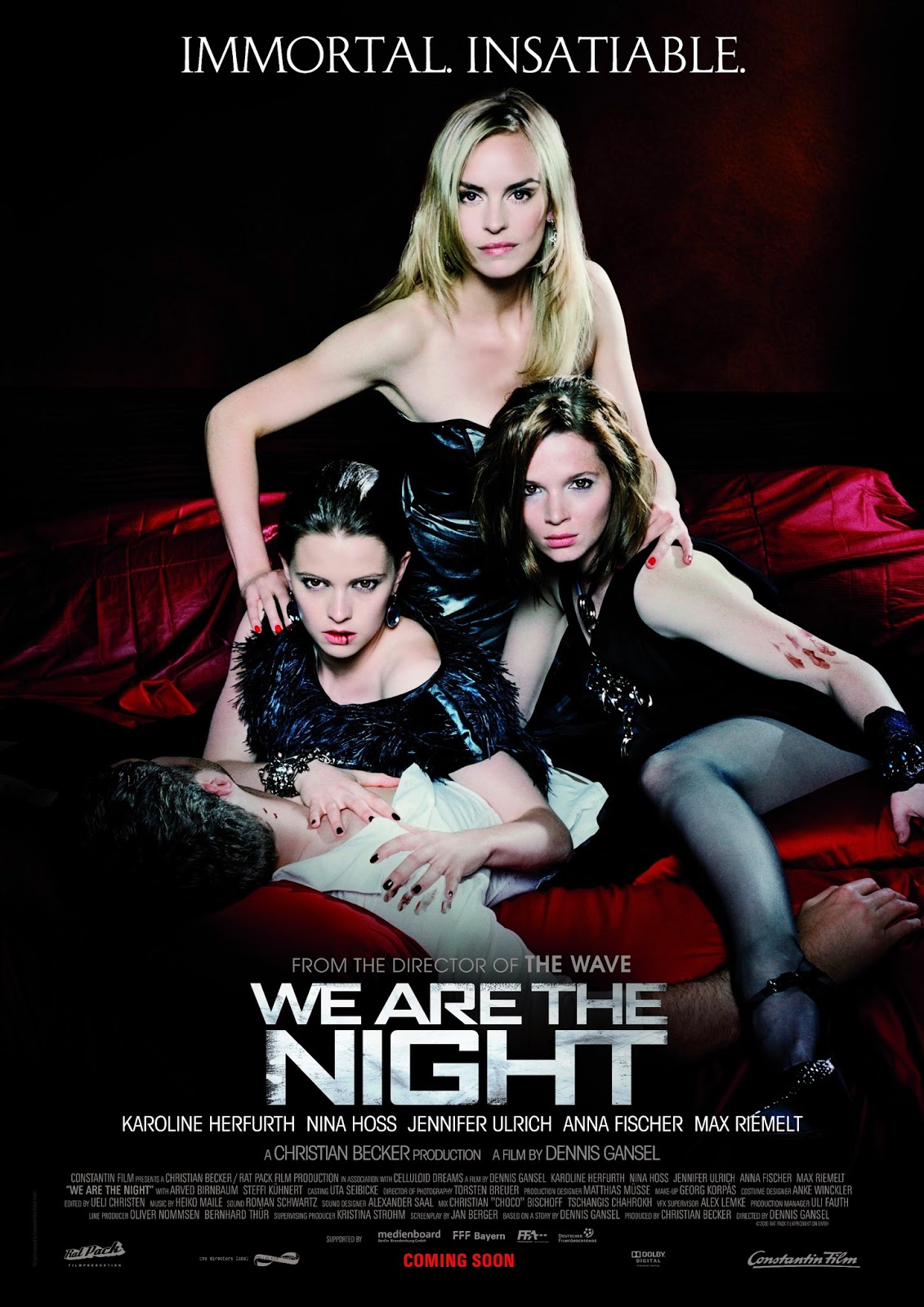 Welcome to another edition of Anthony T’s #TBT. This week, I started a new blog site that is devoted to horror/sci-fi/exploitation films. It’s called Anthony T’s Horror Chamber. If the name rings a bell a little bit, it because I used to write a horror column on this site called Reviews from the Horror Chamber. You’ll find news, reviews from myself and other things that I conjure up in the future relating to genre fare that you won’t find on this site. It’ll be the sister blog for Film-Arcade.net. You can go to http://thehorrorchamber.blogspot.com to check it out.

With that said, I decided to revisit one of my horror reviews. It was May of 2011, when I got a chance to view “We Are the Night”. This was a film that sold me instantly on the film’s premise and trailer. It also turned out to be one of my favorite horror films of this decade so far. Here’s is my review of “We Are the Night” from May 29, 2011.

“We Are The Night” is a vampire film that I’ve been looking forward to, since I saw the film’s international trailer. The trailer grabbed my attention. From hot looking girls who are vampires to the fact that this isn’t an American made vampire film. What can go wrong?

Lena (Karoline Herfurth) is a young twenty year old girl, who steals stuff to get by in life. During one of her thefts, she discovers a dark underground club in the heart of Berlin. At the club, she meets Louise (Nina Hoss) a 250 year old vampire who is a stunning vixen that owns the club and leads an all-female vampire trio that includes Nora (Anna Fischer), a wild child and Charlotte (Jennifer Ulrich), who used to be a silent actress and is so elegant. Louise begins to fall for Lena and bites her during their first night together. Now bitten, Lena discovers that eternal life is a curse and a blessing, as she enjoys her infinite freedom. But soon she discovers that the endless thirst for blood and the appetites of her new girlfriends comes with a steep price.

It seems like every year there is always a foreign horror film that always grabs my attention to the point that it makes me argue that foreign horror is better than American horror. Two years ago, a Spanish horror film called “REC” caught my attention in a big way. Last year it was a British vampire film called “Temptation”. Right now, it seems like that distinction this year might be going to “We Are the Night”, as this is a great vampire movie. This is the type of vampire film that the Hollywood studios should be making.

Director Dennis Gansel does a very good job making this film very dark and Gothic. I liked how he keeps that tone throughout. Whether it’s the way the scenes looked to the way that the girls are dressed, he takes his time to make sure that everything looks either dark or Gothic. It grabs your attention to these characters and not make wait around for endless action sequences. It’s what I like to see in vampire films, as it’s about the characters and not the action. Also, I liked how Gansel directs the performances here. He does a very good job making sure his main actresses had chemistry with one another, as each of them gelled very well with each other. The characters don’t seem lifeless and each of the actresses bring something to their roles. Whether if it’s the emotions or the way that they’re delivering their lines, it makes their characters interesting to the point that you enjoy seeing these characters for who they are.

The film’s screenplay by Jan Berger was very good. One of the things that makes these vampires worth watching, the way that each of these vampires had a little bit of humanity to them. I liked, how Berger makes these vampire not like the bloodsuckers that you’re accustomed to seeing. It helps with the character development of these characters, as it gives you information about them. It also makes you interested in the story. He also does a very good job keeping my interest with his creation of the characters. Each vampire had a distinct personality that makes them interesting. Berger uses that to his advantage, as it makes the characters feel unique from one another. It also allows him to create some very good dramatic moments, which makes this different from other vampire films. The other thing that makes his screenplay work for me, the fact that he doesn’t leave you asking yourself questions about these vampires. From their mannerisms to why there aren’t any male vampires, Berger does a very good job explaining these things through dialogue and background information that he gives about each character. It makes these characters life like and keeps your interest solely on the film and not wondering about others things that he didn’t put in the film.

This seems to be the year of foreign horror film. With films like “Rubber”, “Blood” and this film, this is a great time for foreign horror fans. With very good direction and an entertaining cast, “We Are the Night” is a sexy Gothic film that has a lot of bite and isn’t the typical Hollywood vampire film.