Welcome to the second edition of “The Blu-Ray Treatment”. In this edition, I’ll be bring attention to two B horrors film that deal with technology gone wrong and haven’t been released on Blu-Ray.

With my first film, we deal with a killer virtual reality game that has a mind of its own. 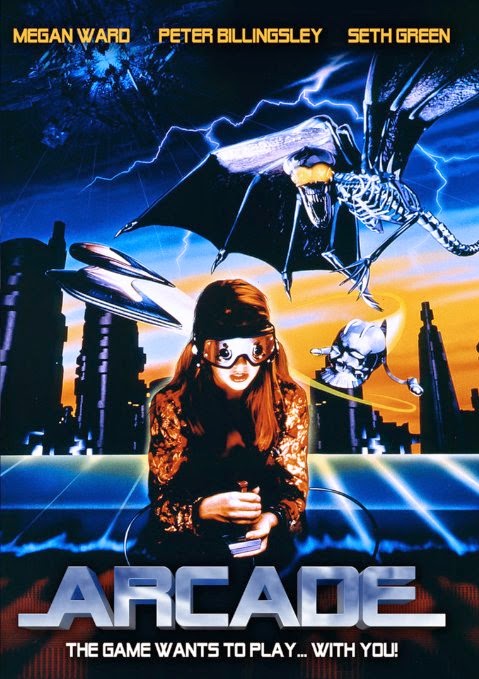 When you think about the Paramount days at Full Moon Features, you think of films like “Puppet Master” “Trancers 2“and “Subspecies”. But one its films that I don’t think gets enough credit out of that era is “Arcade”. Yes, the effects seem out dated but I still can’t help the fact that this was different from other Full Moon films of that era. One of the reasons why I enjoy this film so much is Albert Pyun’s direction. What makes his direction good was the fact he’s able to keep the film moving. Whether it’s the way the scenes were direction to keeping the film’s dark tone, everything is executed well. It also helps move the film at a good pace. The other thing that makes Pyun’s direction good was the fact that he’s able to get the performances that he needs for the film to work. Pyun manages to get good lead performances from Megan Ward (Trancers 2, Crash and Burn) and Peter Billingsley (A Christmas Story). It helped kept my interest throughout this film. The film also has a good screenplay from David Goyer, who would go on to write the screenplay for “Man of Steel” and write the stories for the three Christopher Nolan “Batman” films.

Why this film should be on Blu-Ray: The film has a good supporting cast that includes Peter Billingsley (A Chirstmas Story), Seth Green (Austin Powers) and John de Lancie (Star Trek: The Next Generation) and it’s one David Goyer’s earlier screenplays before he hit it big with screenplay like “Dark City”, “Blade” and most recently “Man of Steel”. Hopefully, Full Moon Features will release this in the near future.

From a killer video game to killer robots, this is one of my favorite cult films from the 80’s. 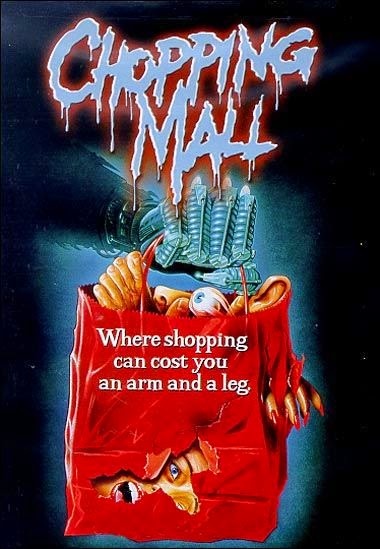 Recently I got a chance recently to revisit the campy 80’s horror classic “Chopping Mall”. I wanted to revisit this film as it’s been ages since I saw it last. The film is directed by notable B movie director Jim Wynorski, who directed such B movie classics as “Not of This Earth”, “Sorority House Massacre 2” and “Deathstalker 2”. The film is one of those fun B-movies where you’re entertained and enjoying and film. Wynorski does a very good job making sure the film’s action was entertaining enough that it makes you want to watch given its screenplay. The film has some really cheesy dialogue with its so bad film it’s so good feel.

Why it should be on Blu-Ray: This film features a lot of cult film icons of 1970’s and 80’s including Kelly Mahoney (Night of the Comet) Barbra Crampton (Re-Animator, From Beyond”), Mary Woronov (Rock and Roll High School, Terrorvision), Paul Bartel (Eating Raoul), and Dick Miller (Gremlins) This is one of those fun B movies from the eighties era of horror filmaking. It would be nice someday to see a special edition from Shout Factory or another company. But I may not, because I think the rights still belong to Lionsgate and they never seem to want to put their older films on Blu-Ray. I’m still waiting on my “Blair Witch 2: Book of Shadows” Blu-Ray Lionsgate. Thank you and have a nice day.
at 7:33 PM
Labels: Arcade, Chopping Mall, Columns, Full Moon Features, Lionsgate, The Blu-Ray Treatment