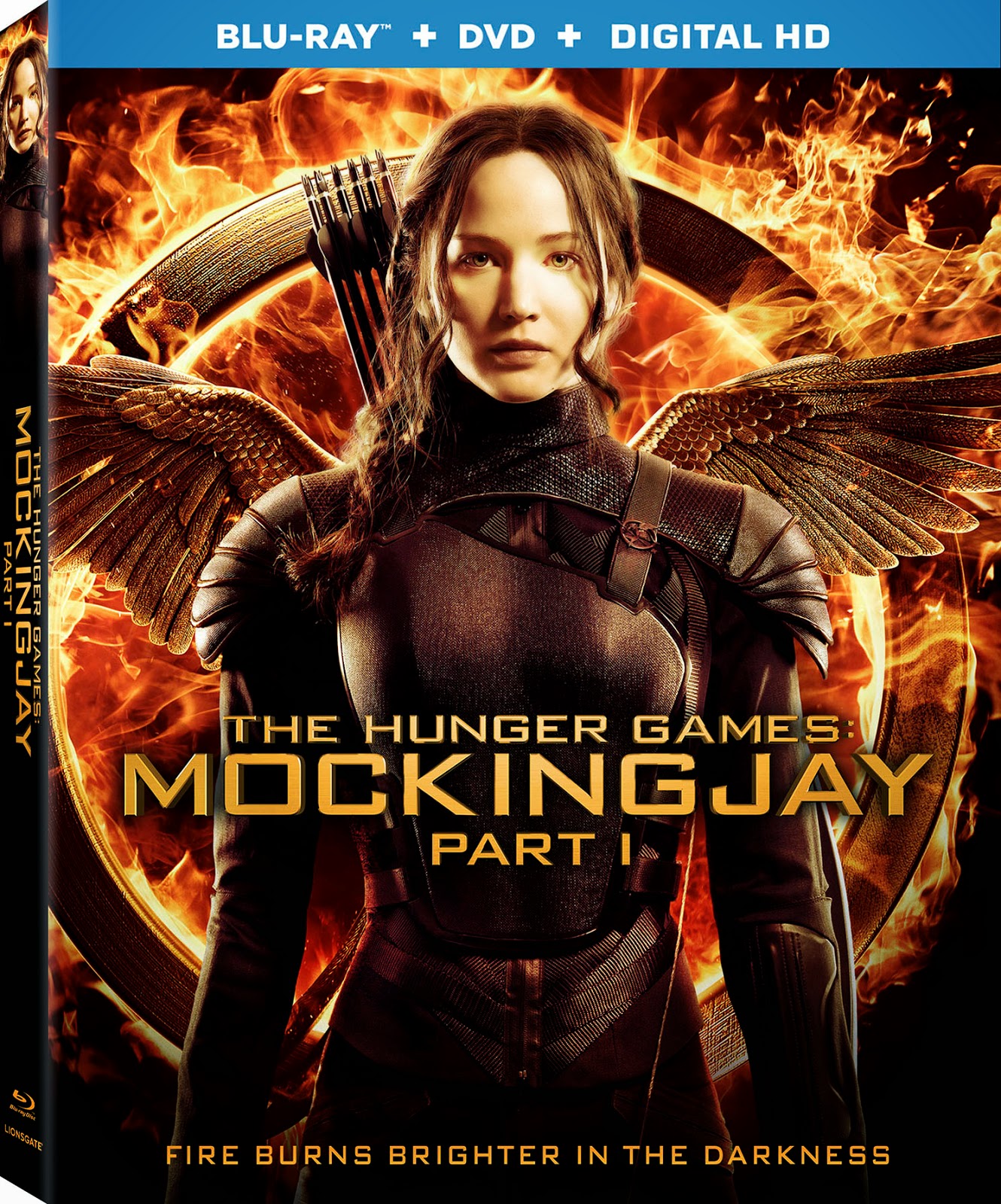 Special features on the DVD & Blu-Ray include Audio Commentary with Director Francis Lawrence and Producer Nina Jacobson, Deleted Scenes and Sneak Peek of The Divergent Series: Insurgent. In addition to these features, the Blu-Ray will also have "The Mockingjay Lives: The Making of Mockingjay – Part 1": 8-part feature-length documentary, "Straight From the Heart: A Tribute to Philip Seymour Hoffman" featurette, "Songs of Rebellion: Lorde on Curating the Soundtrack" featurette and "Yellow Flicker Beat" – Lorde music video.

Lionsgate's (NYSE: LGF) global juggernaut The Hunger Games franchise continues to set the world on fire with The Hunger Games: Mockingjay - Part 1 arriving on Digital HD February 17 and on Blu-ray Combo Pack (plus DVD and Digital HD), DVD (plus Digital) and On Demand Friday, March 6, the Company announced today.

Mockingjay – Part 1 became the highest-grossing domestic release of 2014 when it reached nearly $333.2 million at the domestic box office yesterday. The last two installments of The Hunger Games franchise (Catching Fire and Mockingjay – Part 1) have become the highest-grossing releases at the domestic box office each of the past two years, the first time in decades that a studio has scored back-to-back #1 films of the year and the first time ever for back-to-back sequels. Mockingjay – Part 1, which opens in China on February 8, has already grossed more than $700 million worldwide, bringing global box office for the franchise to over $2.2 billion.

"The number one theatrical release of 2014 is poised to become one of the biggest home entertainment events of 2015," said Lionsgate Home Entertainment President Ron Schwartz and Lionsgate President of Worldwide Television & Digital Distribution Jim Packer. "With the film's home entertainment rollout beginning on Digital HD next month and continuing on Blu-ray, DVD and on demand in March, we're continuing to expand the portfolio of choices we offer to enrich the experience of our consumers."

Academy Award® winner Jennifer Lawrence leads an all-star cast in the battle for Panem in a spectacular sequel packed with five hours of extensive, must-see bonus materials including the two-hour behind-the-scenes documentary "The Mockingjay Lives: The Making of Mockingjay – Part 1." Featuring never-before-seen interviews and on-set footage of the cast and crew, the documentary takes an in-depth look at the making of the film including the script adaptation, location scouting, set design – including physically creating the hovercraft – casting the new characters, and bringing District 13 to life.

Additional special features include "Straight from the Heart: A Tribute to Philip Seymour Hoffman," deleted scenes, an audio commentary with director Francis Lawrence and producer Nina Jacobson, as well as the "Songs of Rebellion: Lorde on Curating the Soundtrack" featurette, the music video for the Golden Globe®-nominated song "Yellow Flicker Beat" and a brand new sneak peek at The Divergent Series: Insurgent. The Blu-ray Combo Pack and DVD will be available for the suggested retail price of $39.99 and $29.95, respectively.

Based on the best-selling third novel of Suzanne Collins' award-winning trilogy, with a screenplay by Peter Craig (The Town) and Danny Strong (Lee Daniels' The Butler) and directed by Francis Lawrence (The Hunger Games: Catching Fire), The Hunger Games: Mockingjay – Part 1 reveals that the rebellion is growing. Katniss Everdeen, girl on fire, has survived and is recovering from the cruel and haunting Quarter Quell deep inside the bunkered catacombs of District 13. Separated from some of her closest allies and fearing for their safety in the Capitol, Katniss finally agrees to be the Mockingjay, the symbolic leader of the rebellion. Still uncertain as to whom she can trust, Katniss must help District 13 rise from the shadows, all the while knowing that President Snow has focused his hatred into a personal vendetta against her—and her loved ones.
at 7:38 PM
Labels: DVD/Blu-Ray News, Jennifer Lawrence, Josh Hutcherson, Julianne Moore, Liam Hemsworth, Lionsgate, Philip Seymour Hoffman (1967 -2014), The Hunger Games: Mockingjay Part 1