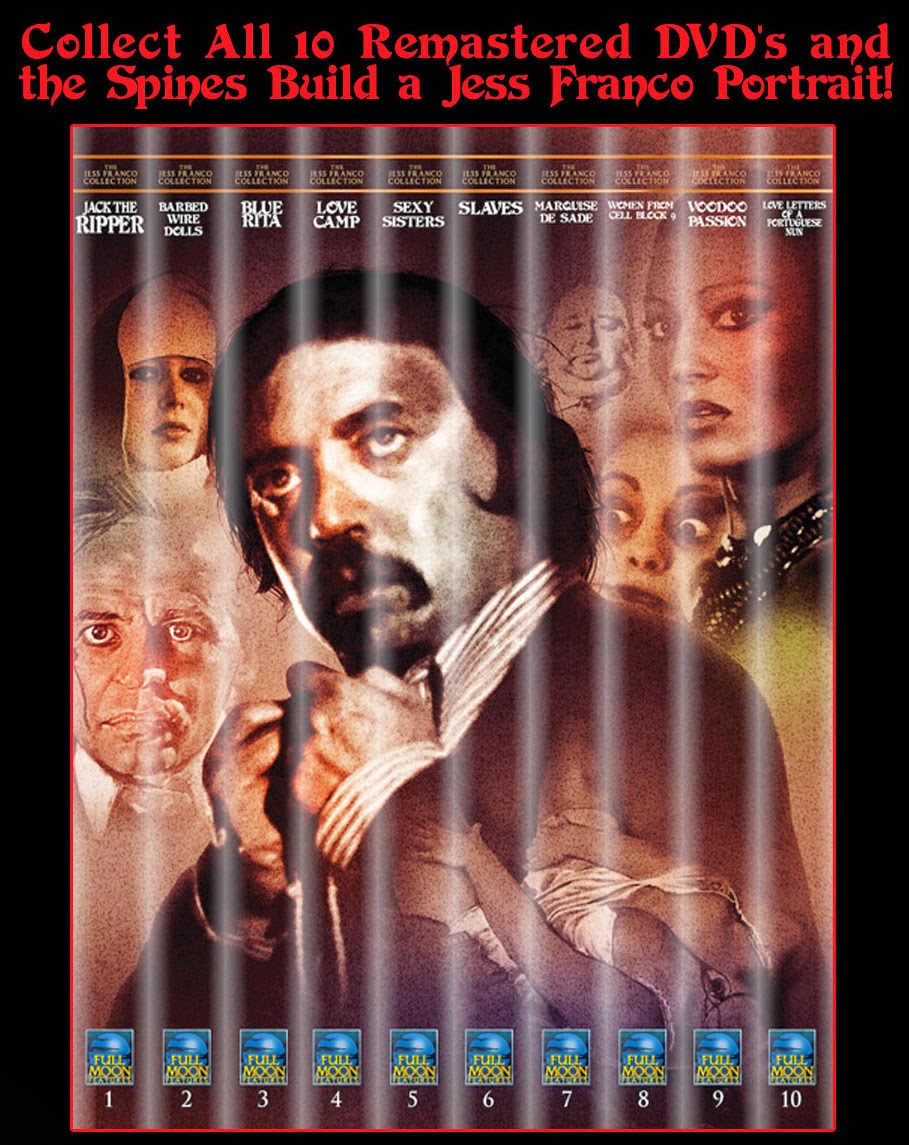 Full Moon Features recently announced that they'll be releasing 10 films for legendary cult film director Jess Franco. The 10 disc set will be call "The Jess Franco Collection". Each Month, Full Moon Features will release a film in the collection. The film first film to be released is "Jack the Ripper".

"Jack the Ripper" will be available on Full Moon Streaming and Amazon in February.

In the annals of international cult, horror and fantasy filmmaking, the name Jess Franco is royalty. The controversial Spanish-born auteur directed over 200 remarkable films in his 60 year career before his death in 2013, sculpting a body of dangerous, dark, erotic and generally outrageous descents into personal, obsessive and entertaining excess. Now, Full Moon is thrilled to be able to honor the legacy of Jess Franco with our new DVD series, “The Jess Franco Collection.” Working in partnership with legendary exploitation film producer Erwin C. Dietrich, Full Moon’s “The Jess Franco Collection” features 10 titles culled from that golden period of collaboration between Dietrich and Franco, all of them featuring transfers struck from a brand new HD master and each release loaded with special features.

Starting with Franco’s violent 1976 masterpiece JACK THE RIPPER, Full Moon will release a new Franco title every month to DVD. Each beautifully designed and packaged DVD will feature on its spine, a piece of a “puzzle” that, when put together with the entire 10-unit set, will create an exclusive portrait of Jess Franco designed by artist Ryan Brookhart.

“My WIZARD home video imprint was among the first in North America to distribute Franco’s films in the early 1980s and it makes perfect sense that Full Moon should be the ones to now release these beautiful new transfers of some of Jess’ most effective pictures to domestic DVD.”

Titles featured in Full Moon’s “The Jess Franco Collection” are as follows: