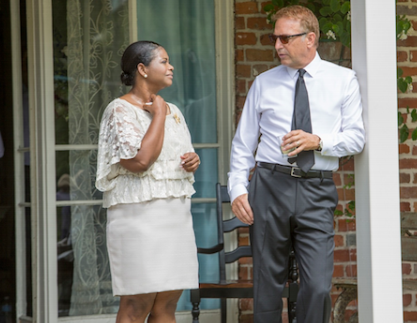 For more information on this film, you can visit the film's official Facebook page at: https://www.facebook.com/BlackorWhiteMovie.

BLACK OR WHITE is the story of a grandfather (Academy Award® winner Kevin Costner) who is suddenly left to care for his beloved granddaughter. When the little girl’s paternal grandmother (Academy Award® nominee Octavia Spencer) seeks custody, a legal battle ensues that forces the families to confront their true feelings on race, forgiveness and understanding. Anchored by an all-star cast and based on real events, the movie is a look at two seemingly different worlds, in which nothing is as simple as black or white.