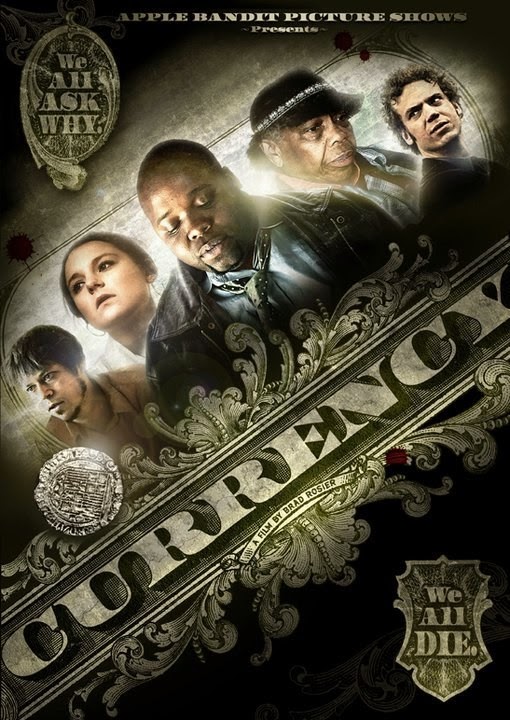 "Currency" is available on iTunes, Amazon and other VOD providers.

For more information on this film, you can visit the film's official website at: http://currencymovie.com/.

After winning several awards on the film festival circuit, the independent feature "Currency", helmed by first-time writer/director Brad Rosier, was released in mid-December, 2014 on iTunes, Amazon Instant Video, Vimeo on Demand and other VOD platforms worldwide. Having been written, directed, produced and edited by Rosier for less than $4,000, this zero-budget movie described as "part drama, part mystery with a dash of film noir" is now available to a wide audience.

"Currency" is a philosophical drama that follows several storylines over the course of eight decades from mobsters in the 1920s to an abused little girl in the 1980s to several characters in today's world. The film has been described as a "collection of simple stories about complex questions". The smaller stories are weaved together to form a larger narrative that probes deeper questions.

Rosier was able to create the film within such tight budgetary constraints by employing simple, mobile film equipment, using available light as much as possible, and casting first-time local actors. Rosier did not attend film school and had no previous filmmaking experience prior to this project.

Rosier's next planned feature film is a science fiction tale in the tradition of other low-budget sci-fi indies like "Cube", "Moon", "Another Earth", and "Signal". Rosier lives with his wife in Indianapolis, Indiana.