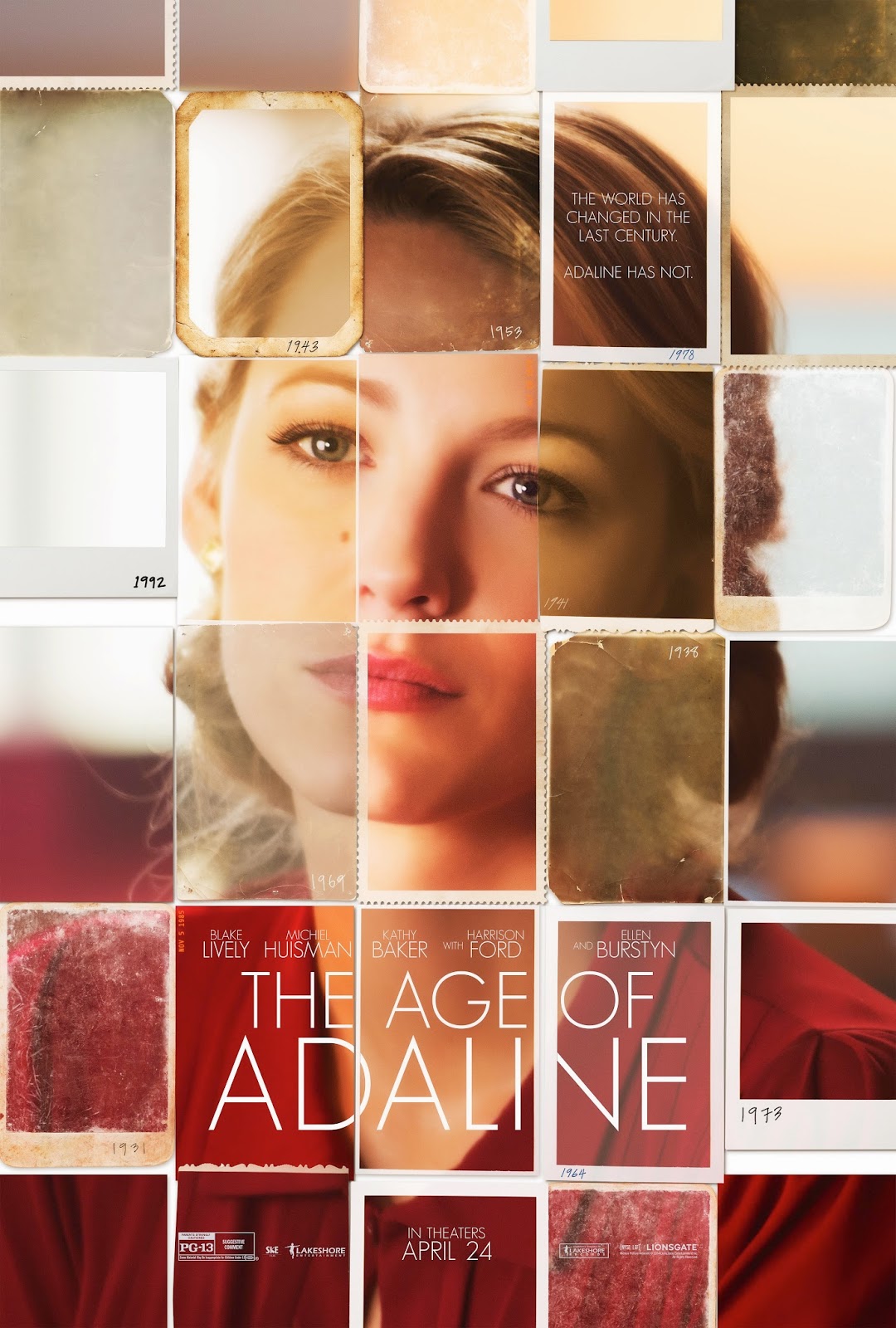 Lionsgate recently released the official trailer and poster for their upcoming release of "The Age of Adaline". The upcoming film stars Blake Lively, Michiel Huisman, Kathy Baker, Amanda Crew, with Harrison Ford, and Ellen Burstyn. "The Age of Adaline" hits theaters on 4/24/2015.

For more information on this film, you can visit the film's official website at: www.TheAgeOfAdalineMovie.com.

After miraculously remaining 29 years old for almost eight decades, Adaline Bowman (Blake Lively) has lived a solitary existence, never allowing herself to get close to anyone who might reveal her secret. But a chance encounter with charismatic philanthropist Ellis Jones (Michiel Huisman) reignites her passion for life and romance. When a weekend with his parents (Harrison Ford and Kathy Baker) threatens to uncover the truth, Adaline makes a decision that will change her life forever.


"The Age of Adaline": Official Trailer