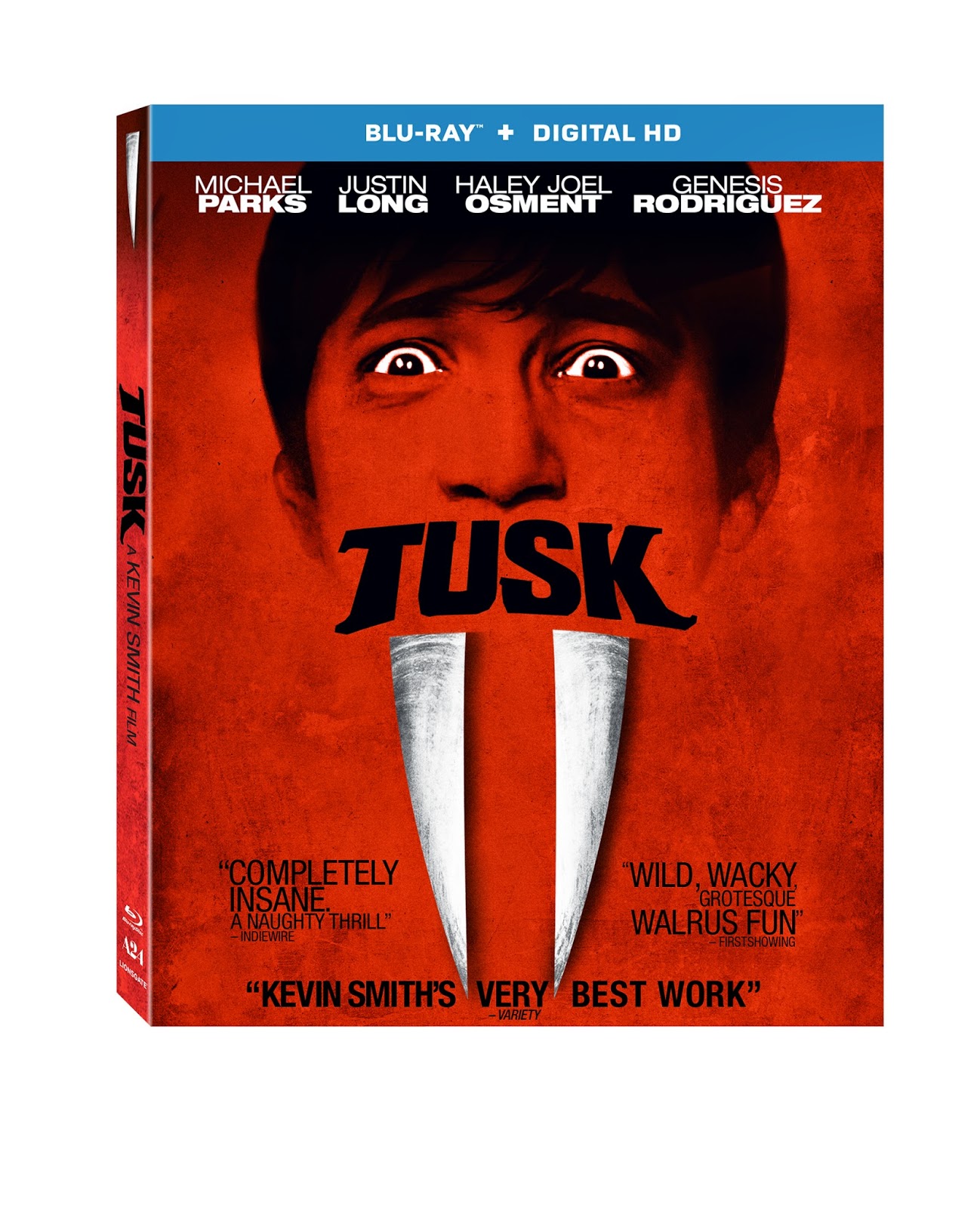 Special features on the DVD/Blu-Ray include Deleted Scenes, Audio Commentary with Writer/Director Kevin Smith, 20 Years to Tusk” featurette, “The Making of Tusk” featurettes, SModcast #259: The Walrus and The Carpenter. "Tusk" hits stores on December 30th.

A podcaster (Long) looking for a juicy story is plunged into an unpredictable, unsettling and absurd nightmare after he travels to the backwoods of Canada to meet an eccentric recluse (Parks) with a lifetime of adventures—and a disturbing fondness for walruses.