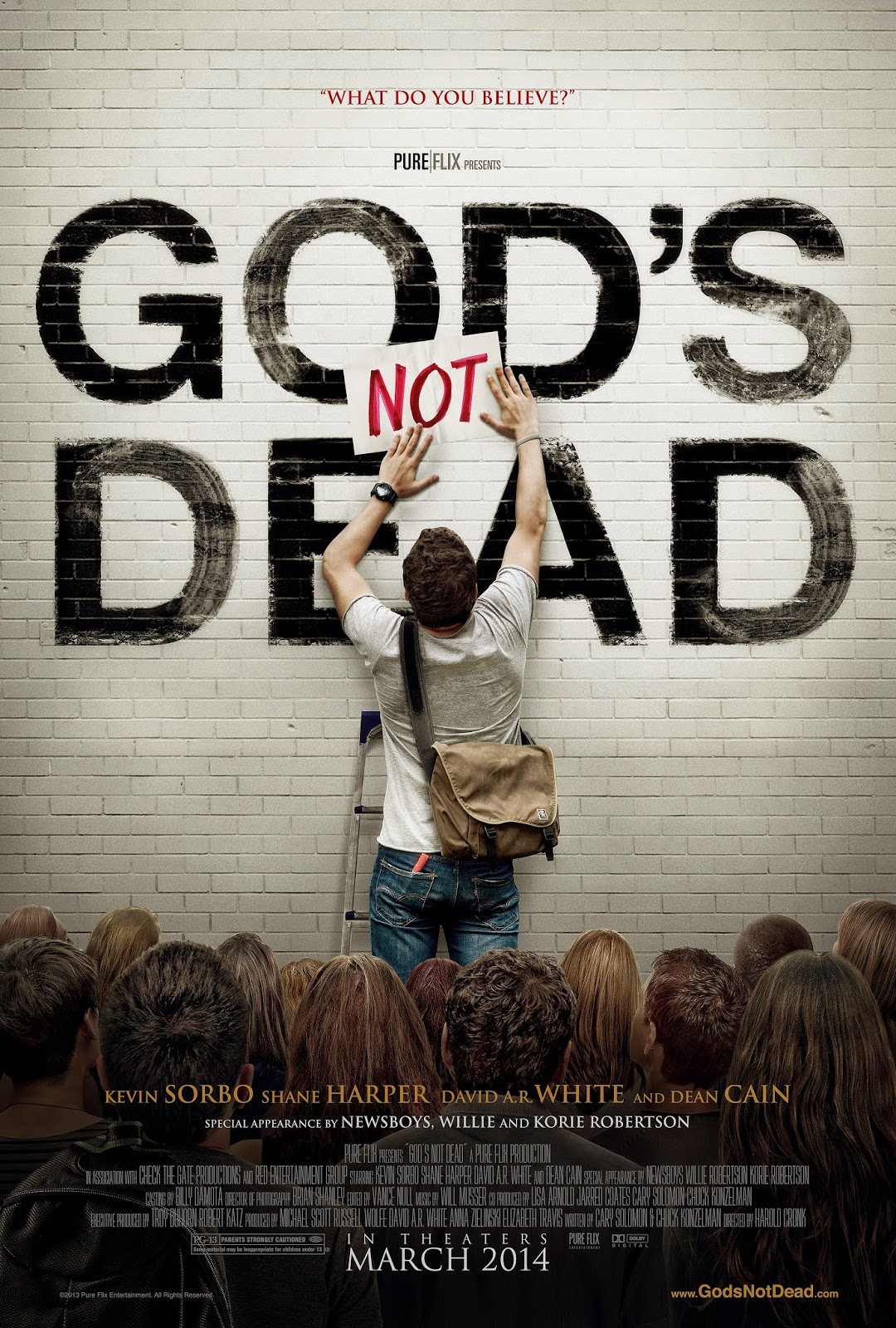 Christian propaganda movie about an extremely religious college student who takes on the challenge of debating his atheist philosophy professor, whether God exists or not, in front of his class. The film was directed by Harold Cronk and written by Cary Solomon, Chuck Konzelman and Hunter Dennis. It stars Kevin Sorbo (of TV's 'HERCULES' fame), Shane Harper, David A. R. White, Trisha LaFache, Cory Oliver, Hadeel Sittu, Benjamin Alfred Onyango and Dean Cain (of TV's 'LOIS & CLARK' fame); it also features cameos by the Christian rock band Newsboys and Willie and Korie Robertson (of TV's 'DUCK DYNASTY' fame). The filmmakers only intent here is to convert non-Christians and they go about it in a pretty despicable way.

Josh Wheaton (Harper) is a Christian freshman, enrolling in a philosophy class taught by Professor Jeffrey Radisson (Sorbo). He soon learns that Radisson is an atheist, who doesn't want to waste time going over religion in his class, so he asks all of his students to sign a statement proclaiming that God is dead (in exchange for a passing grade, for that portion of the course). Josh refuses to do this, so Radisson challenges him to debate the topic with him (in front of the class) and allow the class to decide who has the winning argument. Josh feels his faith insists he accept the challenge. The movie also deals with several other characters, in side plots, dealing with their own religious struggles.

Despite the amateur filmmaking, bad acting, ludicrous scenarios and lack of character depth, this film represents everything non-Christians despise about Christians. It's extremely bigoted in it's portrayal of atheists and just about anyone else, that's not a Christian. Atheists are shown as hateful and vengeful people; and followers of other (non-Christian) faiths are displayed as misguided individuals. The Christians in this movie are also shown as pretty self righteous individuals, that care more about being right than doing what's right. The message here seems to be solely that you have to accept Christ as your savior and not actually follow what he teaches. I grew up a Catholic and I'm still an extremely spiritual person; I also know a lot of Catholics and other Christians. This movie gets everything wrong.
at 5:47 PM
Labels: God's Not Dead, Reviews, Roadside Attractions