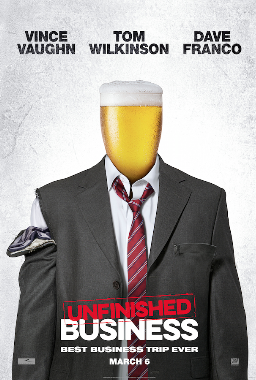 For more information on this film, you can visit the film's official website at: http://www.UnfinishedBusinesstheMovie.com.

A hard-working small business owner (Vince Vaughn) and his two associates (Tom Wilkinson, Dave Franco) travel to Europe to close the most important deal of their lives. But what began as a routine business trip goes off the rails in every imaginable – and unimaginable – way, including unplanned stops at a massive sex fetish event and a global economic summit.