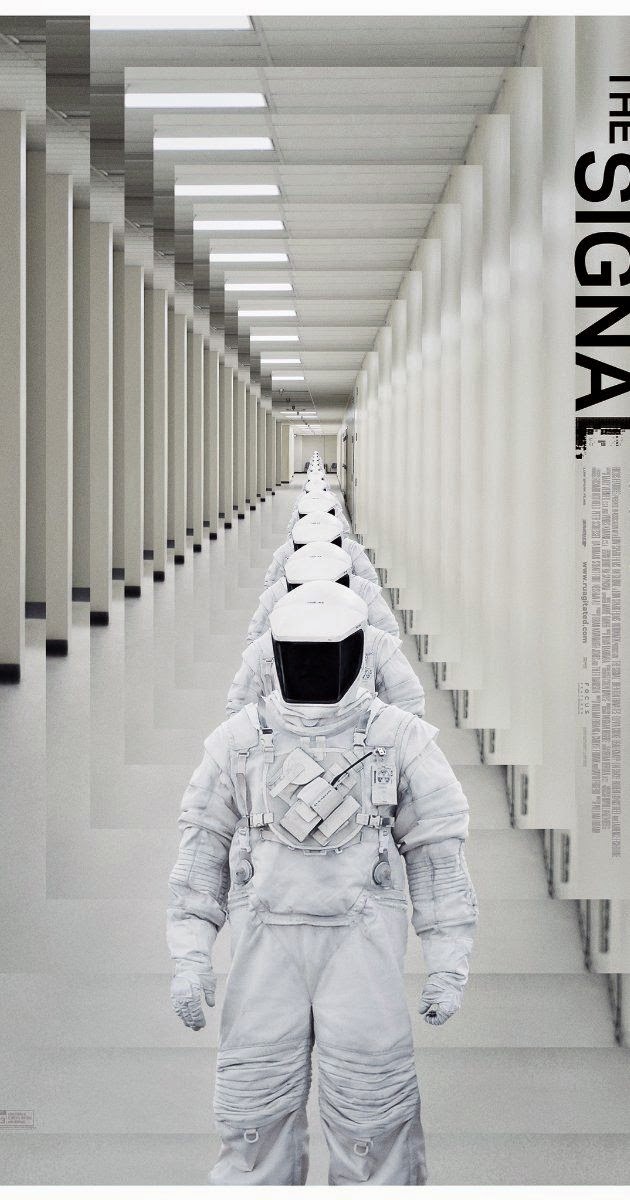 'THE SIGNAL': Three and a Half Stars (Out of Five)

Indie sci-fi thriller about three MIT students, on a road trip, who decide to chase down an infamous hacker (that almost got them expelled from school) and find something much more nightmarish. The film was directed by William Eubank; who also wrote and directed another ambitious indie sci-fi flick, in 2011, called 'LOVE' (which was produced by the popular alternative rock band 'Angels & Airwaves'). Eubank also wrote this film; with David Frigerio and Carlyle Eubank. It stars Brenton Thwaites, Laurence Fishburne, Olivia Cooke, Beau Knapp and Lin Shaye. I found it to be visually spectacular, and interesting enough, to make it a pretty entertaining thrill ride; despite a somewhat unsatisfying conclusion.

The film tells the story of Nic (Thwaites), Haley (Cooke) and Jonah (Knapp); three MIT students on a road trip to California. Nic and Jonah are dropping Haley off there and this has caused some troubles in Nic and Haley's relationship. Nic has muscular dystrophy issues, in his legs, that he also feels are causing Haley to not reach her full potential. While on the trip Nic and Jonah discover a hacker is in the area, named NOMAD, that almost got them expelled from school (for breaking into college servers). They decide to track him down and follow his signal to an old abandoned house in Nevada. Once there something else finds them and it might be some kind of weird government conspiracy, or something much worse.

The movie is full of big ideas, that aren't fully explained at all; most of the movie is left up to viewer interpretation. I respect films like that but this one just isn't quite satisfying enough. It's full of a lot of routine stylistic cliches but they are pretty cool to look at. For a $4 million budgeted movie it sure does looks amazing; I'm sure William Eubank has a big future ahead of him. The acting is decent enough and the story is intriguing. It's nowhere near the quality of a great sci-fi flick but it is a lot of fun; if you're a fan of the genre.
at 8:26 PM
Labels: Focus Features, Reviews, The Signal