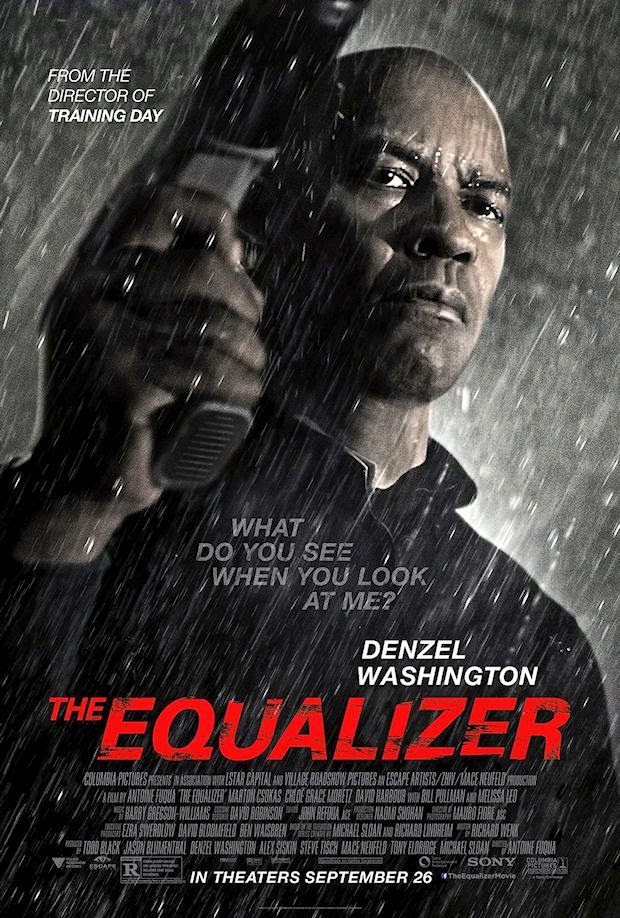 'THE EQUALIZER': Four Stars (Out of Five)

Denzel Washington and director Antoine Fuqua team up again, for the first time since 'TRAINING DAY' (13 years ago), for this feature film adaptation of the popular 80s TV series (of the same name). Washington plays a former government agent, named Robert McCall (the role was originated by Edward Woodward), who comes out of retirement to help those in need of his special skills; in this film it's a young prostitute, who's been beaten by the Russian mobsters she works for. It costars Chloe Grace Moretz, Marton Csokas, David Harbour, Bill Pullman and Melissa Leo. It was written by Richard Wenk and based on the TV series created by Michael Sloan and Richard Lindheim. If you like 80s exploitation action flicks you'll love this movie!

Robert McCall (Washington) was a very lethal, and expertly skilled, black ops operative; who worked for an unnamed government agency. He's now retired and trying to live a peaceful life, while working at a hardware store, in Boston Massachusetts. When a young call girl he knows, named Teri (Moretz), gets into trouble with the Russian gangsters she works for, McCall feels compelled to come out of retirement and help her. He becomes a one-man killing machine once again!

The film is a lot more violent than I was anticipating. It's gratuitously violent; like the beloved 80s action flicks that used to glamorize excessive blood and gore (there's many scenes of Denzel using various tools, from his store, to brutally murder bad guys). If you don't have a problem with that, and enjoy movies full of it, you'll love this movie. I enjoyed it quite a bit but I used to like this type of movie, a lot. Denzel is great in the film and Fuqua does some awesome stylized directing; but it is all action and no substance. That's OK sometimes though.
at 3:44 PM
Labels: Columbia Pictures, Denzel Washington, Sony Pictures, The Equalizer