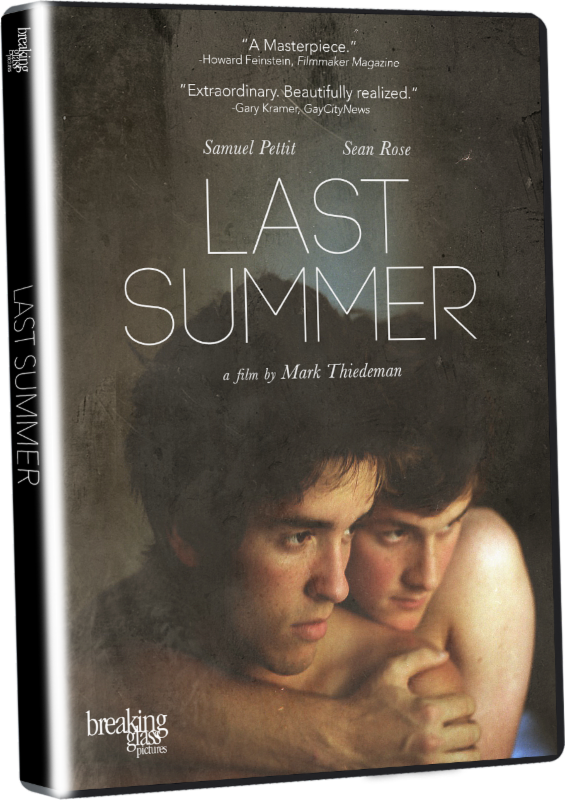 No special feature were announced at this time. "Last Summer" hits stores and VOD providers on December 2nd.

Breaking Glass Pictures will be releasing the drama Last Summer on DVD and VOD (iTunes, Amazon Instant) on December 2, 2014. Last Summer was directed by Mark Thiedeman and stars Samuel Pettit as Luke and Sean Rose as Jonah.

Last Summer tells the story of two high school sweethearts, Luke and Jonah, who spend their final months together over the course of a long, quiet summer in the rural South, contemplating their uncertain future and the uncertain future of America. Jonah, sensitive, quiet and artistic, prepares to leave his small town for college, leaving Luke behind, but all he wants is for Luke to ask him to stay. But Luke, an athlete struggling through summer school, knows that his boyfriend needs to experience the world beyond their home. Though he is somewhat aimless and unsure of his place in the world, he begins to find solace in an old camera that he finds in an antique store. Last Summer positions their love story against a world of baseball fields, bicycles, church, and seemingly conservative values, though the boys never face adversity from their community; instead, they fit directly into the fabric of their all-American town.
at 2:27 PM
Labels: Breaking Glass Pictures, DVD News, Last Summer, VOD News