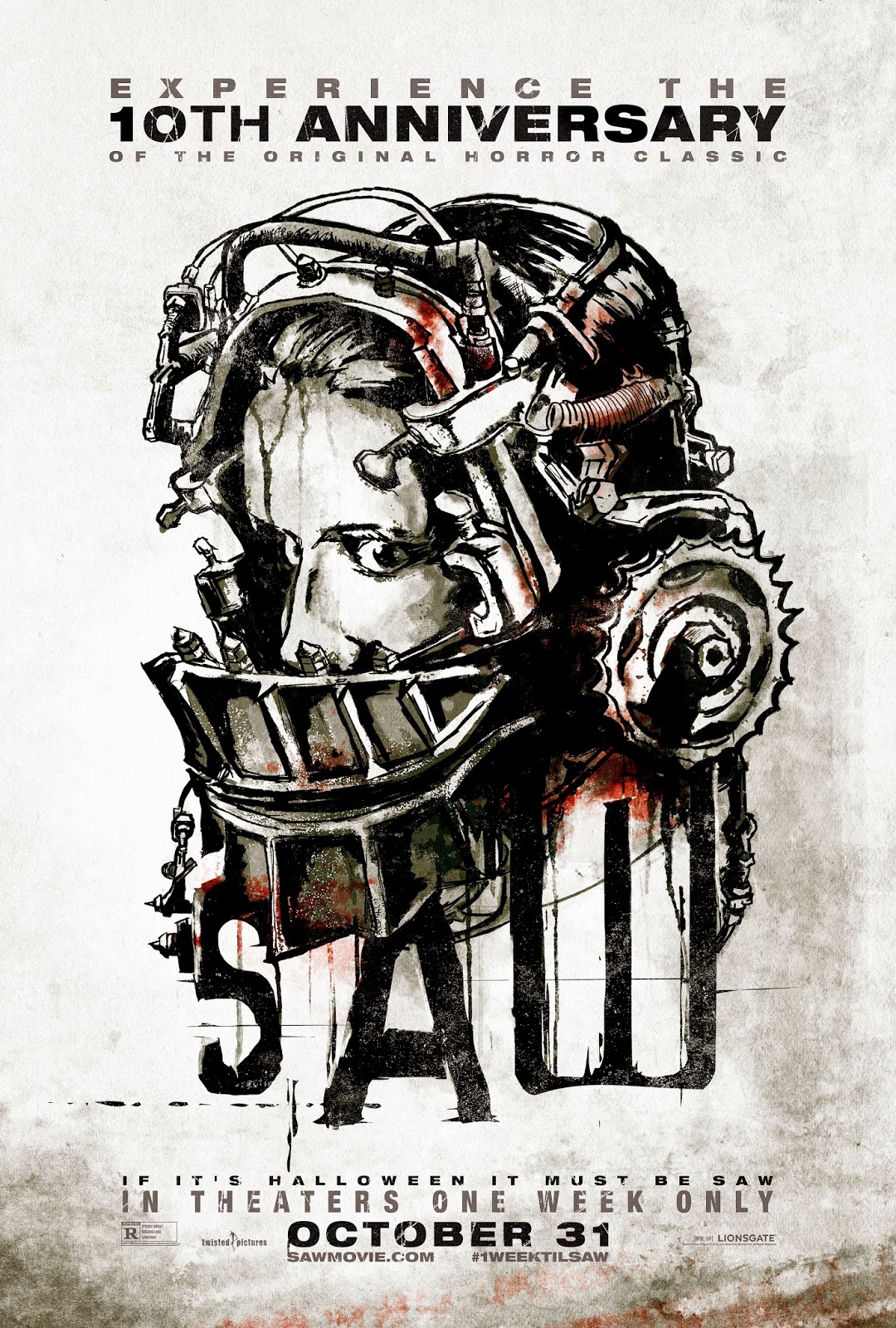 Lionsgate recently released the third of five poster for the 10th anniversary re-release of "Saw". The film released in 2004 introduced us to director James Wan, who has gone to direct "Insidious", "The Conjuring" and the upcoming "Fast and Furious 7" and "The Conjuring 2: The Enfield Poltergeist". It stars Cary Elwes, Danny Glover, Monica Potter, Michael Emerson, Ken Leung, Tobin Bell and Leigh Whannell. "Saw will return to theaters for one week only on October 31st. 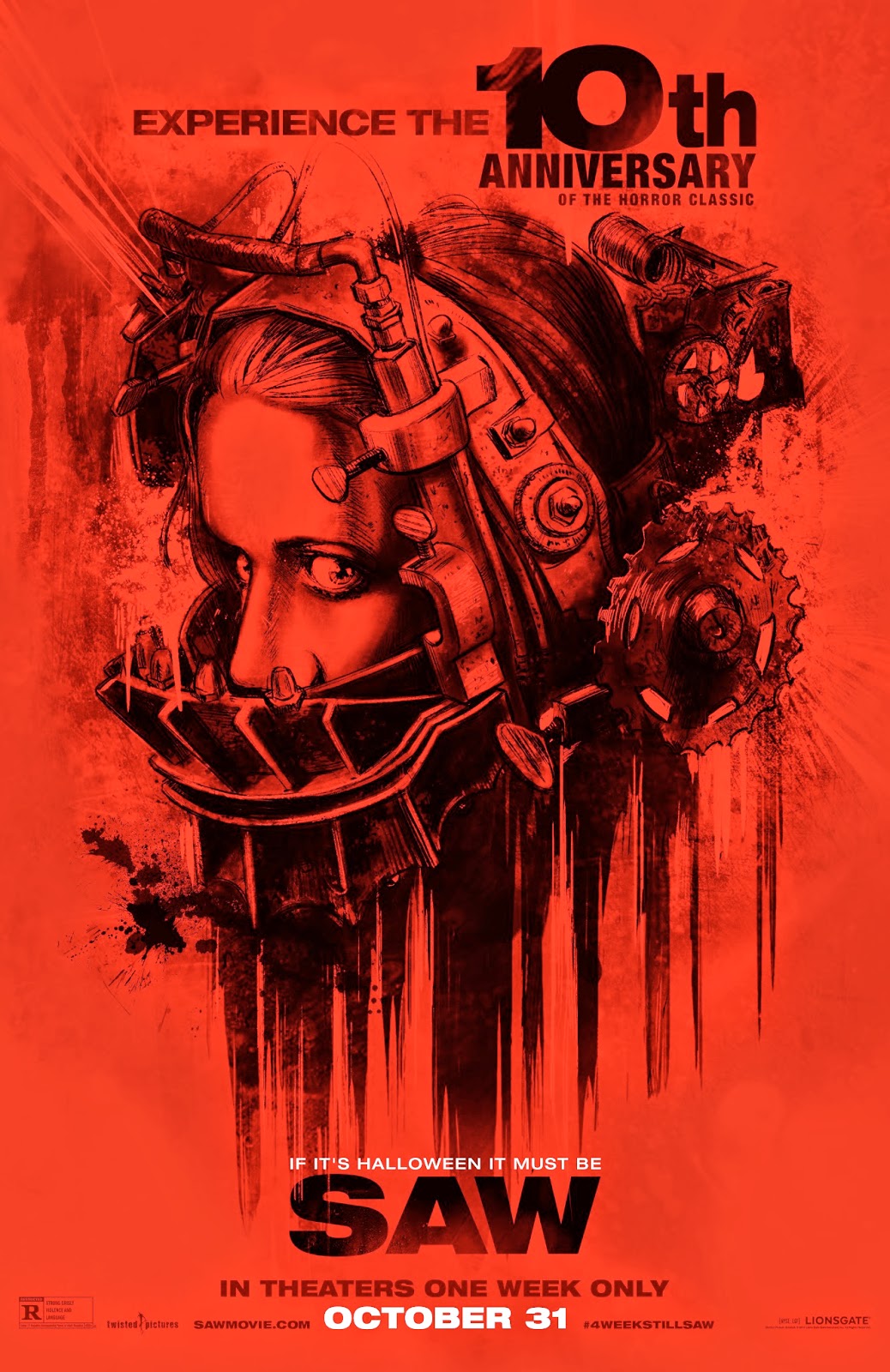 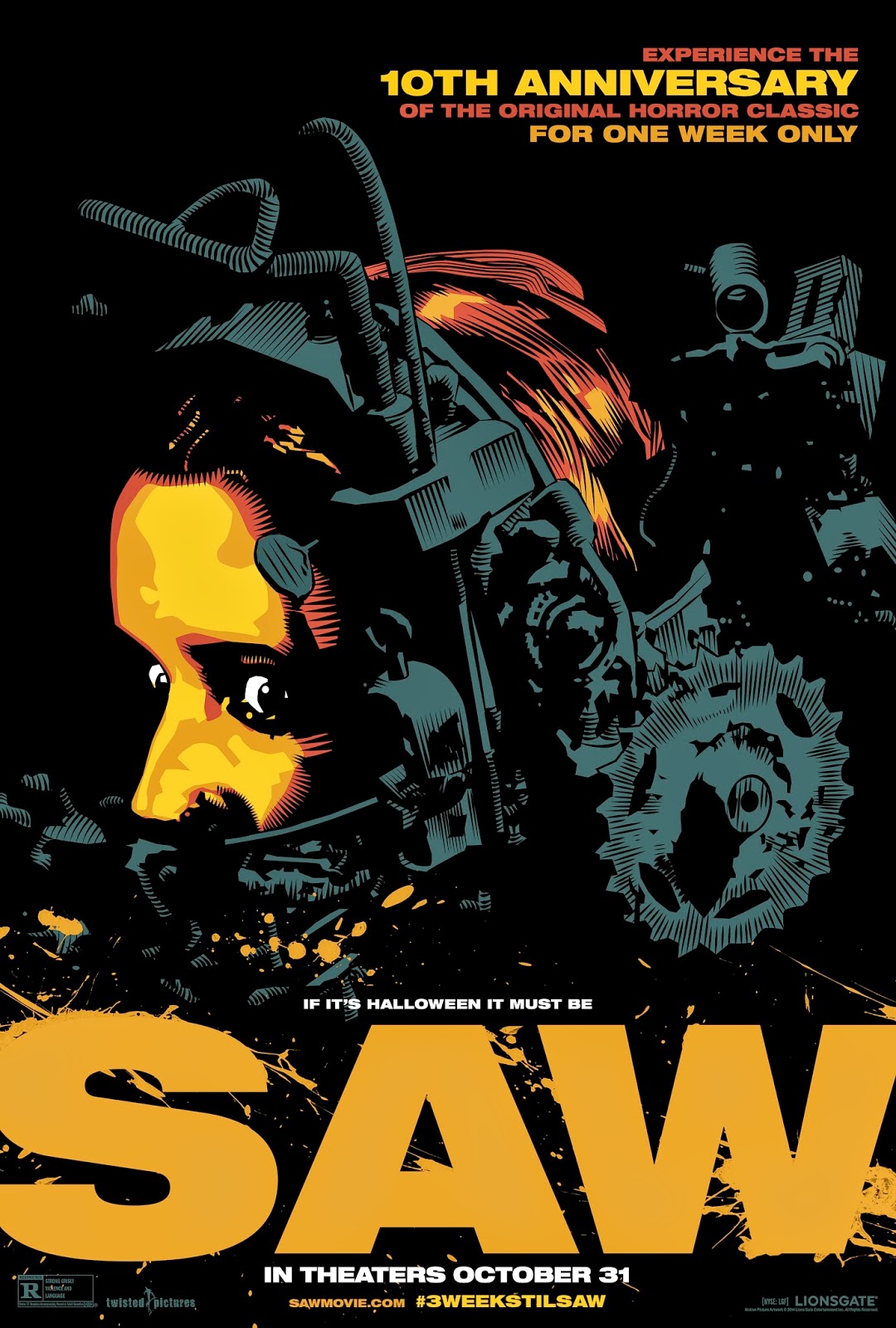 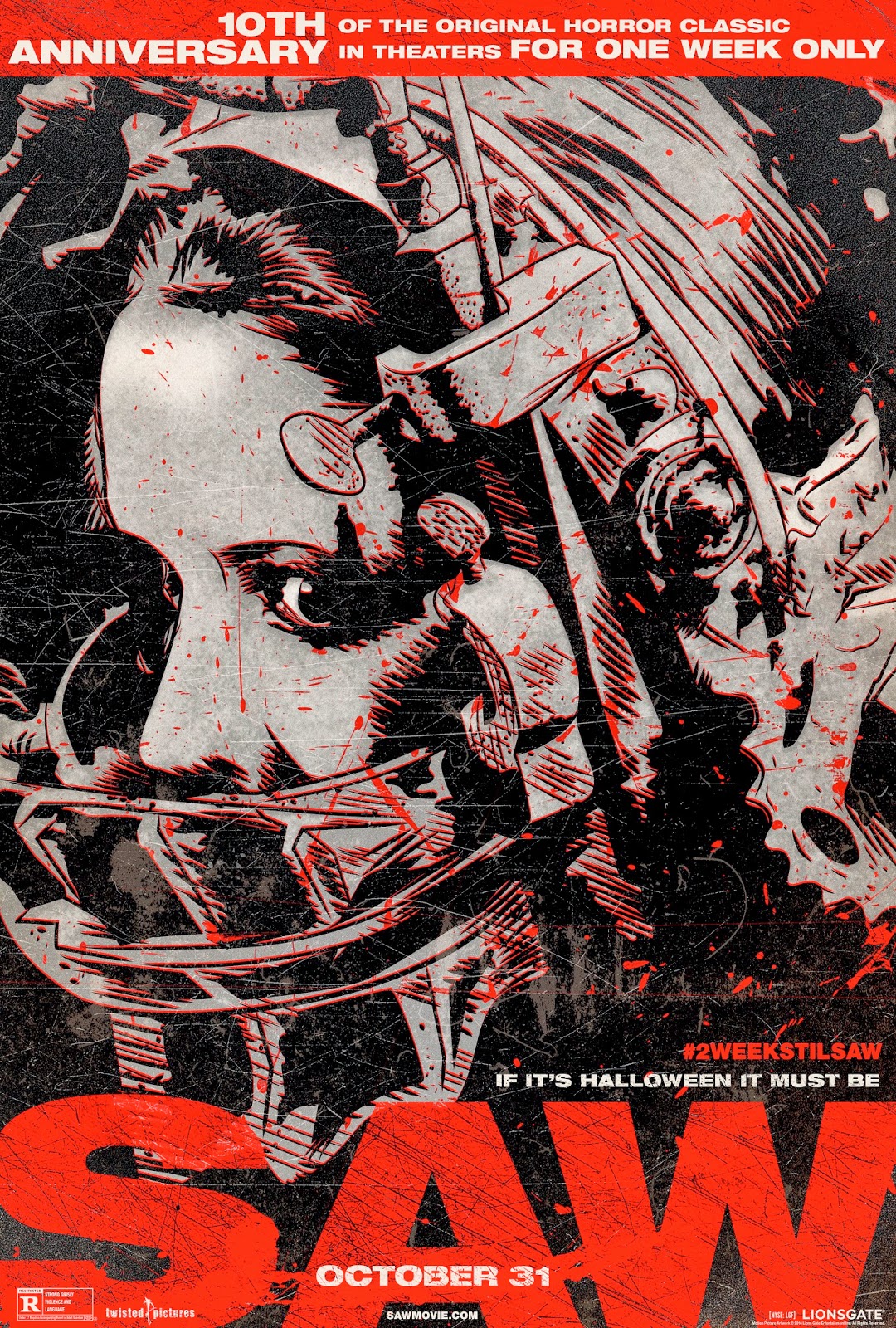