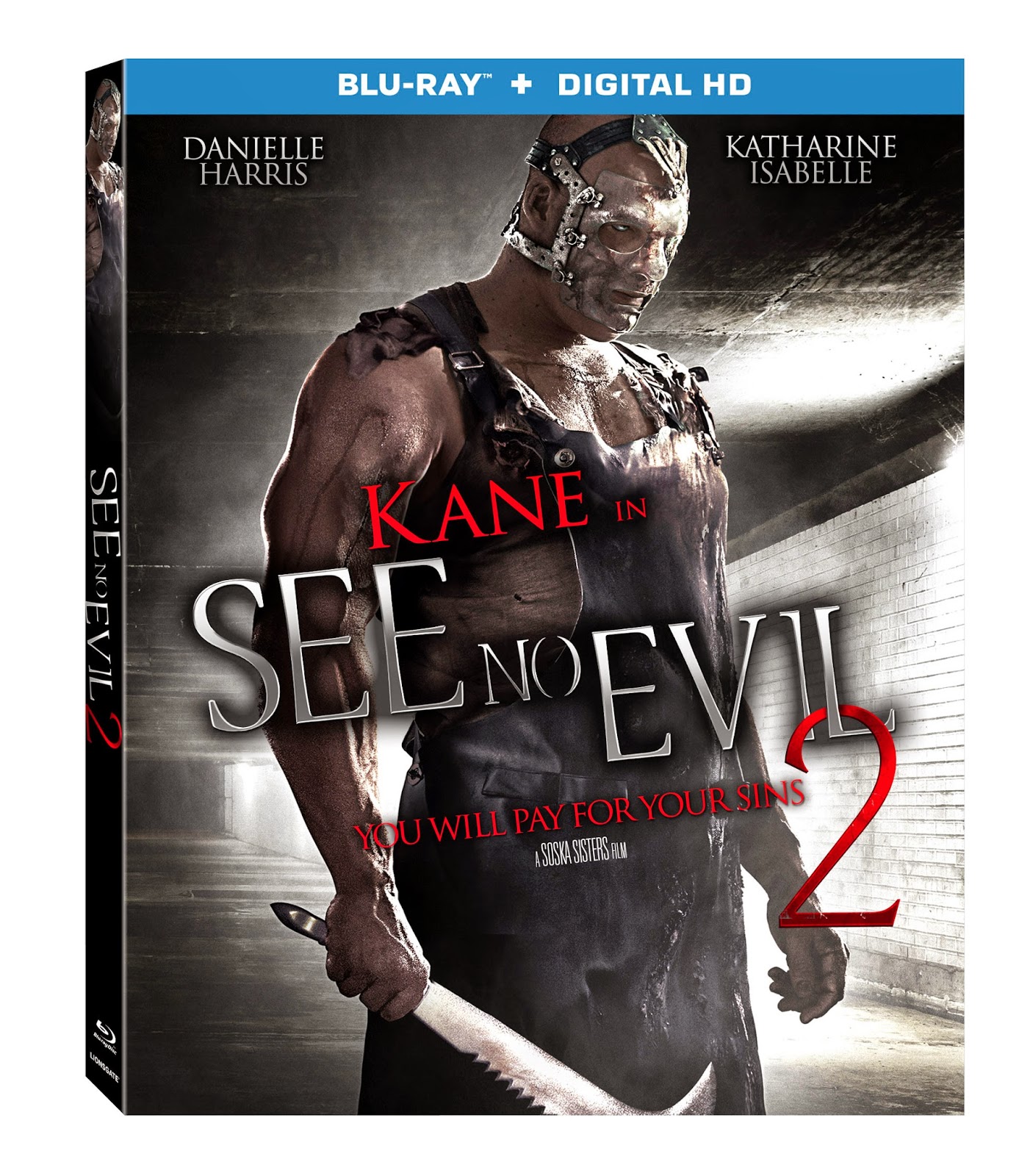 When I first heard about “See No Evil 2”, I thought it was dumbest idea in the world. But when WWE Studios tapped Jen and Sylvia Soska as the directors for this film, I was on board with it after liking their previous films “Dead Hooker in a Trunk” and “American Mary”. Also the casting announce announcements added to my interest in this film.


The film takes place just right after the events of “See No Evil”, where the body of Jacob Goodnight (Glen “Kane” Jacobs) has arrived at the city morgue. A group of friends surprises their friend Amy (Danielle Harris) with a party at the morgue after Amy decides to work late and help out. But their night of fun turns into a night of terror, when Jacob Goodnight reawakens and starts terrorizing everyone. Now they must find a way to survive and leave Jacob Goodnight goes on another sadistic rampage. The film also stars Katharine Isabelle (American Mary) and Michael Eklund (The Call).

One of the reasons that “See No Evil 2” is far better than the first one was the direction from Jen and Sylvia Soska. The twisted twins did a very good job making sure the film had an intense feel to it. From the film’s death scenes to how it was shot, everything felt creative and had a very dark feel to it. This helped me feel like I was watching a serious slasher film than a guilty pleasure film like the first one was. It made the film more enjoyable for me. The other thing that both Jen and Sylvia do very well was to makes the performance very good. I liked, the fact that both of them made that aspect didn’t feel cheesy or try and copy the first film. The direction helped made the scenes work well and it made the characters more interesting on screen.

Speaking of the performances, the lead performances were very good. Glen “Kane” Jacobs performance was much improved from the first film. He does a good job making sure that his character has a serious and menacing feel. It helped with some with some of the action as it comes off as horrifying. The film also has some good performances from Danielle Harris, Kaj-Erik Eriksen, and Katharine Isabelle, as the performances really added to this film.

The main thing that I was afraid of going into this film was the screenplay. The first film didn’t do much to win me over in this department, but it still worked in guilty pleasure way for me. Thankfully, it doesn’t go that route here as I liked it. The screenplay written by Bobby Lee Darby and Nathan Brookes did their job in providing something different from the first film. One of the things that I liked about it was that it had interesting characters and an intense feel to some of the scenes. From the way they develop their subplots to how they approach the action in the story, they did a good job making the story and tone of their screenplay different. It helped keep my interest in the story throughout. The other thing that I liked was the fact that they tried to take this screenplay seriously unlike the writers of the first film. In the first film, the screenplay was lacking a lot as it mostly felt like a collection of kill scenes with good direction. This film didn’t have that same feel as they made sure that the characters were developed enough to make them interesting. It helped the film be a little more serious than “See No Evil”.

This is a big improvement from the first “See No Evil” film. With its good direction from Jen and Sylvia Soska and a screenplay that is intense, “See No Evil 2” is one horrifying good time.