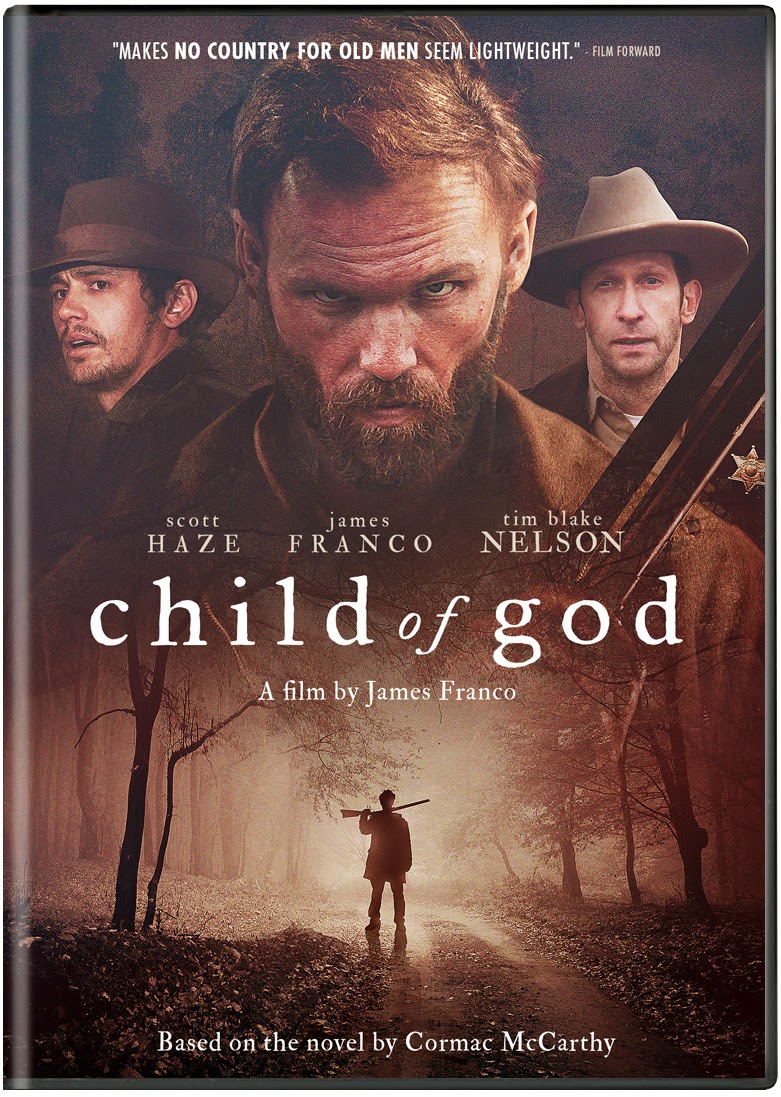 'CHILD OF GOD': Four Stars (Out of Five)

Director James Franco's adaptation of Cormac McCarthy's 1973 novel (of the same name) about a violent outcast trying to survive on his own, in a world that's shun him; set in the beautiful mountains of 1960s Sevier County, Tennessee. Franco also costars in the movie and co-wrote it, with Vince Jolivette. The film also stars Scott Haze (as it's central character, Lester Ballard), as well as Tim Blake Nelson, Jim Parrack, Brian Lally and Jolivette. I haven't read the book, and don't know how much justice Franco does to it, but this movie is definitely fascinating to watch.

Haze plays Lester Ballard; a depraved man child who lost his parents at a very young age and was continuously rejected by society (all of his life). Forced to live on his own, in the mountains of 1960s Tennessee, Ballard becomes more and more mentally unstable, and increasingly violent, due to society's isolation of him. Nelson and Parrack play a sheriff and his deputy; who are following Ballard. Franco plays a man obsessed with taking the law into his own hands, against Ballard.

While (as I've said) I can't comment on how this film lives up to the book that inspired it; I can say that it's almost equally as entertaining and interesting as other McCarthy film adaptations (like 'NO COUNTRY FOR OLD MEN', 'THE ROAD' and 'THE COUNSELOR'). All of these movies take a very disturbing and twisted look at human nature. I think Franco does as good a job, as the others, attempting to bring classic McCarthy literature to the big screen (although 'THE COUNSELOR' was actually an original screenplay, written by McCarthy). With this, and 'AS I LAY DYING' (from just last year), Franco continues to show what an amazingly talented and diverse filmmaker he can be. He does an incredible job of showing how society's alienation of someone can turn them to total madness. There is little light or hope here, which is it's main flaw, but it is a very interesting psychological character study and also a horrendously fascinating thriller. I can't wait to see what Franco does next!
at 7:24 PM
Labels: Child of God, James Franco, Reviews, Well Go USA