"A Walk Among the Tombstones" Review - Written by Tim Hellman 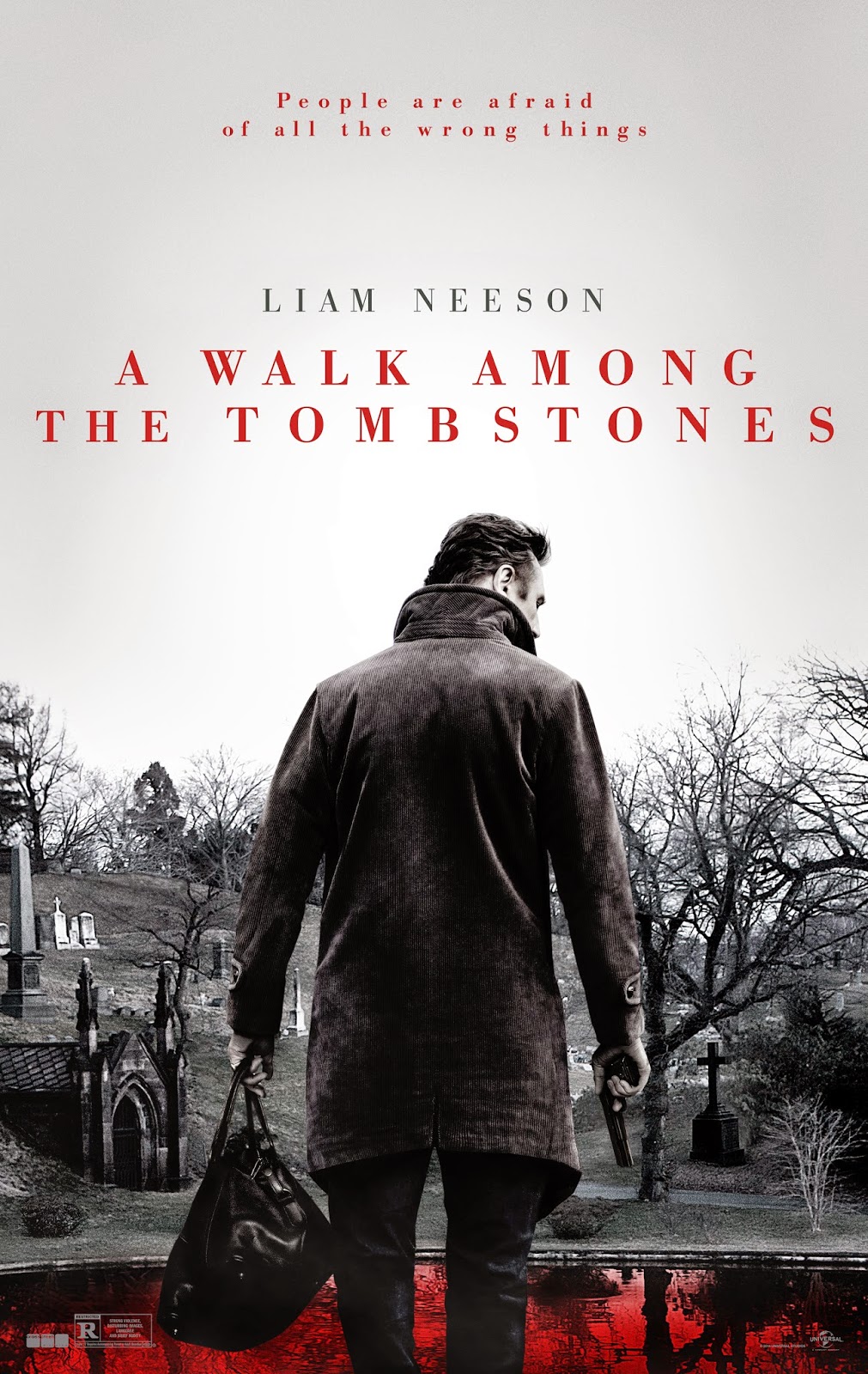 'A WALK AMONG THE TOMBSTONES': Three Stars (Out of Five)

Moody crime thriller starring Liam Neeson as a recovering alcoholic private investigator, named Matthew Scudder. Scudder is a popular character featured in a series of New York crime novels, written by Lawrence Block. In this film (based on the book of the same name) the P.I. is hired by a drug trafficker, to find the men who kidnapped and brutally murdered his wife. It was written and directed by Scott Frank; a veteran screenwriter who also performed both duties on the 2007 crime drama flick 'THE LOOKOUT'. It costars Dan Stevens, David Harbour, Adam David Thompson, Boyd Holbrook and Brian 'Astro' Bradley. It's stylistically a nice throwback to the 70s film noir cop movies of yesteryear but it's also excruciatingly slow and boring.

Matthew Scudder is a former police detective who lost his job due to an alcoholic incident, while taking down three violent criminals. He now works as a private investigator, for hire, and draws the attention of a druggie, one day, named Peter (Holbrook). Peter asks him to meet his brother, Kenny Kristo (Stevens); a drug trafficker who wants Scudder to find the men that killed his wife. Scudder reluctantly takes the job and digs deep into the New York City crime underworld. While trying to solve the case he finds unlikely help from a homeless kid named T.J. (Astro).

Those wanting to see Liam Neeson play an unstoppable badass, like he did in 'TAKEN', will be sorely disappointed. This is not an action movie; there are two well done action scenes in it (in the beginning and end) but that's it. This is a painfully slow paced crime mystery. Neeson is good in it and Frank does a good job setting the right grim mood, that's fitting to the material, but other than that the film is a completer bore. I'll give it three stars (out of five), still, because I think it does a good job of delivering the type of movie that some genre fans are looking for. I'm not one of them.
at 5:31 PM
Labels: A Walk Among the Tombstones, Liam Neeson, Reviews, Universal Pictures