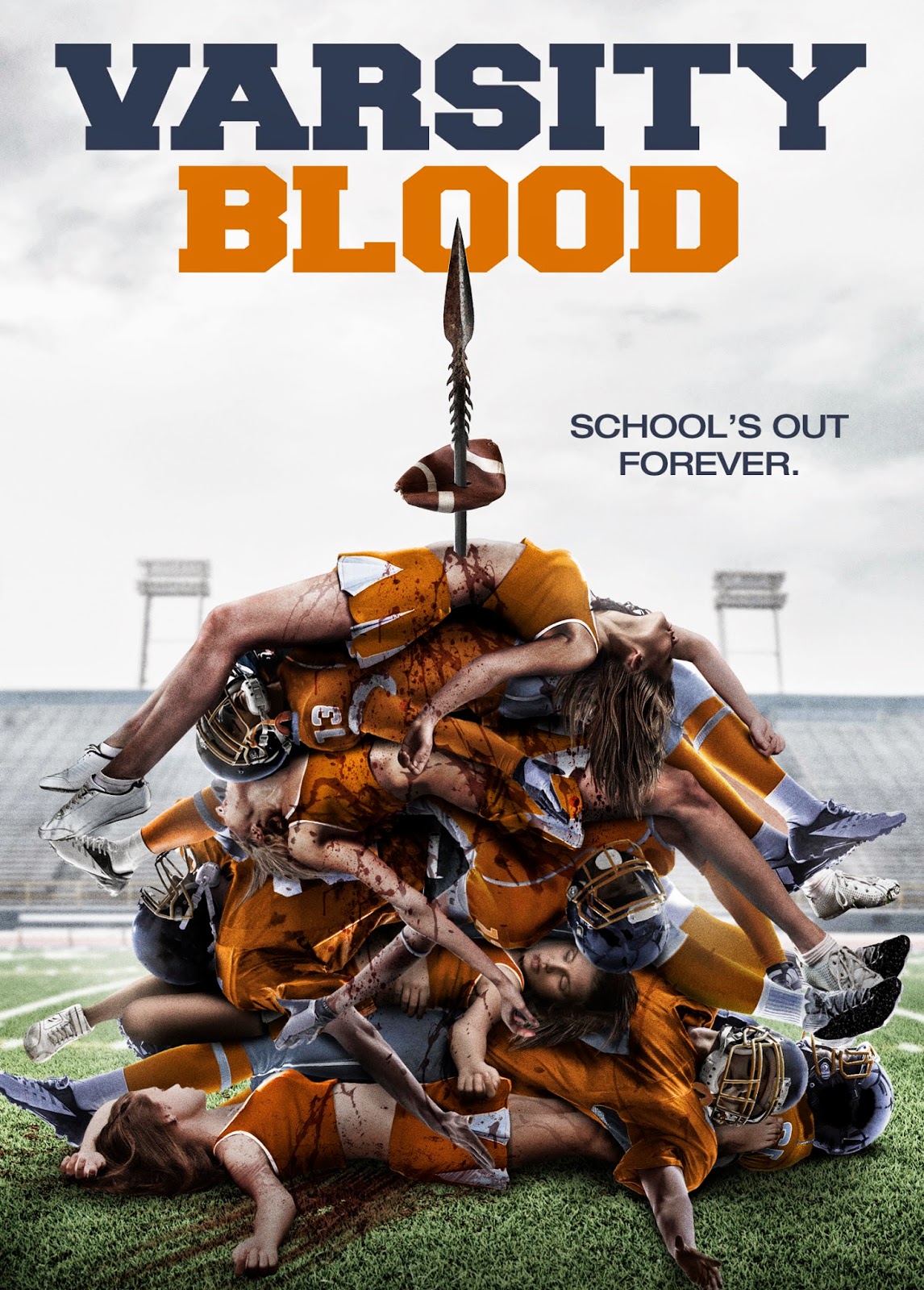 Varsity Blood is what I like to call "a harmless little movie." It's not good enough to be called a great film or anything, but it isn't bad enough for you to leave your popcorn in a pile on the floor in disgust either. Written and directed by Jake Helgren, Varsity Blood is a slasher very much in the vein of Friday the 13th: sexy teenagers (cheerleaders and football players, natch, given the title is a take-off of Varsity Blues) carousing with drugs, alcohol, and sex get picked off one by one in various gruesome ways by a masked killer, in this case their mascot. And of course there's a twist a-coming as to who is under that mask and, gasp, it's not who you expect!

If it sounds like Varsity Blood is pretty generic, well, it is. As I said, it's very much like Friday the 13th and all those other eighties slasher flicks. It's very clearly a homage, right down to having scream queen Debbie Rochon play one of the characters' mothers. But there's one thing Varsity Blood does that a lot of modern slasher flicks seem to forget about, and it sets it apart quite a bit: it has characterization!

Varsity Blood opens, as slasher flicks do, with a kill in the first few minutes to whet our appetites, but then, there is no blood or death to be found for at least another half hour, if not longer. We get to know the characters, from the cheerleader smothered by her mother to the girl who is screwing the guy her sister wishes she was screwing to the town sheriff to the step-father with a son in a mental asylum. We get to know these characters and many more, so we have reasons to either want them to die in some cases or be sad to see them go in others. I honestly think the last time I saw a movie excel at characterization like this was the first Scream, and that was eighteen years ago now.

But while the writing might excel at characterization, it's back to generic city for the rest of the script, and everything else about the movie, for that matter. From the dialogue to the acting, directing, and kills, it's all average. The killer's identity is a nice touch, as well as the twist attached, but other than that, there's nothing else special to speak of. The name of this game is characterization, and it's there that Varsity Blood scores a touchdown. I give it three out of five stars.
at 5:13 PM
Labels: Image Entertainment, Reviews, RLJ Entertainment, Varsity Blood