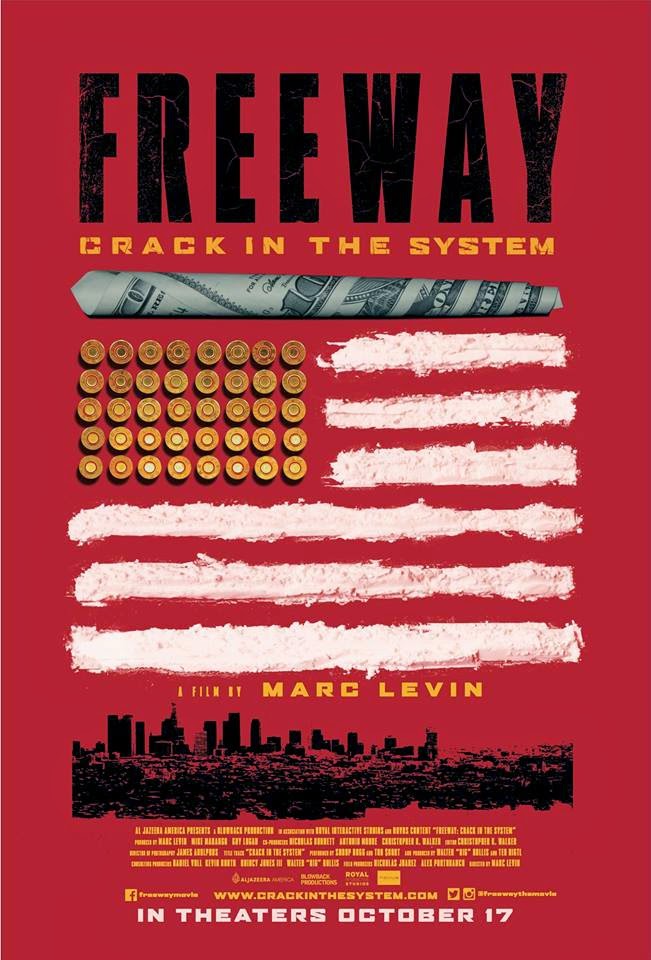 Novus Content recently released information for their upcoming release on "Freeway: Crack in the System". The documentary is the latest from director Marc Levin (SLAM, Mr. Untouchable, Brick City). The film exposes how the infiltration of crack cocaine destroyed inner-city neighborhoods across the country. "Freeway: Crack in the System" hits theaters in limited release on October 17th.

For more information on this film, you can visit the film's official website at: www.freewaythemovie.com.

Award-winning filmmaker Marc Levin's (SLAM, Mr. Untouchable, Brick City) new documentary, "FREEWAY: CRACK IN THE SYSTEM" will be released on October 17, 2014 in select theaters. The first look of the trailer provides a sneak preview of the film's original title track by Snoop Dogg and Too $hort. Produced by Al Jazeera America in association with Blowback Productions and Royal Interactive Studios, the film will be distributed by Novus Content.

FREEWAY: CRACK IN THE SYSTEM tells the story of broken dreams, drug dealers, dirty cops, and government complicity—more compelling than fiction, it's the real story behind America's longest war. This documentary by award-winning filmmaker Marc Levin (SLAM, Mr. Untouchable, Brick City) exposes how the infiltration of crack cocaine destroyed inner-city neighborhoods across the country. At the center of it all is the rise, fall and redemption of Freeway Rick Ross, a street hustler who became the King of Crack and Pulitzer Prize winning journalist Gary Webb, who broke the story of the CIA's complicity in the drug war; whose story is featured in the upcoming Focus Features film, Kill the Messenger, starring Jeremy Renner. Featuring exclusive interviews with Freeway Rick Ross, not to be confused with the rapper who stole his name; Webb's source Coral Baca, and wife Susan Webb; former Los Angeles Deputy Sheriff Roberto Juarez; drug trafficker Julio Zavala and many more.

Producer, director and writer Marc Levin's history covering the drug war goes back to the Iran-Contra hearings with Bill Moyers, for "The Secret Government," which garnered him an Emmy, to meeting Gary Webb through "C.I.A: America's Secret Warriors," which won a duPont-Columbia award, to tracking down heroin kingpin Nicky Barnes in "Mr. Untouchable," to his HBO films "Gang War: Bangin' In Little Rock," "Prisoners of the War on Drugs" and "Thug Life in DC," among others. On making the film, Levin says, "This is personal. I was there at the Iran Contra hearings where I first heard the accusation that the CIA stood for Crack in America. I knew Gary Webb. I met Rick Ross when he was in prison for life. This is the real story of the crack era and the blowback we've lived with for over 30 years."
at 4:36 PM
Labels: Documentary, Freeway: Crack in the System, Indie News, Novus Content