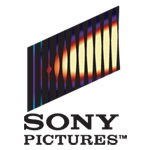 Sony Pictures and Tri Star Production recently released news that Ang Lee (Brokeback Mountain, The Life of Pi)will direct "Billy Lynn's Long Halftime Walk". The film is based on the Ben Fountain novel. No release date was announced at this time.

Tom Rothman's TriStar Productions and Film4 announced today that the three-time Oscar®-winner Ang Lee has chosen an adaptation of Ben Fountain's acclaimed novel Billy Lynn's Long Halftime Walk as his next film, his first since winning the Academy Award® for directing the groundbreaking Life of Pi.

The film will be produced by Lee, Ink Factory's Stephen Cornwell, Rhodri Thomas and Simon Cornwell and by Film4, who originally optioned the book. Simon Beaufoy wrote the script. TriStar has been developing the project with Film4 and Ink Factory since opening its doors at the end of last year. Tessa Ross, who oversaw Film and Drama for Film4 until recently being named to run the UK's National Theatre, was instrumental on behalf of that studio.

Making the movie for TriStar returns Lee to the Sony Pictures umbrella, where he enjoyed great success with Crouching Tiger, Hidden Dragon and Sense and Sensibility.

The film tells the funny and heartbreaking story of 19-year-old soldier Billy Lynn and his squad, who survive an Iraq battle that is captured by embedded news cameras, causing them to become celebrated as heroes. They are brought home by the US administration for a promotional tour that culminates at the halftime show of a Thanksgiving Day football game in Texas, before they are returned to the war. Almost the entire movie takes place during the game, with flashes away to other events.

Rothman, who has a long history with Lee, orchestrated the deal to bring on the director. The longtime colleagues' most recent venture was the "unfilmable" Life of Pi. Defying all odds, that film grossed $600 million at the worldwide box office.

Said Lee, "I am very excited to be going back to work and to be collaborating with my old friend Tom Rothman. The most important thing to me is storytelling and Billy Lynn's Long Halftime Walk is a story that immediately gripped me. I look forward to starting the creative process with this extraordinary team of collaborators."

Commenting on the announcement, Rothman said, "Ang Lee is constitutionally incapable of repeating himself. His very DNA requires him to always find new challenges. 'More of the same' may be the film fashion these days, but thankfully not for this exceptional artist. Ang Lee's Billy Lynn will be a true original, and TriStar is in the business of investing in originality, here combined with innovation. Big movies come from such combinations, as witness Life of Pi. We are grateful to Ink Factory, Simon Beaufoy and Ben Fountain for trusting TriStar with Billy's story. Having worked with my friend Tessa on Slumdog Millionaire, 12 Years a Slave, and many other films, I am also grateful to Film4 and sad (but only for us) that she got such a great new gig."

Tessa Ross added, "All of us at Film4 are bowled over that Ang Lee, one of the outstanding filmmakers of his generation, shares our passion for this wonderful material. It's a thrilling collaboration to look forward to and we're very excited to work with our partners at TriStar and this great team to make what promises to be a truly memorable piece of cinema."

Stephen Cornwell, on behalf of The Ink Factory, said, "From the moment we first read Ben Fountain's amazing novel, we believed it would be the foundation for a seminal movie. Film4 and TriStar have been wonderful development partners. Simon Beaufoy did a terrific job and Ang's vision for the film is groundbreaking and extraordinary."
at 3:58 PM
Labels: Ang Lee, Billy Lynn's Long Halftime Walk, News, Sony Pictures, Tri-Star Pictures