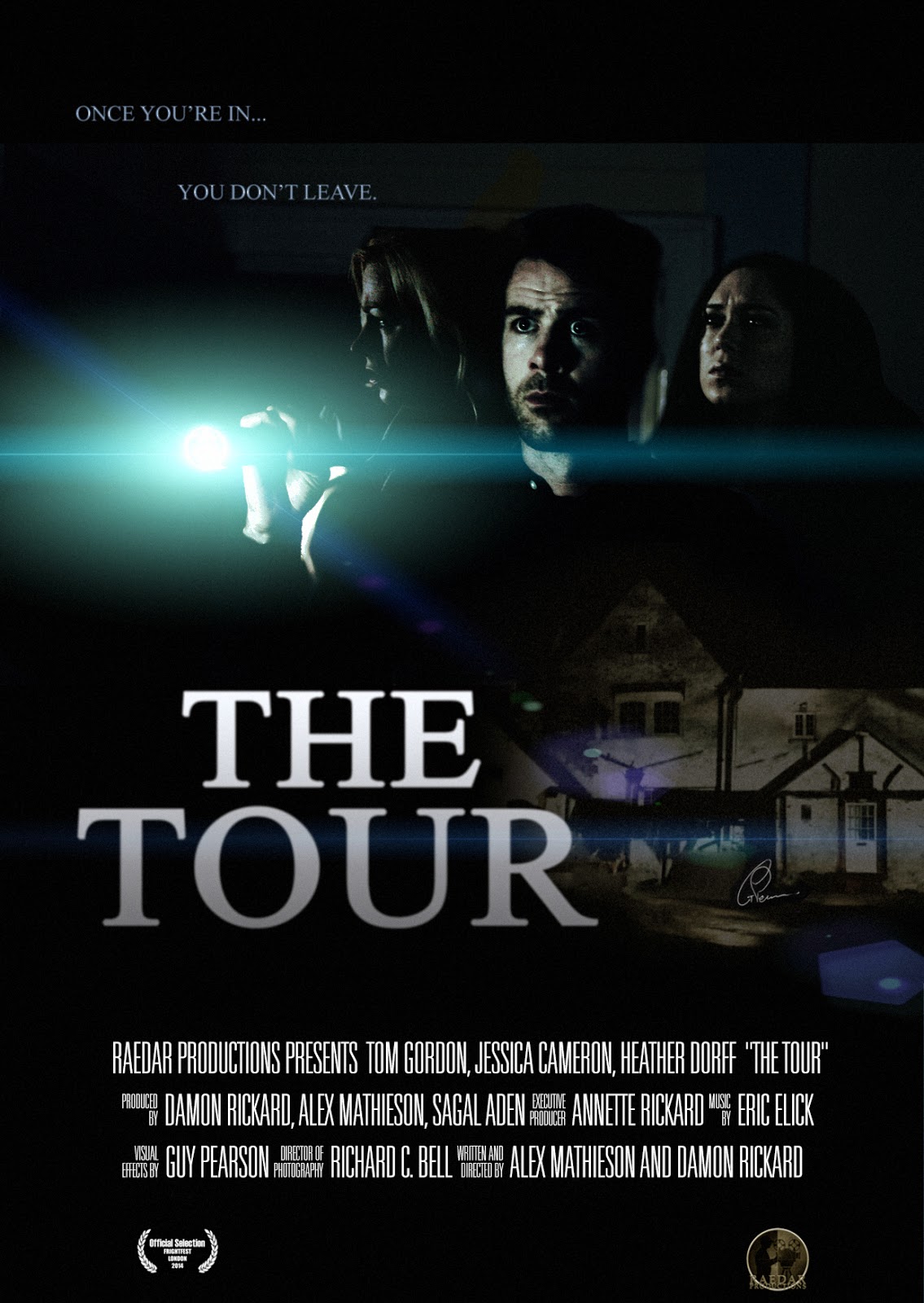 “The Tour” is a short horror film that is currently playing on the film festival circuit with it recently having its world premiere in London at the Frightfest Film Festival.

The short film follows two American tourists (Jessica Cameron, Heather Doff) who visit Darkmoor Manor which is one of England’s most haunted houses. During the tour, they meet an attractive tour guide (Tom Gordon) who makes an impression on both of the tourists by getting them inside the house once darkness sets in. But what they all don’t realize, something sinister is lurking inside the shadows of the house.

When I first heard about “The Tour” working on the Fright Meter Awards Committee, I knew that I wanted to check this short film out so bad because the premise looked interesting. When I finally got to check this film out, I was very surprised that I wasn’t disappointed, as I really enjoyed this film a lot.

One of the reasons was the film’s direction. Directors Alex Mathieson and Damon Rickard did a very good job making sure the direction of each of the scenes work so well. Whether it’s the film’s opening scenes to the action, the directors did a very good job making sure the scenes added to the story and help keep my interest levels up. This also helped made the sequences and the tone of the film work so well for me. The other thing that I liked about this film was the fact that the look of the film looked very professional. The directors along with their cinematographer Richard C. Bell did a great job making sure the look of the film had a dark and haunting feel to it. It effectively helps make some of the film’s scenes look creepy and dark.

The acting was very good here, as this is one of the better acted short films that I’ve seen in a while. The directors did a very good job making sure that the performances were very good. I liked how Jessica Cameron, Heather Doff and Tom Gordon made their characters worth watching. Whether it’s the chemistry the three had together to how they approached their roles, it helps make this film very entertaining from start to finish.

You should go out of your way to check this short film out if it’s playing at a film festival near you this Halloween season. “The Tour” is a very entertaining film that will scare and haunt you.

The film will be making its USA premiere at the Screamfest Film Festival in LA that runs from October 14th through the 23rd.

For more information on “The Tour”, you can visit the film’s official Facebook page at: https://www.facebook.com/thetour2014