Hi, this is Anthony T and welcome to new column “The Blu-Ray Treatment”. I’m one of those people that mostly prefer Blu-rays to DVDs. This column came about when I was on a walk listening to the “Shock Treatment” soundtrack. It got me thinking about maybe I should write about those films that I loved during the DVD era and bring awareness to those films that haven’t received the Blu-ray treatment here in the U.S.A. For some of these titles, I feel the studios that have the rights to these titles have abandoned them. These are very good films and cult favorites from the 70’s, 80’s, 90’s and 2000’s that I love and never received Blu-ray treatment.

Each column will have two titles and they will be numbered like a case file. I will write about each film and state why the film deserves the Blu-ray treatment. Each edition will be labeled by volume. For instincts, this is vol. 1. Sometimes it will have a subtitle, if it’s geared towards something themed. This one isn’t, as this is two random films that I’m talking about.

With that said, let’s start with a cult classic from the 80’s. 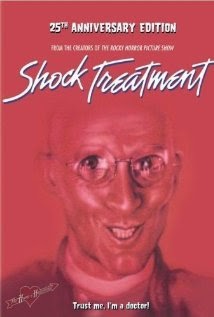 The first film on this list is the 1981 cult classic “Shock Treatment. Why this hasn’t received a Blu-ray release is beyond me. This is the sequel to “The Rocky Horror Picture Show” which is the greatest cult classic film ever made.

“Shock Treatment” has always been a favorite in my DVD library. One of the things that I liked about the film was the music. Having that 80’s new wave and mellow feel to the music aspects of the film has helped separate its self from the its predecessor, as it also helps give this film its own identity. The other thing that makes this good was that the direction. Director Jim Sharman does a very good job handling the film’s set pieces. It has a very upbeat feel to it. The direction help makes all of the film’s song have an impact as you’re listening to each of the songs and it always makes me always engaged every time I watch it.

Why it should be on Blu-Ray:

“Shock Treatment” was ahead of its time with its reality TV feel to the backdrop of the film. The film still has a cult following after all those years from its original release. It’s not as big as Rocky Horror’s following, but the film a still has an impact among most Rocky Horror fans.

From a cult classic to one of my favorite independent films of the 00’s. 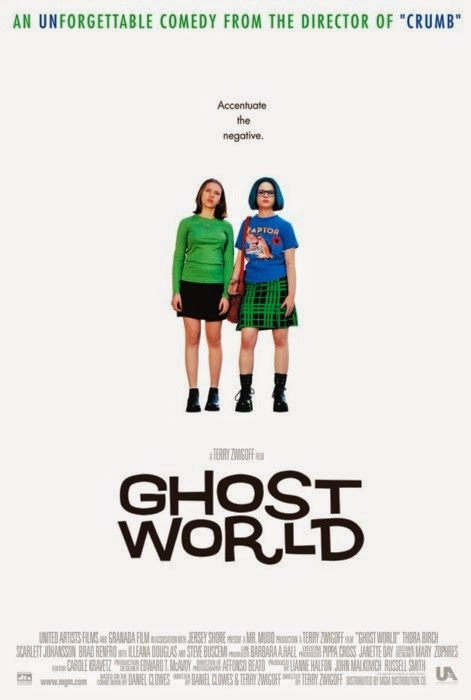 This film was tailor made for this column. One of the main reasons that I like this film so much was Daniel Clowes and Terry Zwigoff’s screenplay. They make the film’s dark humor work so well. It’s funny enough that it helps make the film quirky and interesting at the same time. Their screenplay also has very good character development, as you can clearly see the characters develop through the course of the film. It makes the film’s story work so well. The other thing that I like about this film so much was the performances. Thora Birch, Scarlett Johansson and Steve Buscemi were great in this film. Each of them did a great job making sure their performances and chemistry fit the film’s odd and dark tone. It’s what makes this film very entertaining.

Why this film should be on Blu-Ray:

I should be asking a different question. Why hasn’t The Criterion Collection picked this up yet? This film has the type of feel of a film that Criterion usually releases plus the film has a lot of factors. It’s directed by Terry Zwigoff who directed the entertaining documentary “Crumb” and would later go on to direct the demented Christmas film “Bad Santa”. The film is also one of Scarlett Johansson first films to feature her in a leading role and it also co-stars Steve Buscemi from HBO’s “Boardwalk Empire”.