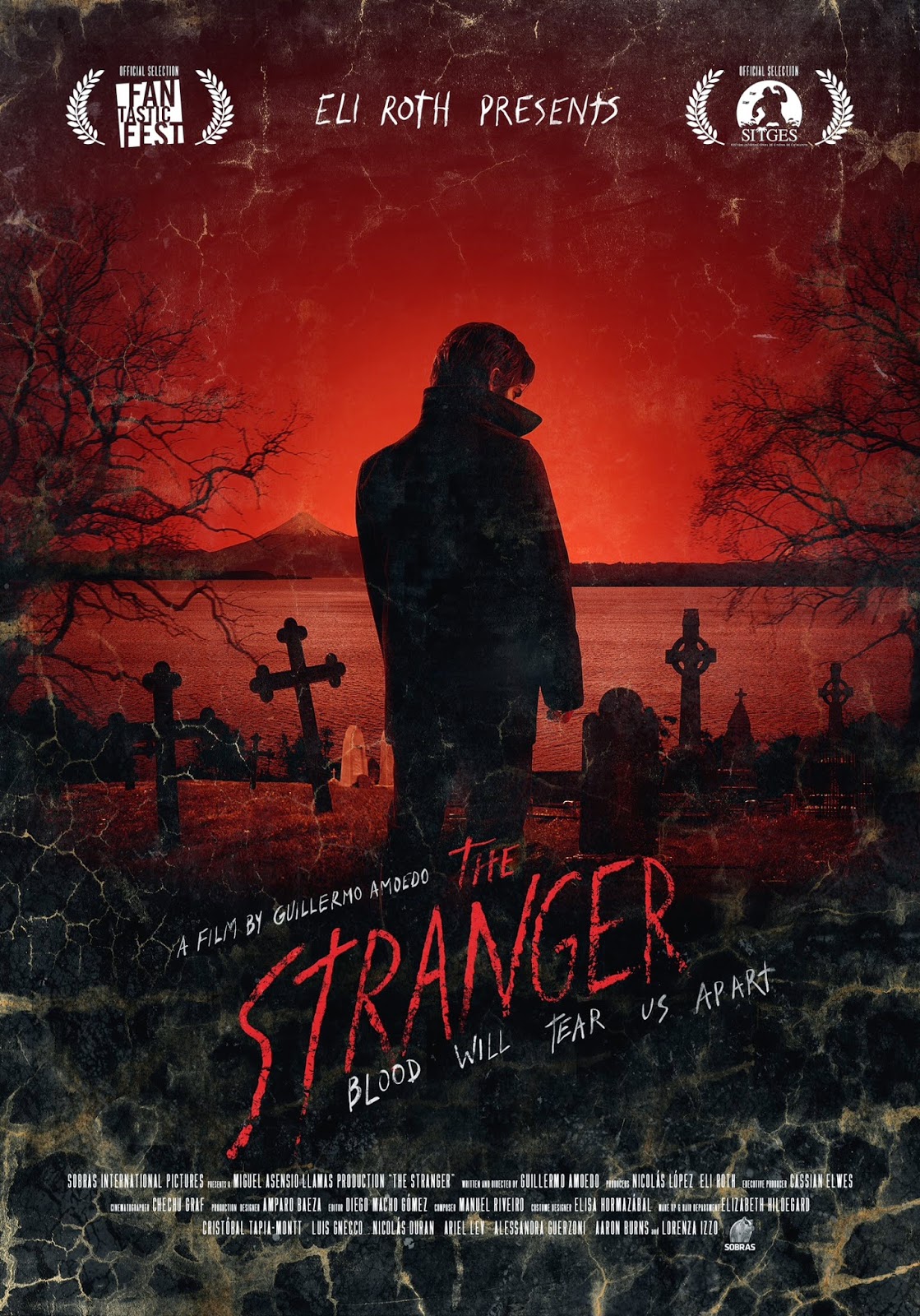 Fantastic Market-Fantastic Fest's Latin American genre co-production market-is proud to announce that Eli Roth and Nicolas Lopez will be special guests at the 2014 market. On Friday, September 19th at 10 AM, Lopez and Roth will receive the market's first LA DE DIOS award, give a keynote speech and following, discuss their "Chilewood" partnership. In two short years, the partnership has created such films as AFTERSHOCK, THE GREEN INFERNO, KNOCK KNOCK, and their latest production, THE STRANGER, written and directed by Guillermo Amoedo (co-writer of Aftershock, THE GREEN INFERNO, and KNOCK KNOCK), and produced by Amoedo, Lopez, Miguel Asensio, and Roth. Fantastic Fest will also host the world premiere of THE STRANGER on Friday, September 19th.

"I've had an amazing experience, both creatively and financially in Chile partnering with Nicolas Lopez and Miguel Asensio. Their whole approach to filmmaking is completely different from anywhere in the world, and I've found it to be far more creative as well as cost-effective. As the business changes and contracts and costs are cut filmmakers need to find ways to make their films without sacrificing quality or scope. We're making theatrical genre films for a global audience, building Santiago as a new production base for filmmakers from every country. It's been an amazing, fruitful partnership, and we feel like we're only beginning," said Roth.

Add Nicolas Lopez, "Eli came to Chile in 2011, he loved my crew, our mentality and my producer and business partner Miguel Asensio. A year later we were shooting Aftershock, six months later we shot THE GREEN INFERNO, and six months after that THE STRANGER...and in May we wrapped KNOCK KNOCK starring Keanu Reeves. At the same time we shot a TV pilot and I did a trilogy of romantic comedies in Spanish (QUE PENA TU VIDA, QUE PENA TU BODA, QUE PENA TU FAMILIA) and a PROMEDIO ROJO sequel. We called this concept Chilewood. Making movies from Chile, for the world, for a price, without losing quality and creativity. I found in Eli a real connection between Chile and Hollywood and he found a home where he can develop any project. Fantastic Fest gave me the special Jury Prize for SANTOS and they premiered Aftershock in the U.S. I love Fantastic Fest and it's an honor to have the world premiere Guillermo Amoedo's THE STRANGER this year."

"The partnership between Nicolas Lopez and Eli Roth reflects the exact spirit with which Fantastic Market was started," says market director Rodney Perkins. "We welcome their attendance at the market and look forward to their insights."
at 6:13 PM
Labels: Eli Roth, Fantastic Fest, Film Festival News, News, The Strangers