Drafthouse Films Acquires "Confetti of the Mind: The Short Films of Nacho Vigalondo" 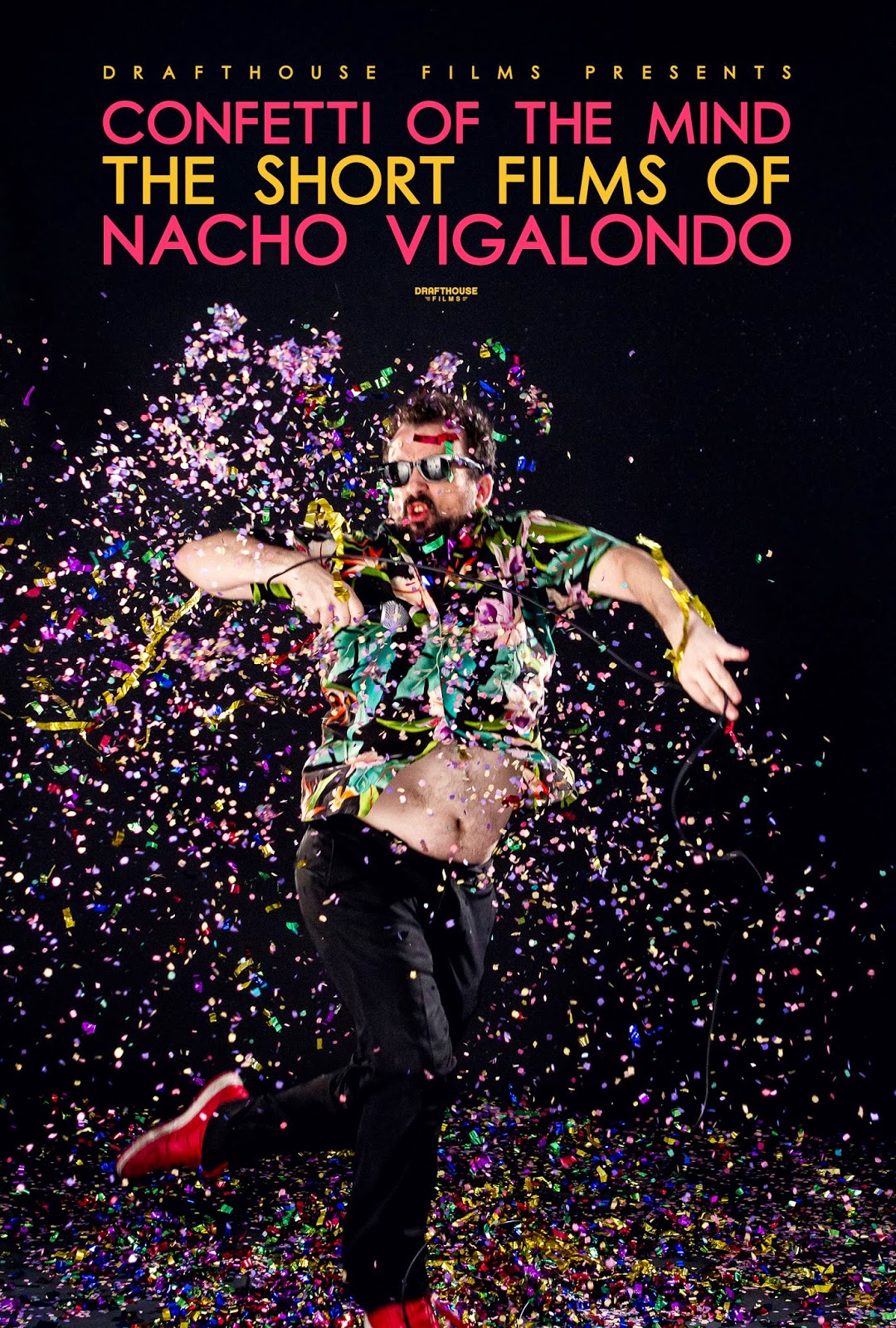 Drafthouse Films is pleased to announce the acquisition and digital release of CONFETTI OF THE MIND: THE SHORT FILMS OF NACHO VIGALONDO, the definitive compilation of Nacho's most brilliant and unforgettable shorts. Collected for the first time and personally curated by Vigalondo himself and his longtime partner-in-crime , Nahikari Ipiña, CONFETTI features such favorites as CHOQUE, SUNDAY, MARISA, and CARLOTA, as well as a fresh introduction and thoughts by the man himself.

"If I ever have a child he will have to compete against this for my total love," said an excited, and child-free, Nacho Vigalondo. James Emanuel Shapiro, COO of Drafthouse Films shared Vigalondo's enthusiasm, "It's been a dream of ours to work formally with our friend Nacho and its perfect that we get to show his remarkable evolution as a filmmaker through this feature length compilation of his short films."

Alamo Drafthouse's favorite son and the unofficial mascot of Fantastic Fest, Nacho Vigalondo blew the indie world away in 2008 with his astonishing debut feature TIMECRIMES before following up with EXTRATERRESTRIAL (2011) and OPEN WINDOWS (2014). But the startling originality in these films didn't come from nowhere; Nacho had already written, directed, produced and acted in a robust body of short films, including 2003's Academy Award®-nominated short film, 7:35 IN THE MORNING.

To celebrate the release of CONFETTI OF THE MIND, Drafthouse Films will premiere the program theatrically at Fantastic Fest on Sunday, September 21st where it will be accompanied by the aptly-named dining experience, 'Nacho's Nacho's.' The compilation will also be made available that same day via digital platforms including VHX, Vimeo and more. Confetti is not optional.
at 10:03 PM
Labels: Confetti of the Mind: The Short Films of Nacho Vigalondo, Drafthouse Films, Fantastic Fest, Indie News, Short Film