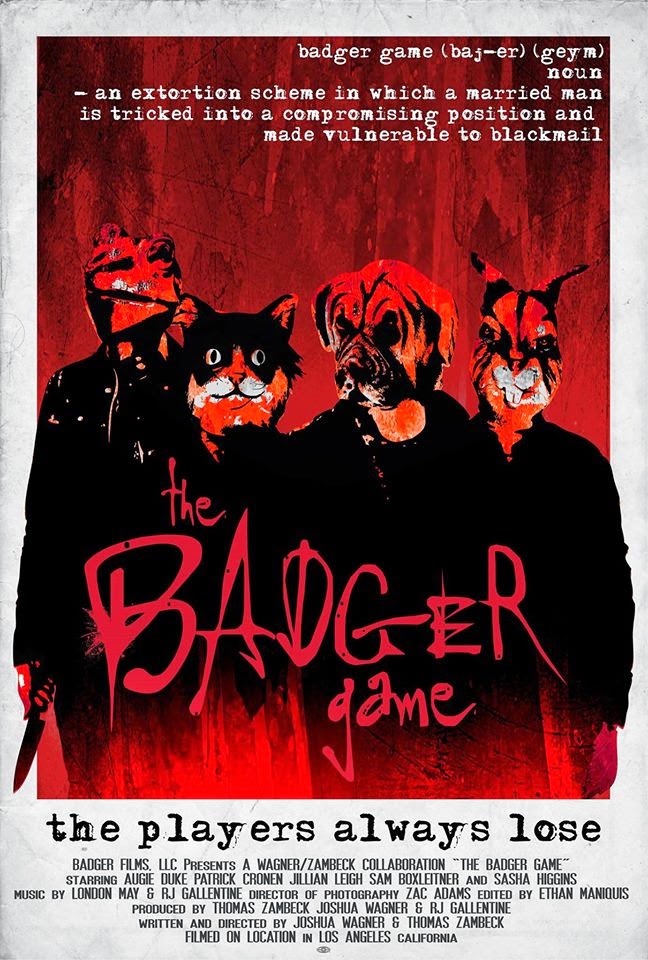 The film will be premiering at the Arizona Underground Film Festival on September 27th. The screening will take place at The Screening Room at 127 E. Congress in Tucson, AZ. Directors oshua Wagner and Thomas Zambeck and actresses Jillian Leigh, Augie Duke and Sasha Higgins will take part in a Q&A session after the screening.

For more information on this film, you can visit the film's official website at: http://www.thebadgergame.com/

Liam is a successful advertising executive with money to burn and a healthy appetite for infidelity. Alex is his scorned mistress, hell-bent on revenge against the married man who wronged her. Matched against each other, the two quickly fall into a downward spiral of sex, extortion, and murder.? At first, the plan seemed simple: take Liam hostage and threaten to expose his indiscretion, lest he pay a healthy sum of money. But Alex knows she can’t do it alone. Enter Kip (her unhinged brother), Jane (an exotic dancer), and Shelly (a desperate wallflower). With the table set and the team in place, Liam soon finds himself held against his will - his perfect world about to crumble.? But Liam won’t go down without a fight. Forced to reckon with four mysterious captors and impossible odds, his only hope is to turn the quartet against each other and make it through the night alive.