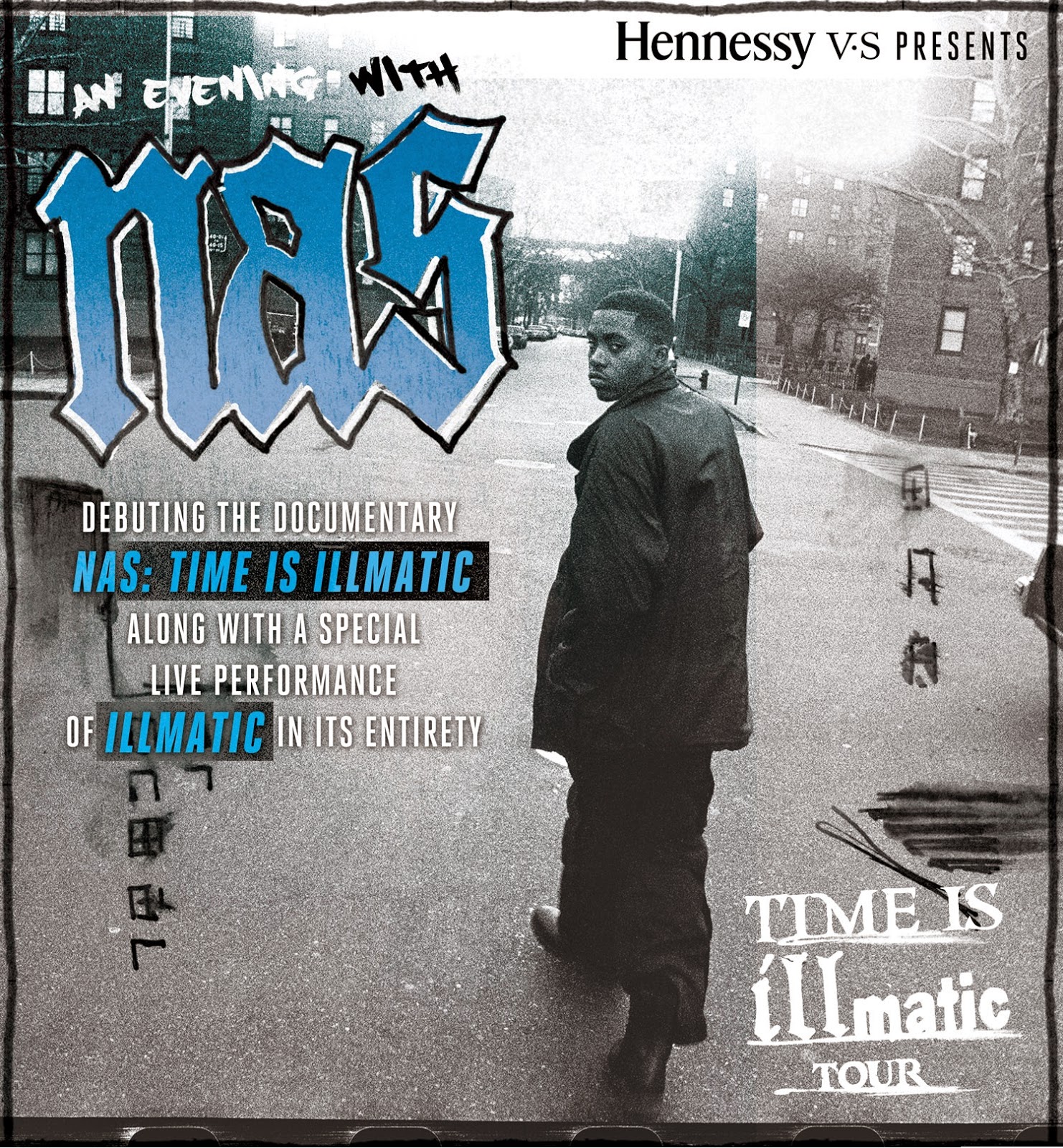 Tribeca Films recently send us information for the upcoming documentary "Nas: Time is Illmatic". The film focuses on Nas's Illmatic. It traces Nas’ influences and the insurmountable odds he faced in creating the greatest work of music from hip-hop’s second golden era. The film hits theaters staring in New York on October 1st with a national rollout to follow. VOD release will be available on October 3rd.

Nas will also be going on tour to support both his new album and film. List of screening and tour stops will be found at the bottom of the press release.

Nas will be kicking off a North American Fall Tour on October 2, 2014 in Rochester, NY (see below for full tour routing), in conjunction with a special screening of his documentary film, Nas: Time is Illmatic. Each show on the tour will be a special event where the film will screen followed by Nas performing Illmatic start to finish. The film will open theatrically via Tribeca Film beginning in New York on October 1st, with a national expansion to follow. It will be available on demand and iTunes starting October 3rd. The tour and the theatrical release of the film will cap off Illmatic’s 20th anniversary celebration.

Nas: Time is Illmatic follows the trajectory of his 1994 landmark debut album, Illmatic. It traces Nas’ influences and the insurmountable odds he faced in creating the greatest work of music from hip-hop’s second golden era. The documentary is directed by multimedia artist, One9, written by Erik Parker, and produced by One9, Parker, and Anthony Saleh. The film was supported by The Ford Foundation’s Just Films, Tribeca Film Institute’s Tribeca All Access program, and Hennessy V.S. to help bring Nas’ inspiring story of tireless pursuit of excellence to audiences nationwide.

"I want to thank Robert De Niro, Jane Rosenthal, and the Tribeca Film family for all of the love & support they've given Time Is Illmatic,” said Nas . “It is an honor to be in partnership with them, and I feel there is a cultural kinship bonded by the city of New York."

“When we started this project, Erik Parker and I couldn’t imagine that audiences would one day be able to experience the film with a live performance of Illmatic, the album that started it all. It will make each night a truly special moment for the culture. We are sure people of all generations will be inspired by the story of Nas, the Jones family, and electrified by a live performance,” said One9.

TOUR DATES:
*Will not be screening Nas: Time is Illmatic