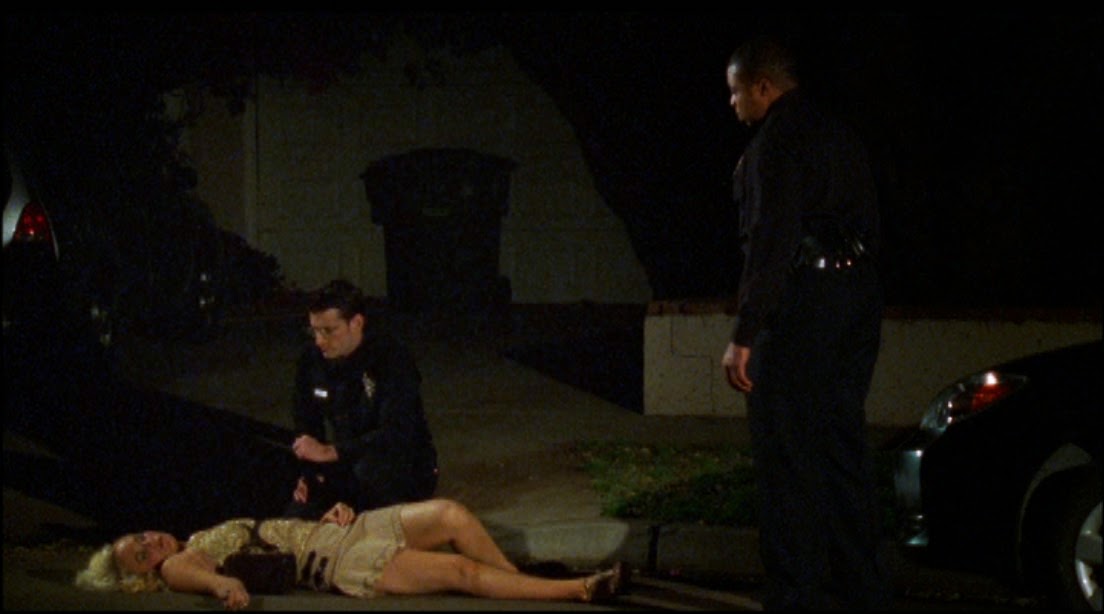 Soul Killer is an interesting movie. It's a study in contradictions, really. It's a low-budget movie and yet, aside from the sorry-looking blood where it appears, the production value isn't bad... which is especially impressive when you consider it was produced in 2009, five years ago! It's composed of a relatively unknown cast, but they're mostly all pretty good. It's a typical slasher flick with your typical characters like the endangered heroine, the nice friend who looks out for her, the bad new friend who leads her astray, and the wizened, older character who tries to guide her, yet it has a fresh take on things and a clever slasher. It even has the stereotypical twist that usually make your eyes roll, but this one was kind of fun.

And yet, for all the good it's got going for it, it still felt like a pretty bad movie to me.

Written and directed by Bob Canode, Soul Killer is the story of Natalie, (played by Kelly Chambers, the star and easily most talented part of the cast), a girl who desperately wants to move up to a higher position in the company but who just got passed over for promotion in favor of a younger, sexier, newer coworker who doubtlessly slept with their slug of a boss to land the higher spot. A more experienced coworker takes Natalie under her wing, teaching her about how networking and drugs and sex appeal are faster ways to the top, all of which is pulling Natalie away from her kind, sweet best friend and roommate. But don't worry, in the midst of all that bland genericness, there's another story going on, and it's a pretty good one.

See, another contradiction! What did I tell you?

There are grisly murders going on, and only Natalie can see the killer. I won't reveal what the killer is (although if you're even the slightest bit conscious the title probably helps with that) or what its motivations are because I don't like to do spoilers. Suffice to say that aside from being the only one who can see the killer, Natalie eventually find herself in the killer's cross hairs. The concept is refreshing; while it certainly isn't the first time the star could see the monster and no one else could (and believe me, she's good, but Kelly Chambers is no William Shatner), the idea is a hell of a lot fresher than all the other constantly recycled ideas out there.

Y'know, if you can get past the fact that the killer looks like Hugh Hefner in a black bathrobe wearing a dickey and a black stocking on his head to make him look headless. Or just that his head was all black and featureless, I couldn't really tell what they were going for.

I'm not at all sure where Soul Killer went wrong for me. The acting wasn't bad. The story was good enough. Honestly, nothing about other than cheap effects was really bad. I just personally couldn't get into it. But objectivity it was a decent flick, and I give it 2.5 stars out of 5.
at 6:21 PM
Labels: Reviews, Soul Killer