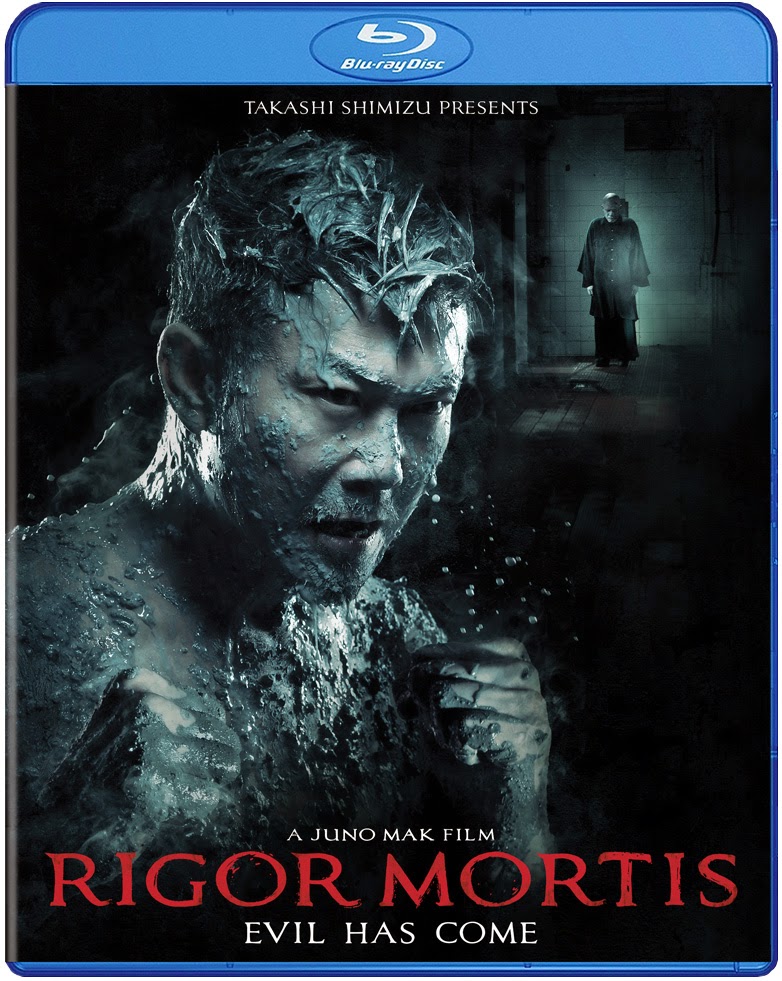 “Rigor Mortis” is one of those horror films that drew my interest almost immediately. With a film festival resume like Fantastic Fest, Toronto International Film Festival, Sitges Film Festival and the fact it’s a vampire film, I was very interested in checking this film out.

The film follows a washed up actor, as he moves in to an apartment complex. He’s become suicidal and desperate, as his life spirals out of control. To make matters worse for him, the apartment building that he moved into is occupied by zombies, supernatural creatures, ghost hunters and vampires. Now, he must find a way to fight all the strange occurrences before he goes insane.

“Rigor Mortis” is one of those horror hidden gems that you don’t get to see very often. This film has an ensemble feel to it from start to finish. Great acting, great direction and a very good screenplay. It’s something that you don’t typically see in a horror film.

One of the reasons that I enjoyed this film so much was the direction. First time director Juno Mak does a very good job making sure the film has a gothic tone to it. Whether it’s the action to some of dramatic scenes, he makes sure that they have haunting and dark feel to it. This made most of the drama scenes work so well on screen. The other thing that Mak does well is to make sure the effects were very good. He and his special effects team were able to mirror the tone the film to the various effects they created for some of most intense scenes in the film. This helped with making the film feel so gothic. The acting in this film was very good. I liked how, Mak is able to get the performances that he needs to makes this film very good. He gets some great lead performances here from Siu-Ho-Chin and Nina Paw, as I was interested in their characters the most. It helped made the film feel more like a chamber drama than a straight up horror film. The performances from them and all the supporting performances helped made this feel more of an ensemble piece.

The screenplay written by Phillip Yung and Lai-vin Leung was very good. One of the things that I liked about it was the fact that it developed its characters. The writers did a very good making sure that they were fully developed and very interesting to watch. It made some of the film’s most dramatic scenes work so well and it made you invested with this film. The other thing that the screenplay does well was that it felt very dark. They did a very good job making sure the scenes had a dark tone that was so consistent from the first scene to the last scene. It makes everything from the dramatic scenes to the action scenes in the story feel very haunting and creepy. This helps make the story work so well.

It’s very rare that an Asian film can be so Gothic have great effects and great characters. “Rigor Mortis has that, as it’s a very good film that works both on horror and dramatic level.