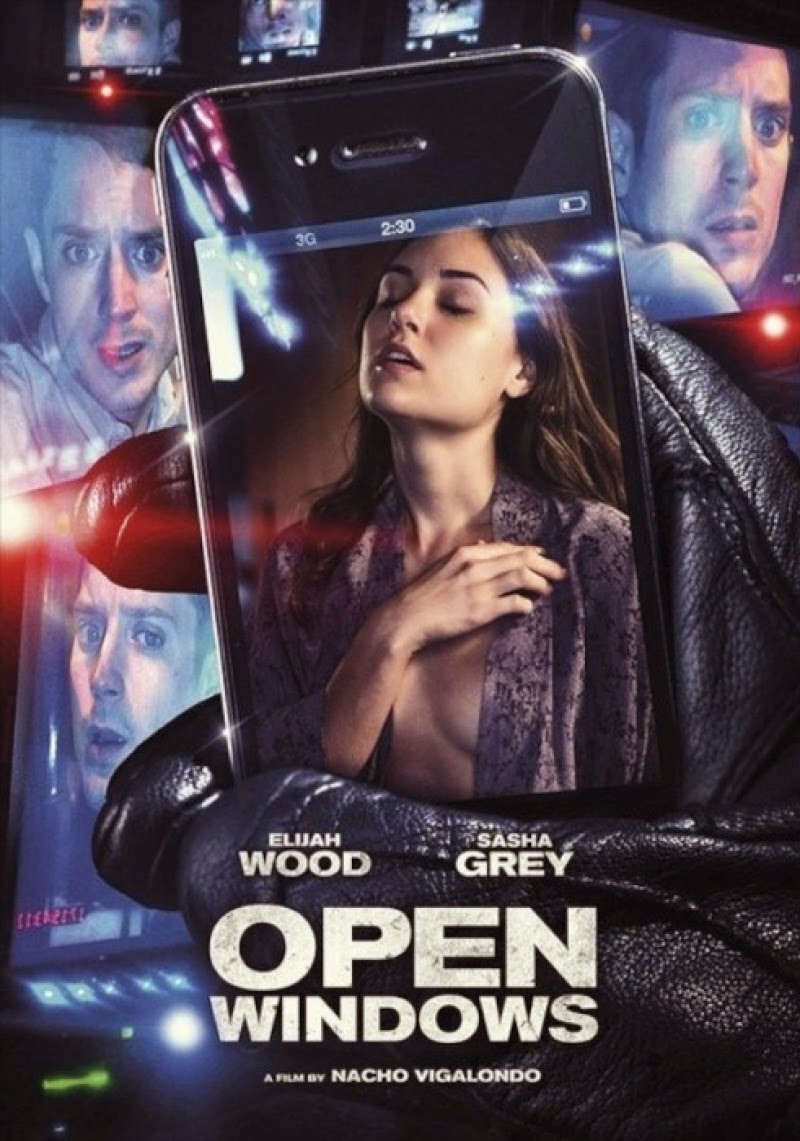 Cinedigm Corp. (NASDAQ: CIDM) announced writer-director Nacho Vigalondo's Open Windows will be available on VOD and digital download October 2nd and in theaters November 7, 2014. A return to the thriller genre of his much-celebrated debut Timecrimes, the film has been called a "breathless, twisting narrative" (Twitch, Peter Martin).

Starring Elijah Wood and Sasha Grey, Open Windows, uses a unique visual language with webcams and live feeds to tell a nail-biting story in real time. "Some years ago my producers asked me to come up with a movie in which social networks and the language of the Internet would feature heavily. I made a counter-proposal: taking the concept to its limit by writing a film that took place entirely on the desktop of a computer, pushing the envelope of the production to make it a really unique adventure," said Vigalondo.

The film premiered at this year's SXSW Film Festival and was partially filmed in Austin, TX, using the Alamo Drafthouse and its annual genre film festival, Fantastic Fest, as the backdrop.

Oscar®-nominated writer-director Nacho Vigalondo(The ABCs of Death, Extraterrestrial, V/H/S Viral) creates an action-packed world of voyeurism and suspense in his thriller OPEN WINDOWS. Nick (Elijah Wood, Maniac, The Lord of the Rings) is excited to discover that he's won a dinner date with his favorite actress, Jill Goddard (Sasha Grey, Would You Rather, The Girlfriend Experience). But when Jill refuses to honor the contest, her manager Chord (Neil Maskell, Wild Bill, Pusher) makes an offer he can't refuse: the ability to view Jill secretly via computer. Nick begins watching the unknowing star on her webcam, not realizing that this decision will put both himself and Jill at risk as they enter a terrifying world of cat-and-mouse where nothing-and no one-are as they seem.