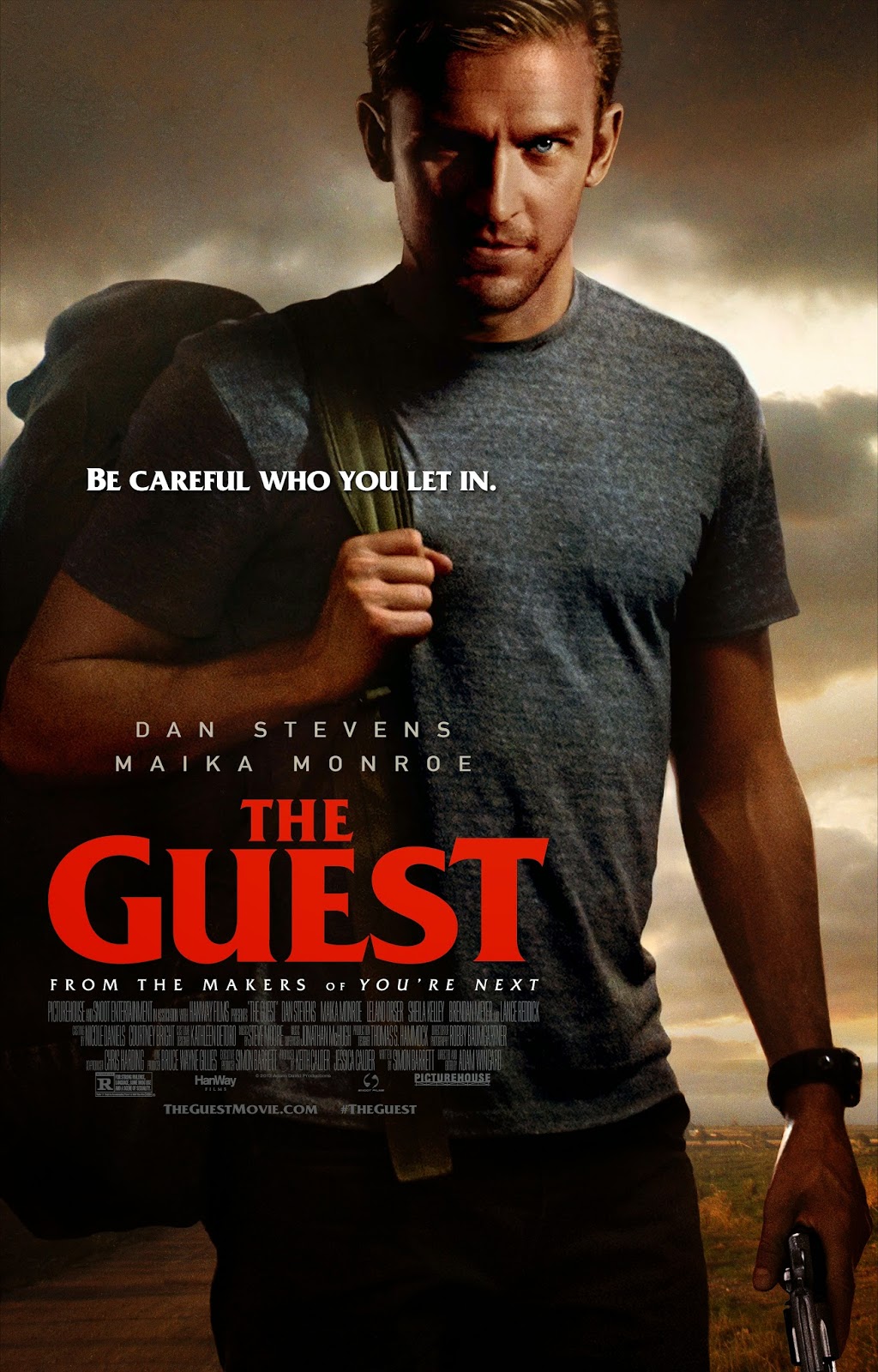 For more information on this film, you can visit the film's official website at: http://theguestmovie.com/

Still struggling over the loss of their oldest son, Caleb, to the war in Afghanistan, the Peterson family finds some solace when an unexpected visitor knocks on its door. David, a steely eyed and charismatic soldier who was recently discharged, is welcomed into their home when he comes to fulfill a promise he made to his fallen comrade. Siblings Anna and Luke are at first reluctant to accept David’s presence, but he soon wins them over by scoring kegs for Anna’s friends and roughing up some bullies from Luke’s school. Though he appears to be the perfect houseguest, a mysterious and sinister chain of events causes Anna to question whether David is actually whom he claims to be.