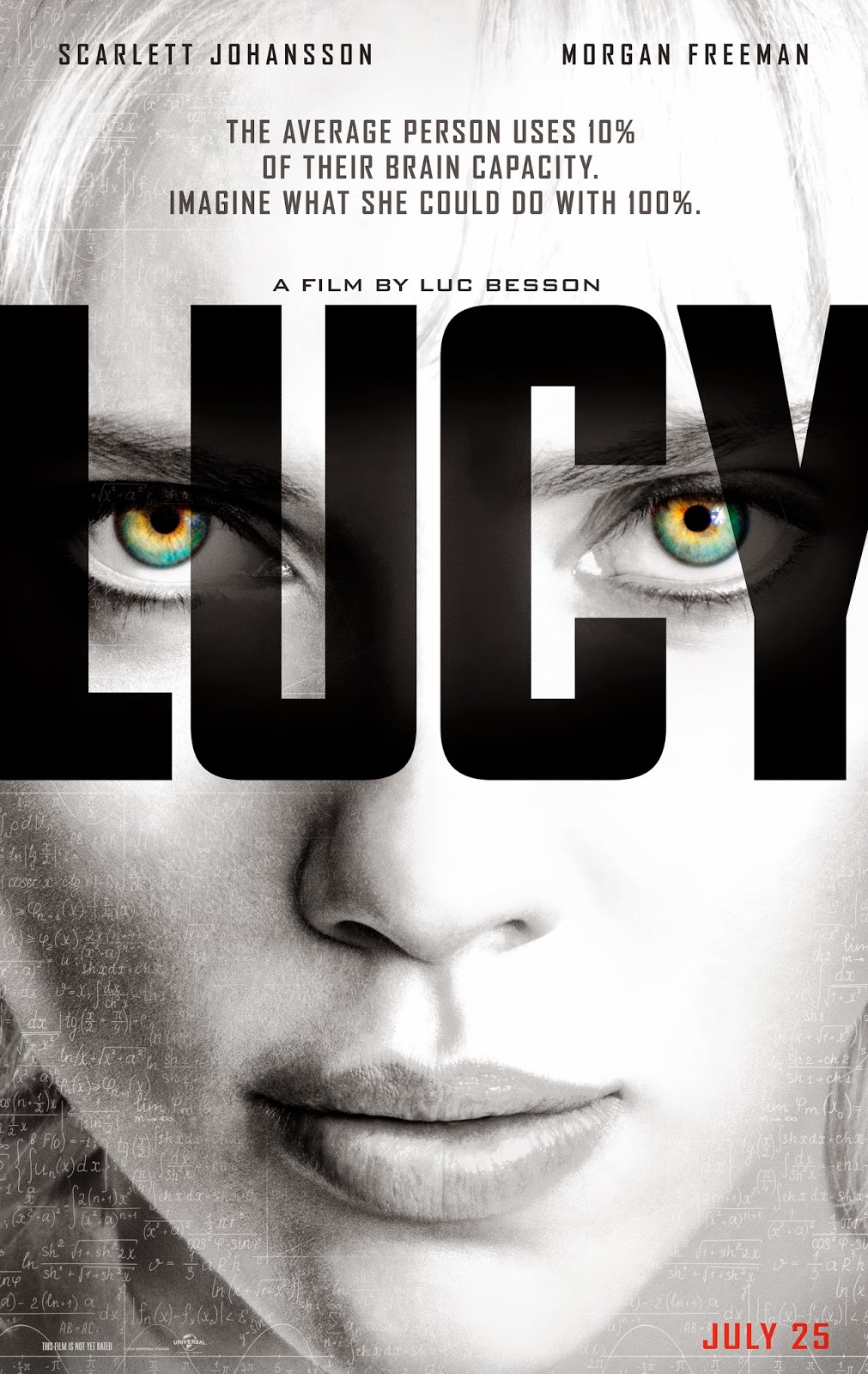 'LUCY': Three and a Half Stars (Out of Five)

Sci-Fi action flick written and directed by Luc Besson. It stars Scarlett Johansson as an American woman, living in Taiwan, who's forced into transferring a powerful drug, hidden in her abdomen. When the drug starts leaking it allows the woman to use her brain's full functioning capacity, which in turn gives her super powers. The film costars Morgan Freeman, Choi Min-sik and Amr Waked. The film deals with some interesting theories but it's much more fantastical than intelligent science fiction. Still it's action-packed and pretty entertaining.

Johansson plays Lucy, a young American woman who's living in Taipei, Taiwan. She just began dating a drug mule there, named Richard (Pilou Asbaek). After Richard makes Lucy do his job for him, and he's killed, the Korean gangster he was working for, Mr. Jang (Min-sik), forces Lucy to take his place. A powerful synthetic drug, called CPH4, is sewn into her stomach and she, and three others, are forced into transferring the drugs into Europe. After being beaten, by one of Jang's men, the drug begins to leak inside her. This makes her increasingly smarter; which gives her special abilities. Freeman plays a Professor that Lucy goes to for help.

The theory that we only use 10% of our brain's capacity is heavily explored in this film (although most scientists say it's just a myth). In this movie when Lucy begins using 20% of her brain, and increasingly higher amounts, she develops super human abilities; like telekinesis and mental time travel. She keeps getting more and more powerful, self aware and also increasingly emotionless. This makes her character seem extremely unrelatable; she's still an awesome action heroine though. Besson is well known for doing action flicks with really strong female characters (like 'LA FEMME NIKITA', 'THE FIFTH ELEMENT' and 'THE MESSENGER: THE STORY OF JOAN OF ARC'). Johansson's character here continues that tradition. As an action flick it works but it's definitely not full of intelligent big ideas. It does try to do something different but it's still highly reminiscent of other recent sci-fi flicks like 'TRANSCENDENCE' and even 'HER' (which also featured Johansson). It's definitely entertaining enough for 90 minutes though.
at 4:02 PM
Labels: Lucy, Morgan Freeman, Reviews, Scarlett Johansson, Universal Pictures