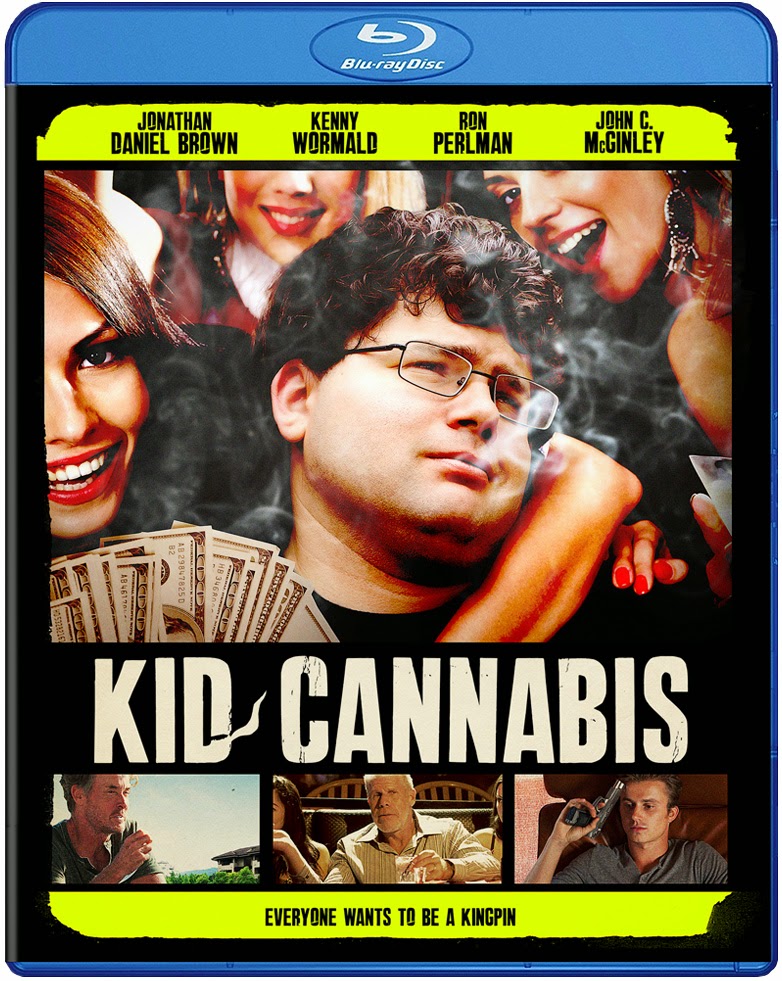 'KID CANNABIS': Three and a Half Stars (Out of Five)

Crime drama/comedy flick about a high school dropout who becomes a multimillion-dollar drug lord when he and his friend start trafficking marijuana, from Canada into Idaho. It's based on the true story of Nate Norman, played in the film by Jonathan Daniel Brown (of 'PROJECT X' fame). It costars Kenny Wormald, Aaron Yoo, Amanda Tapping, Ron Perlman and John C. McGinley. The movie was written and directed by John Stockwell and it's based on articles by Mark Binelli and Kevin Taylor. I was surprised to find out the film is not a joke; it actually takes the subject matter seriously and depicts it in a, somewhat, realistic way. It's also funny at times.

Nate Norman (Brown) was an overweight 18-year-old high school dropout, who lived in Coeur D'Alene, Idaho with his mother (Tapping) and kid brother (Mark Hills). He delivered pizzas, not only to support him but his family as well, and loved getting high with his 27-year-old friend Topher (Wormald). One day, while delivering pizzas, he comes up with the idea of smuggling drugs from Canada; by running them through the woods across the border. He asks Topher to partner with him, on his plan, and when the two start making a lot of money, he enlists the help of their other friends as well. Things go really well for the guys until greed and rival drug dealers become a huge problem.

The movie is marketed as a teen sex comedy flick (with a lot of drug use as well). It definitely has a lot of sex, nudity and drug use but it's not a slapstick comedy in any way. There's humor frequently but for the most part it's a pretty serious attempt to depict what life was like for these two, very young, drug dealers. It's raunchy but also brutally violent and suspenseful at times. I found it involving and informative and I like how they didn't make Nate or Topher out to be heroes. Sure they're likeable guys, who meant well and didn't really do anything wrong, but they were also greedy and selfish too. The performances are all good and Stockwell does a decent job writing and directing (he's directed other cool B movies like 'BLUE CRUSH' and 'IN THE BLOOD'). I enjoyed this movie and think it's definitely worth a watch.
at 2:12 PM
Labels: Kid Cannabis, Reviews, Well Go USA